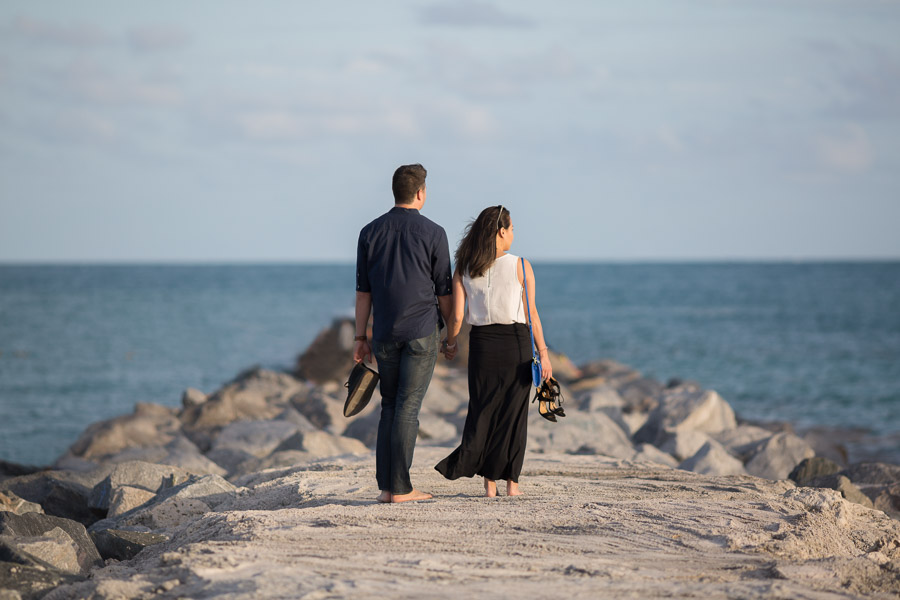 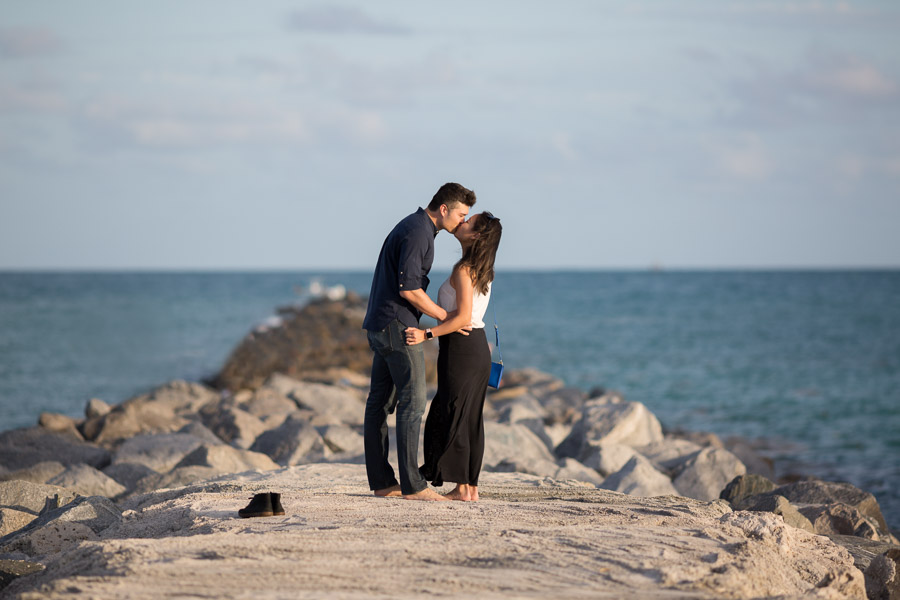 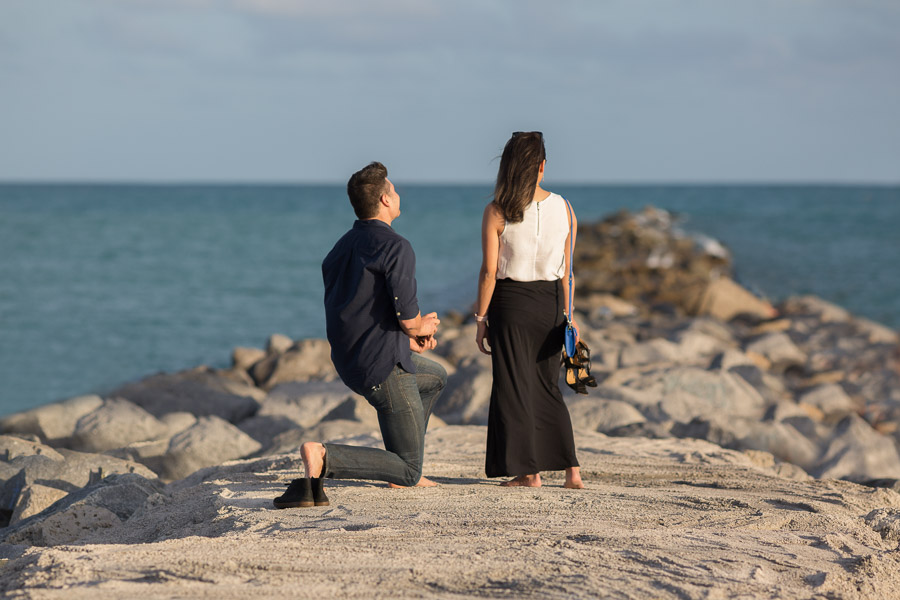 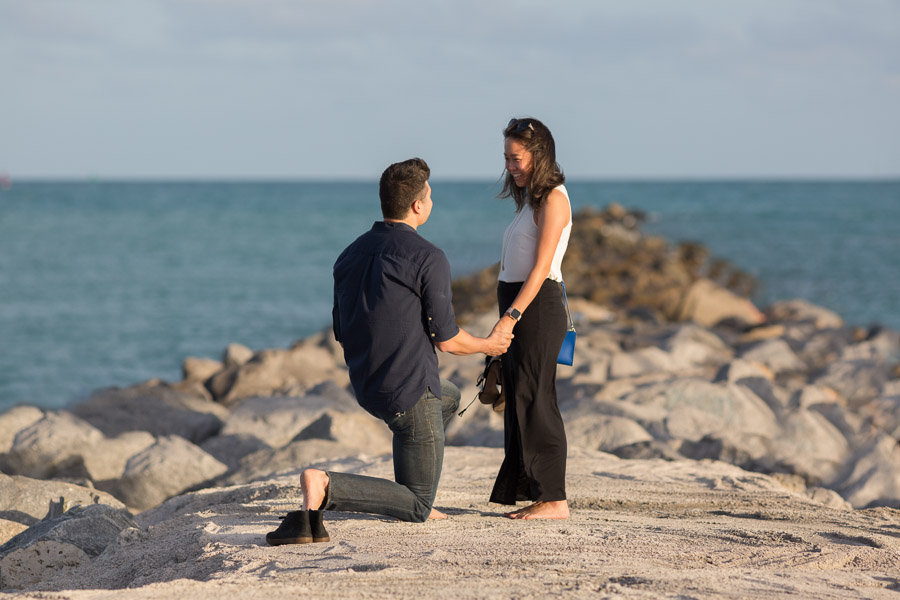 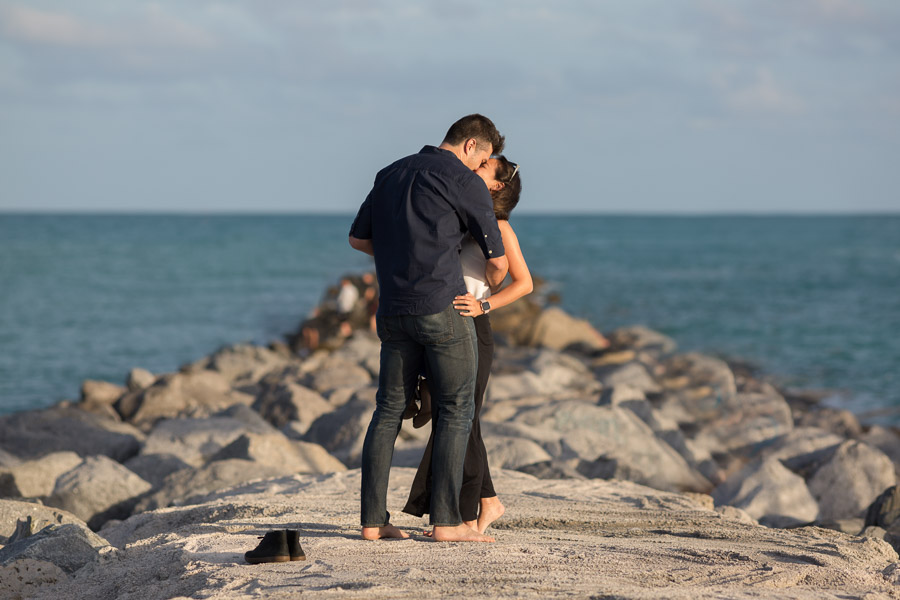 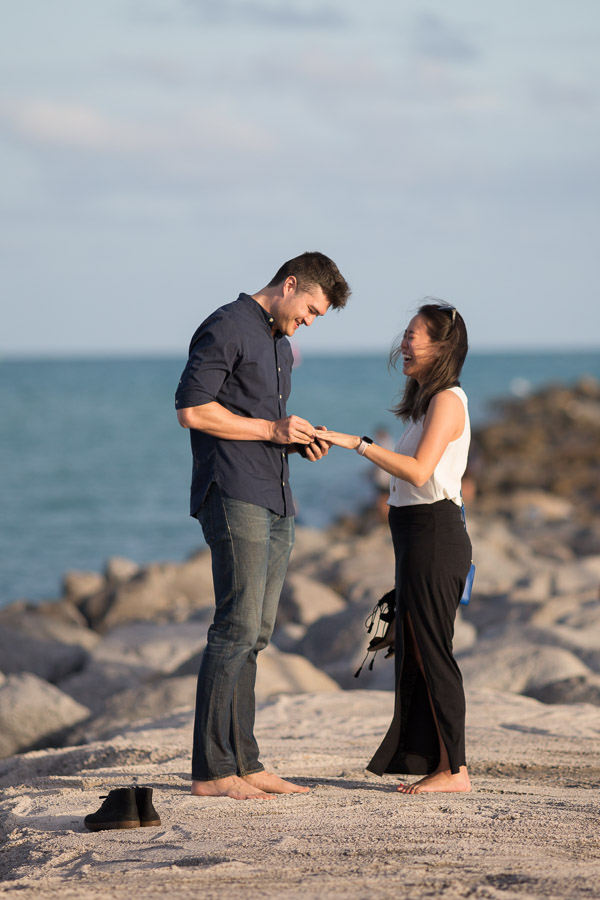 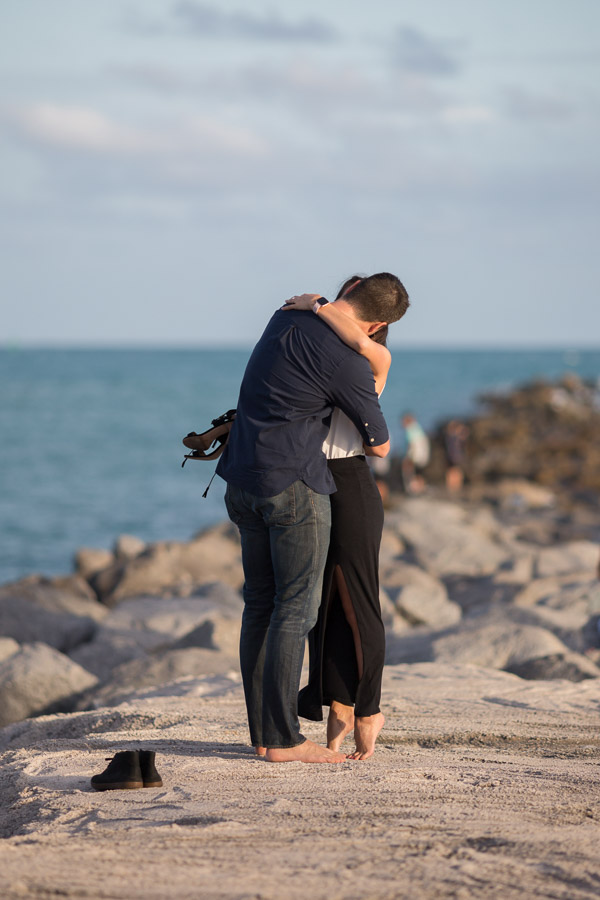 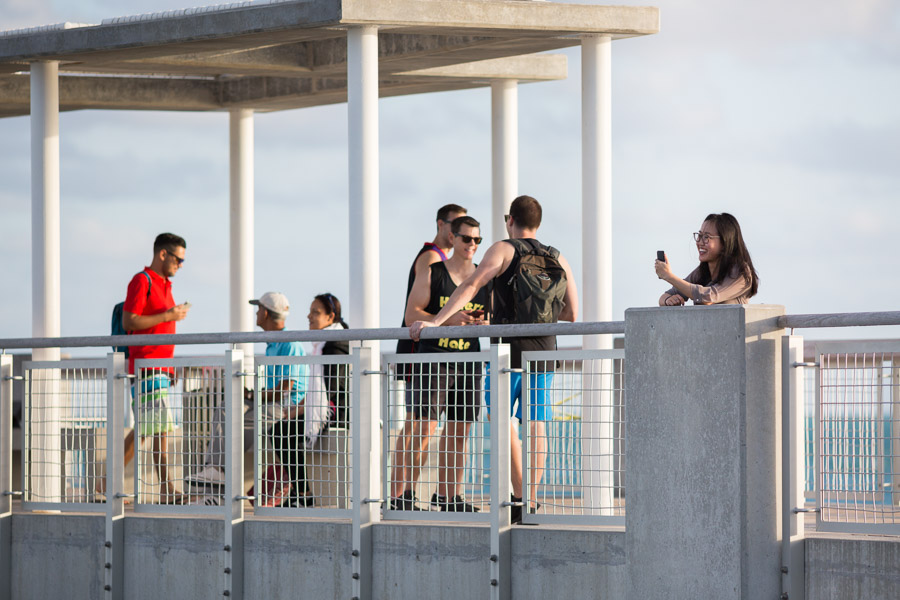 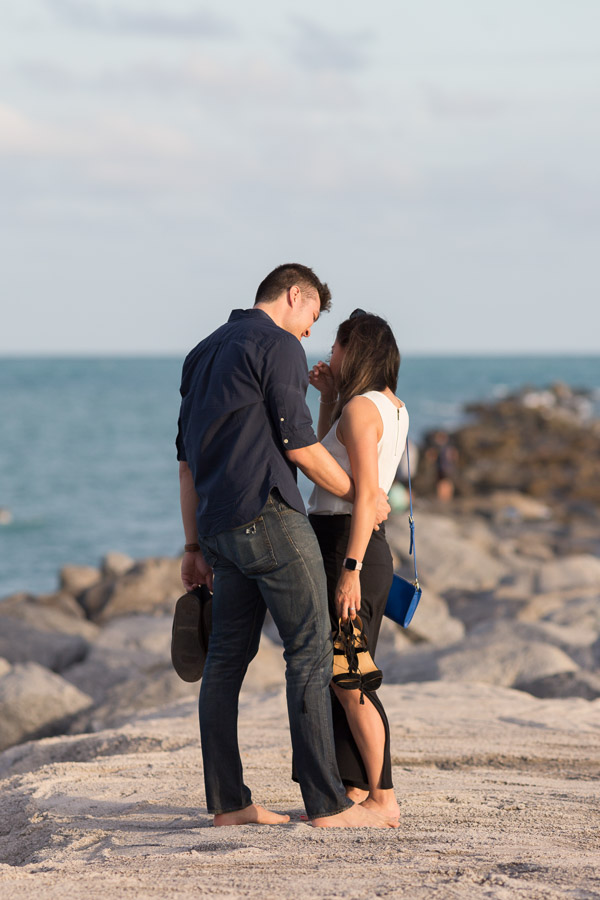 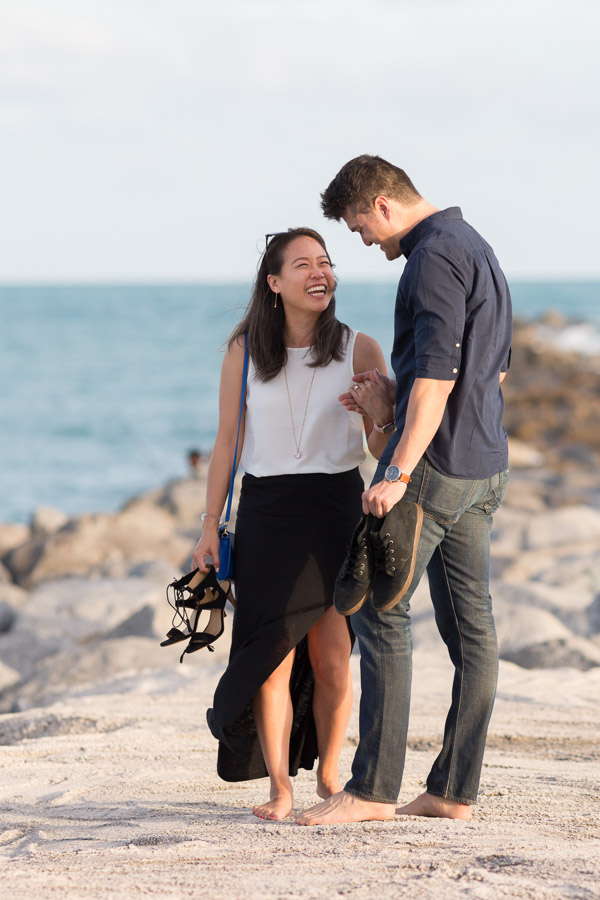 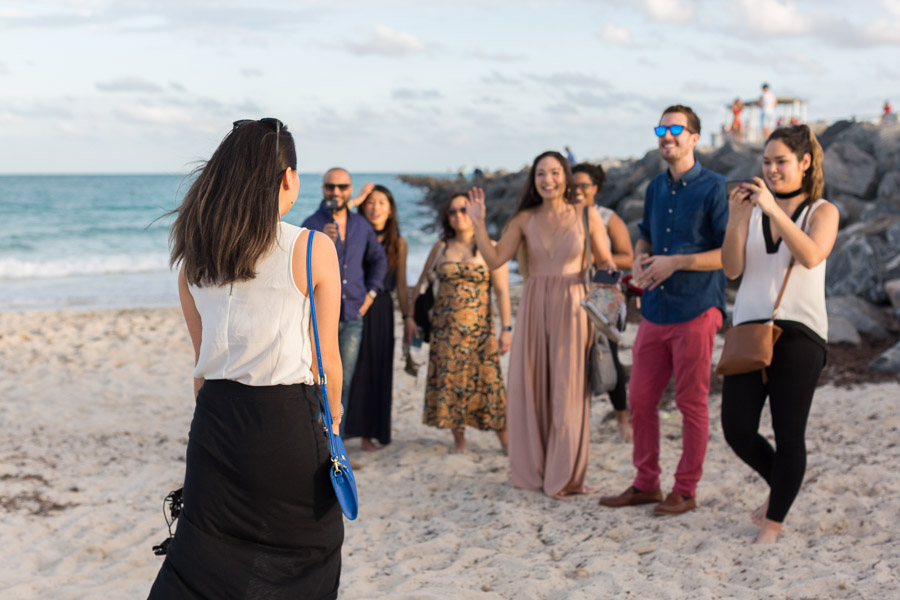 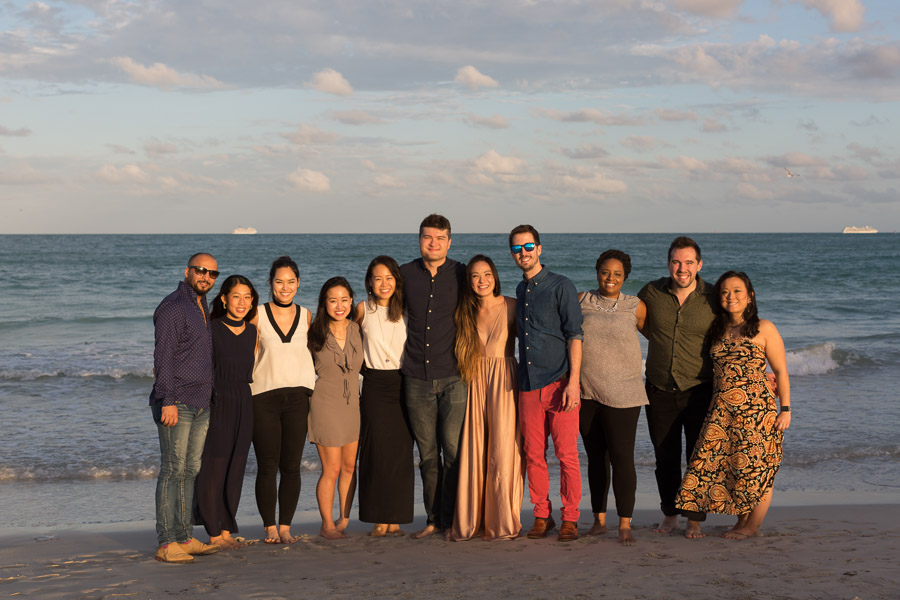 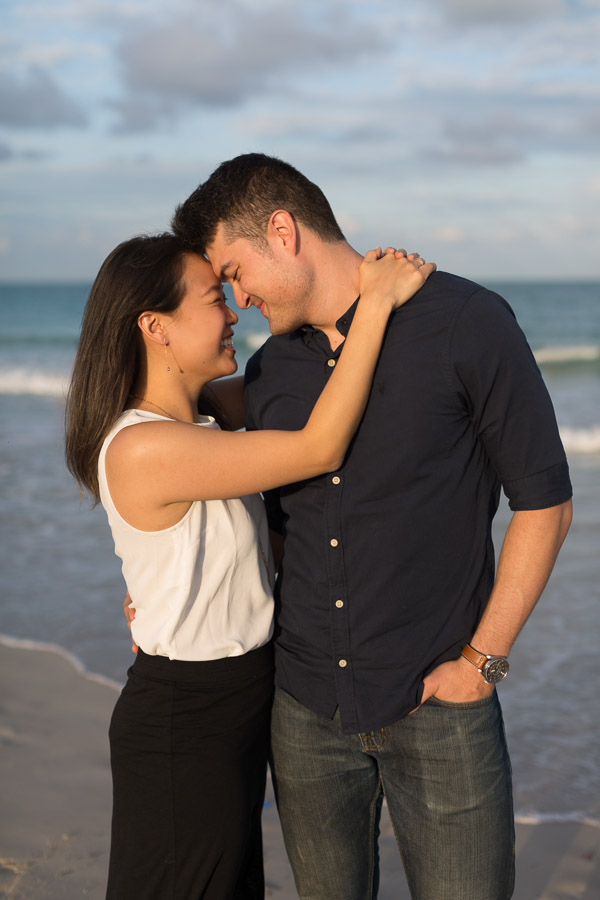 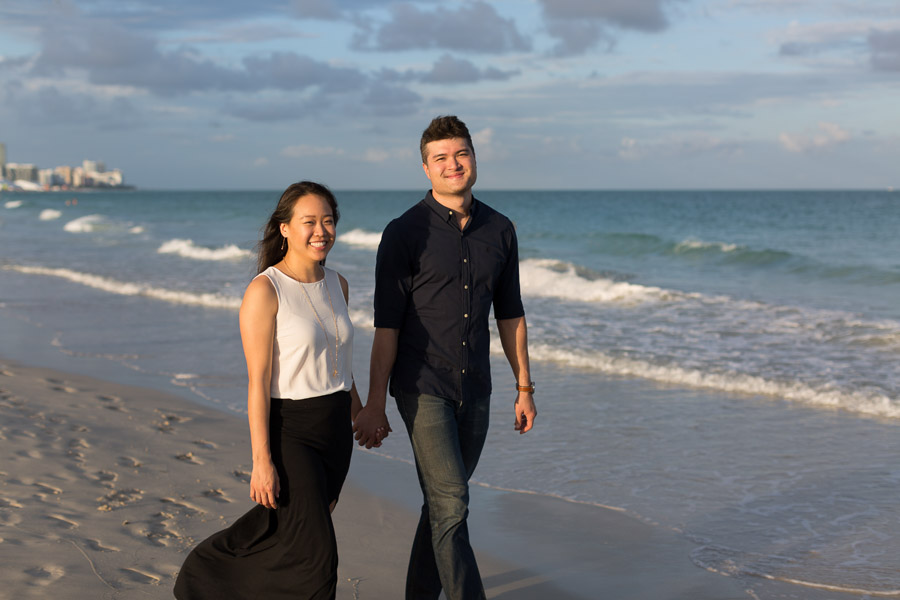 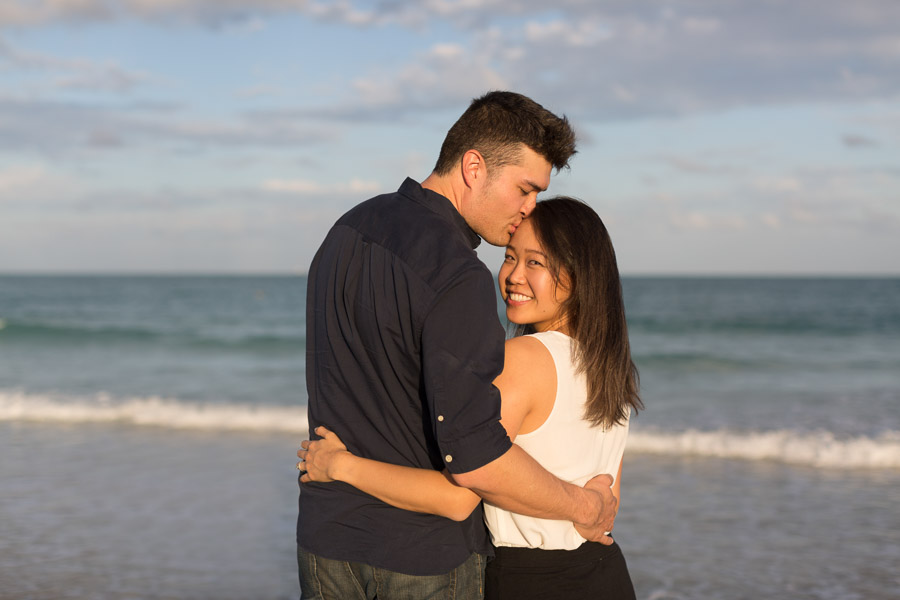 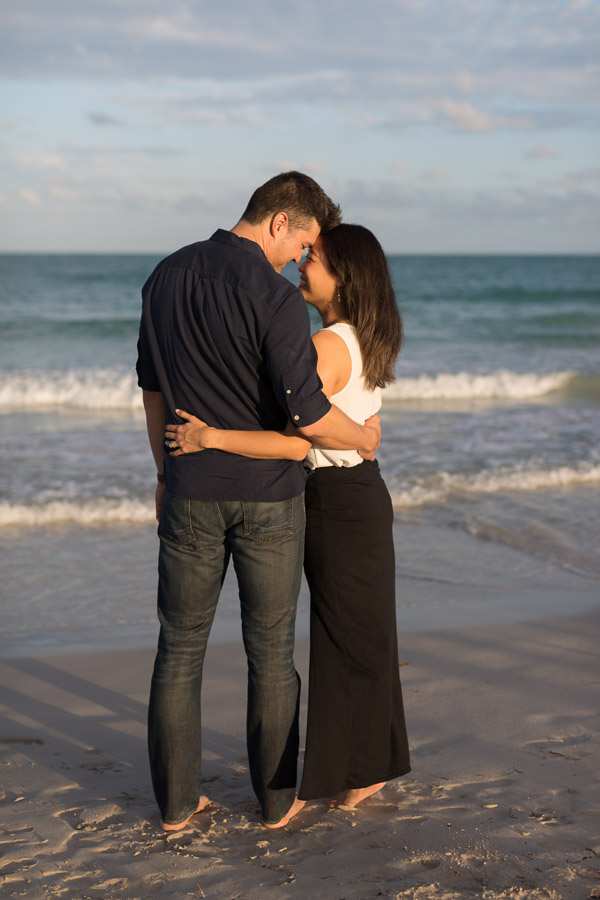 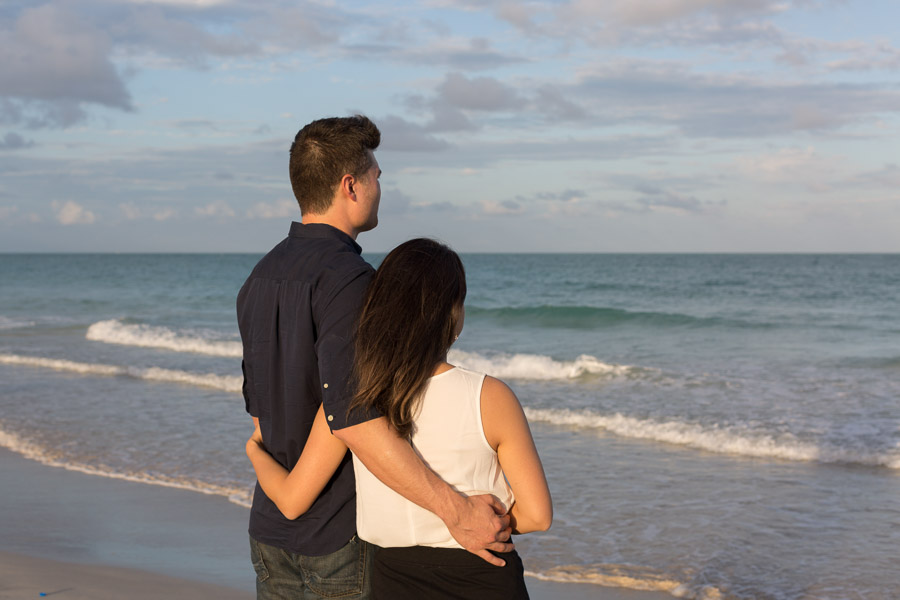 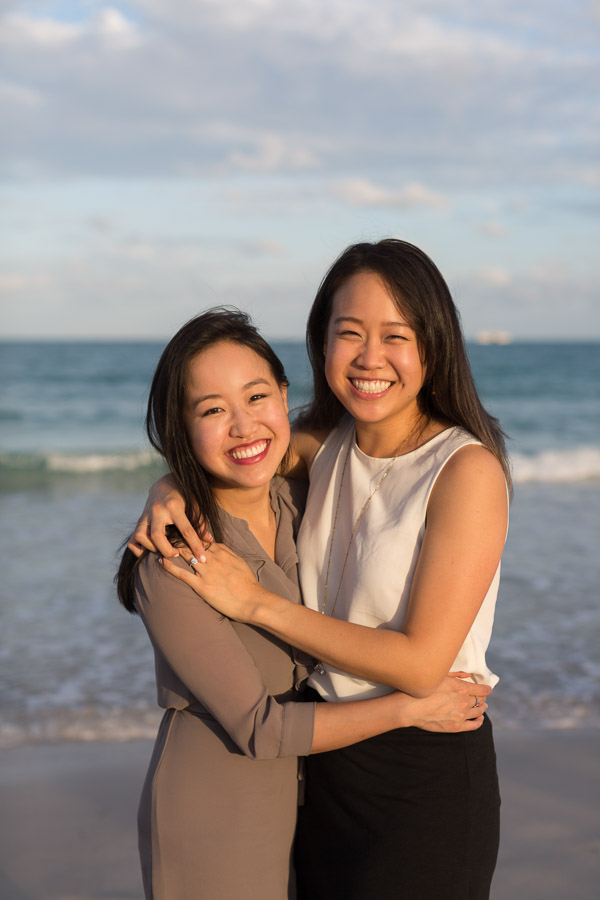 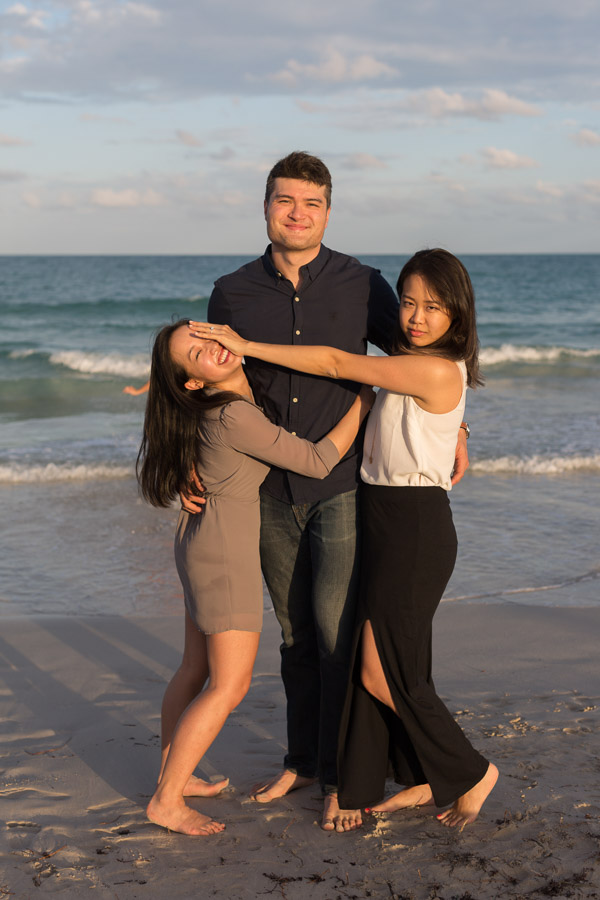 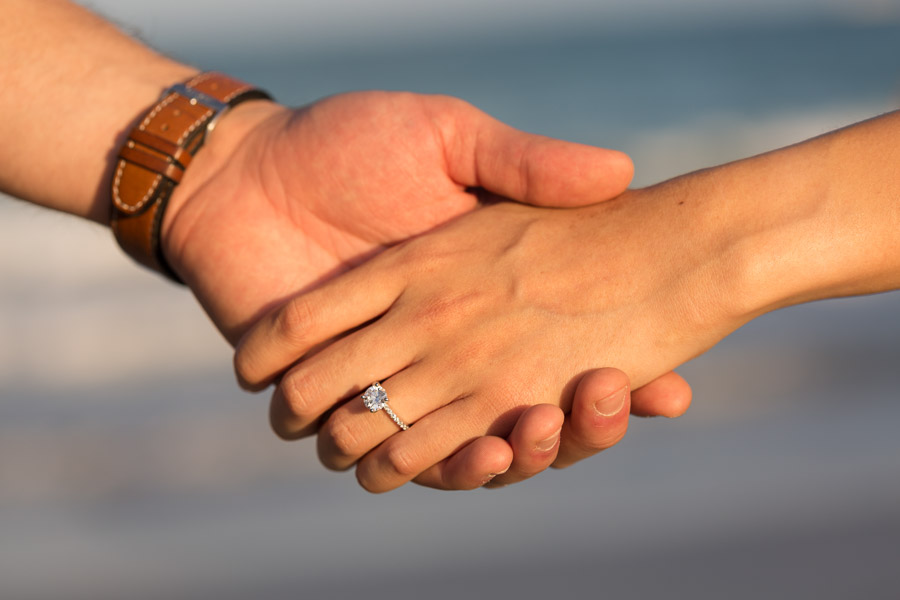 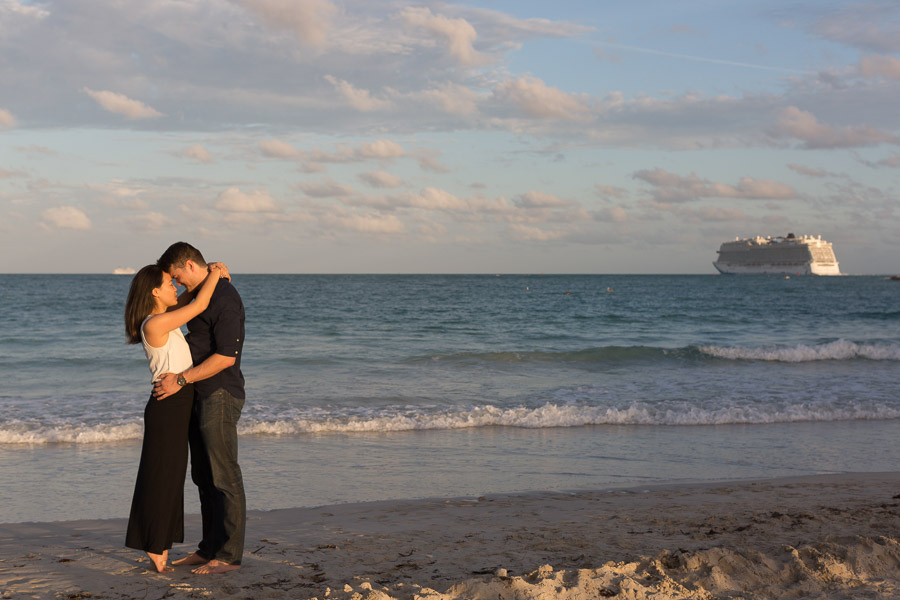 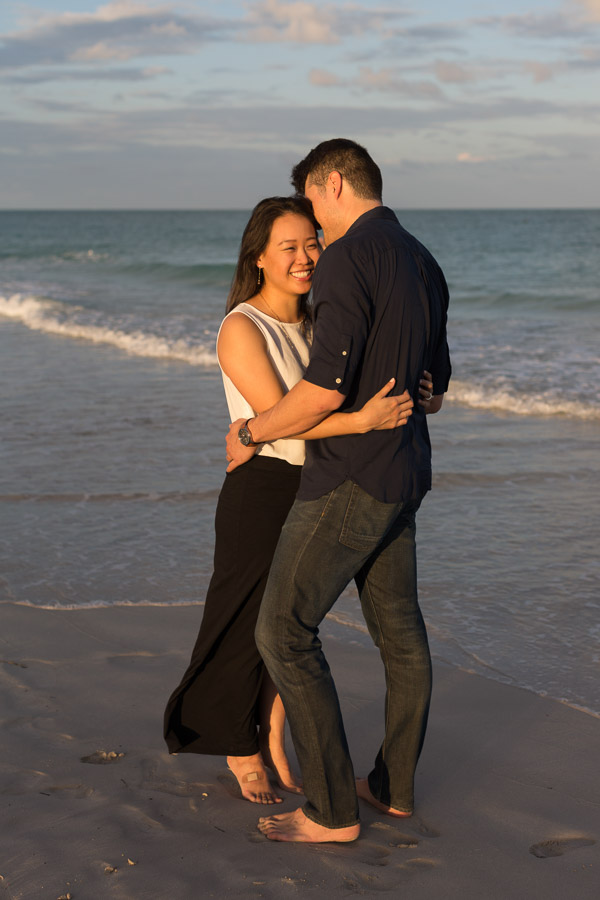 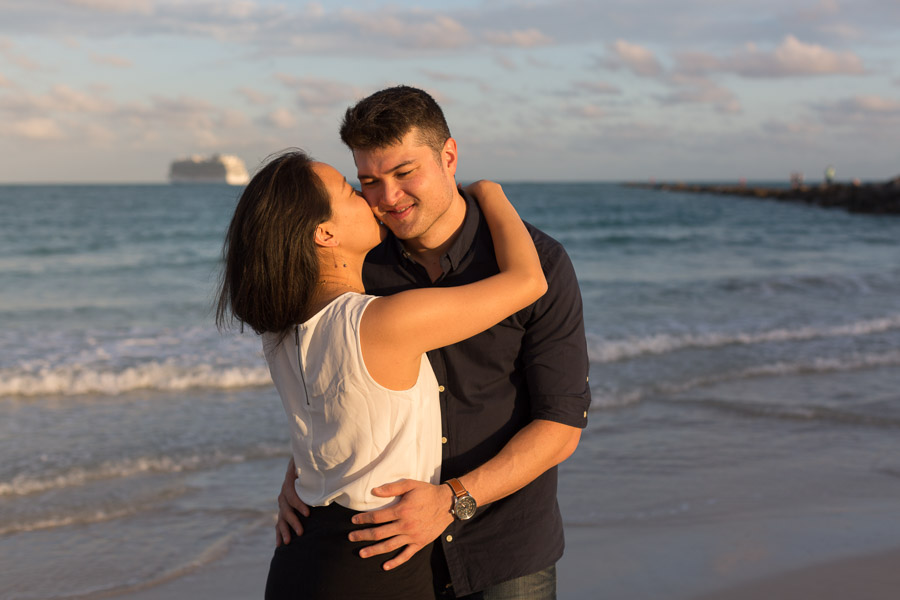 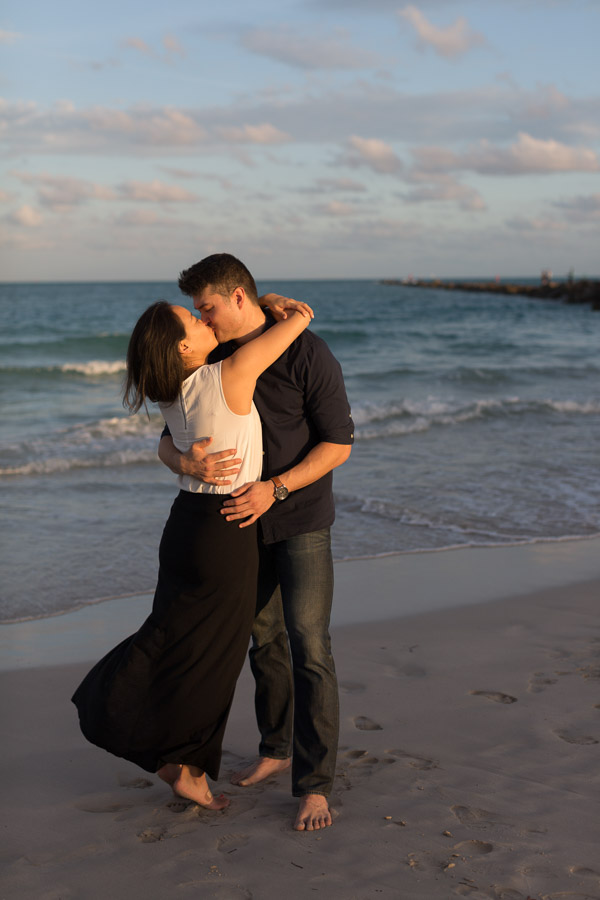 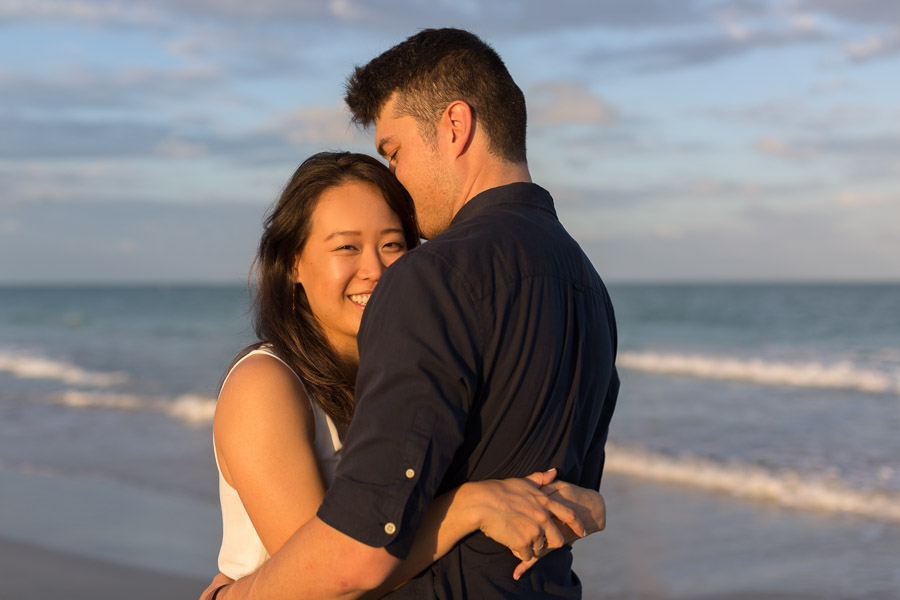 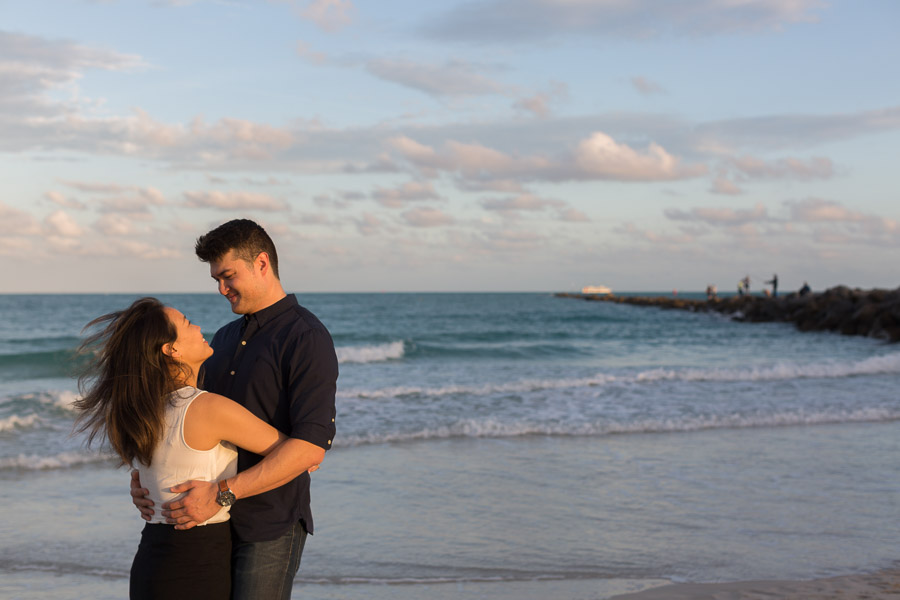 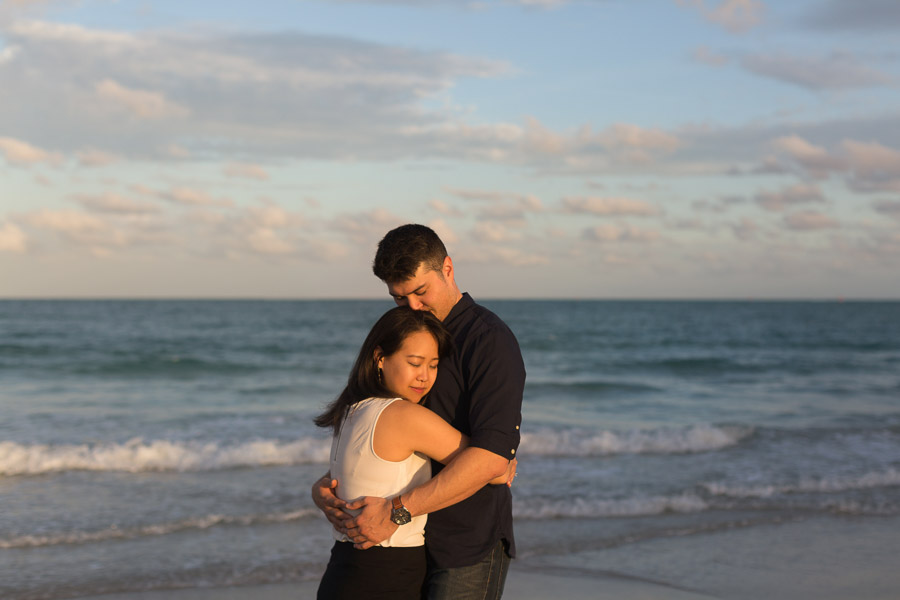 Justin and Whitney met in college but didn’t end up dating until much later. They came into town with a bunch of their friends and unbeknownst to Whitney, her sister flew into town to surprise her. Justin looked into different locations for the proposal but ultimately decided on proposing on the rocky pier by South Pointe Park. It was a beautiful December afternoon and I arrived at the park early. I met up with her sister who had already scoped out the area. She would be on the South Pointe Pier watching things unfold.

Justin and Whitney arrived at South Pointe with their friends who were part of the distraction so she would be completely unsuspecting. They took selfies as I slowly followed from a distance. Eventually some of the friends wandered off and Justin and Whitney continued walking themselves toward the beach. They made their way on to the raised rock-lined pier (not to be confused with the paved pier to the right of it where her sister was). They looked out onto the water with their hands clasped.

Whitney continued to look out toward the horizon as Justin got down on one knee just behind her. She turned toward him as a smile washed over her face. He put the ring on her finger and she laughed, her eyes filled with joyful tears.

When they walked down to the beach, their friends were waiting to congratulate them. After a quick photo with the entire group, we spend the remainder of the time photographing just the two of them in the sun’s final glow.

See all of the surprise proposals in Miami on the blog and on Pinterest. You can also take a look at other photo sessions at South Pointe Park. Justin and Whitney’s Surprise Proposal in South Beach, Florida took place before sunset. The best time for a beach session is generally around sunrise and 1-2 hours before sunset. Contact me here to book a photo session or send an email to [email protected] .

Justin also left me this very kind review on Google:

THE BEST!!!
Tova was so kind and easy to work with for our surprise proposal photography. Sunset proposal photos of the moment and the photoshoot afterwards turned out with amazing (focus, lighting, editing). I was indecisive about location (for privacy) and time of day (for lighting) and she was extremely understanding.
You can definitely trust her with your once in a lifetime moment.

Wishing them both a lifetime of love and happiness together!! 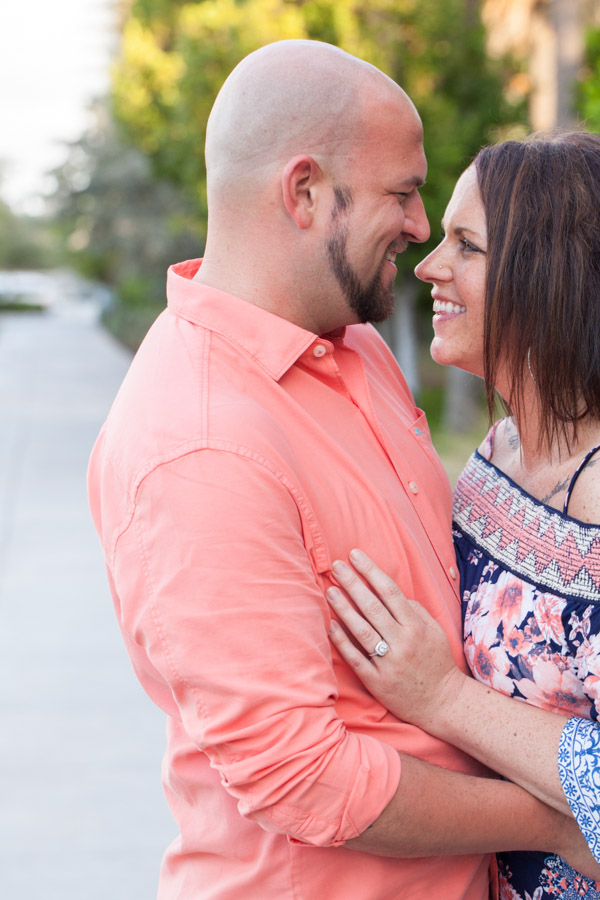 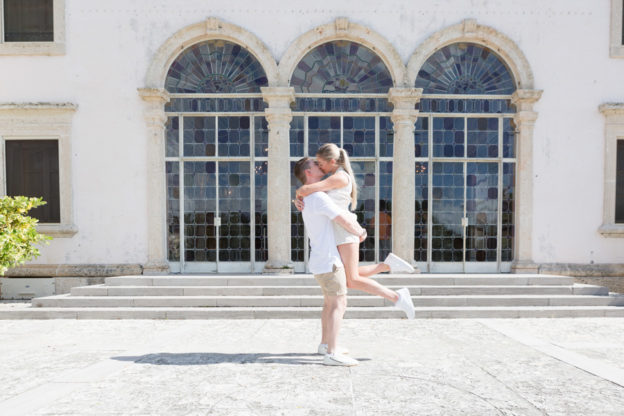