Spencer reached out to me wanting to have his surprise proposal captured. He is a talented filmmaker and wanted this special moment documented. He mentioned that the beach is Megan’s favorite place in the world, and Key Biscayne was their favorite spot to spend time. So we set up a day and time, and made up a specific meeting spot by the beach near the Cape Florida lighthouse in Bill Baggs State Park. Once I saw them walk toward the beach, I followed them from a distance and captured the entire proposal including her surprised reaction! Photographing their proposal was a joyful moment for me. Here is Spencer’s story of how they met in his own words:

I met Megan when I was 18 years old, three weeks into Freshman year at the University of Miami. I moved 1500 miles from home and was regretting my decision. I felt alone and was homesick.

I decided to venture out of my comfort zone to go to a Foam Party at a now condemned nightclub in Miami. I wore a bathing suit and my new memory foam flip flops. I met this beautiful girl who made me laugh and I asked her to dance. I Serenaded her with my rendition of sweet child of mine and eight years later here we are. (Those flip flops were destroyed by the foam. A worthy sacrifice)

From painted faces at football games to playing quidditch to late night walks home from TCBY we did it all at Miami. We even studied… Well at least she did.

Then the biggest test of our relationship. 2 years apart from each other. It was tough but we had Skype dates, cooking dinner together and late night phone calls. Always looking forward to that moment where we would be together again.
It came two years ago when she moved in with me (and Vinny) to our own place in Boston. We picked up right where we left off and have been living the dream ever since.
When we arrived on campus the day I was going to propose to her I took one step out of the Uber and started to cry. And not just a tear, like a full on meltdown. It was not attractive. She asked me what was wrong and I brushed it off saying that I was just so happy to be back on campus. In reality it was because deciding to go the U was the best decision of my life because it led to her.

As I’m writing this she is passed out on the couch next to me after falling asleep during the bachelor and I’m just smiling at her because soon I’ll get to call her my wife.

I love you so much @meggiegray124 and I can’t wait to get home and cook some Mac and cheese for you and finish the bachelor.

As for the day of the proposal, Spencer says it best:

I took Meg through a tour of all our favorite places in Miami to arrive at the beach around magic hour.

I walked her down to the water and then eloquently gave a beautiful speech I prepared. The End… Actually I blacked out once we got to the water and bumbled through my speech. I couldn’t remember if I even got down on my knee until @tovaphotography showed me the evidence. 😂

Anyways despite my lack of consciousness she still said yes!
Happy First Valentine’s Day as my fiancé Megan ❤️ Here’s the little speech I wrote:
Megan, asking you to dance at nocturnal was the best decision of my life. The next eight years with you have been the most amazing adventure I could ever ask for. You are my partner in crime, adventure buddy and best friend. I love you so much. Will you marry me?

Check out all of the surprise proposals and Key Biscayne photo sessions on the blog. Contact me here to book a session or email [email protected] 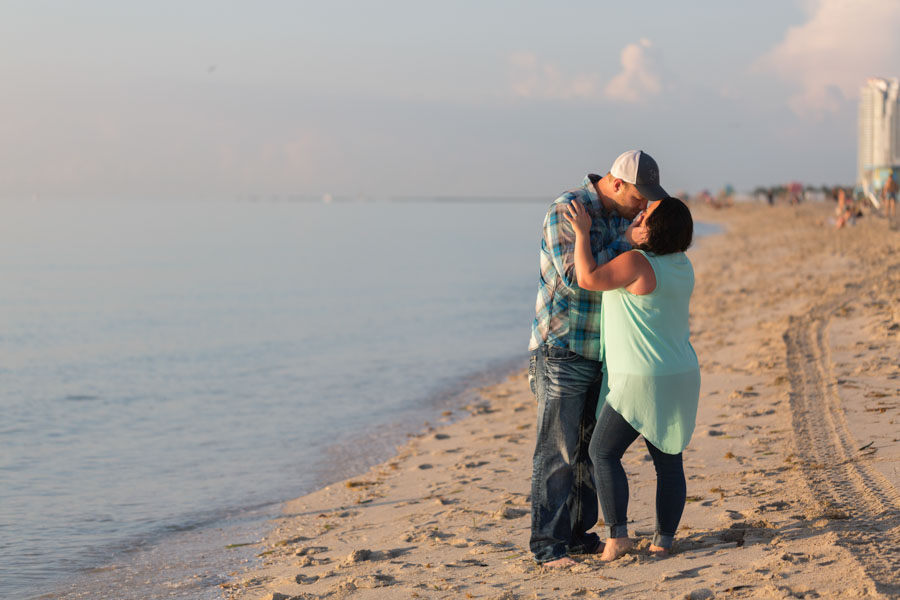 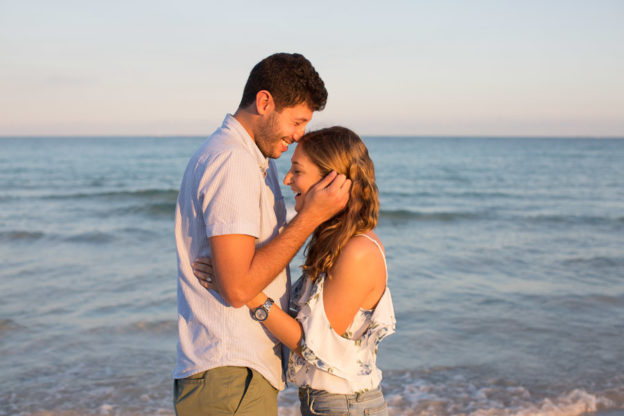 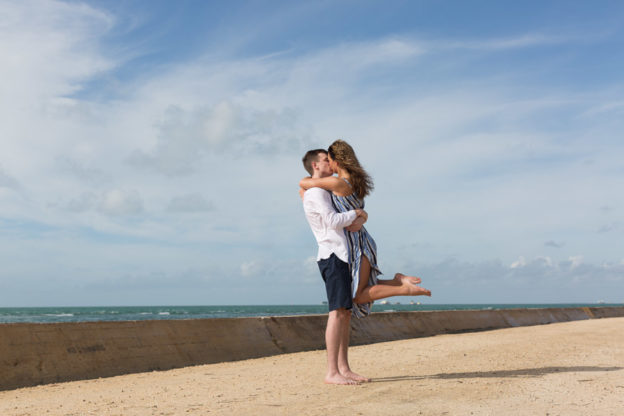