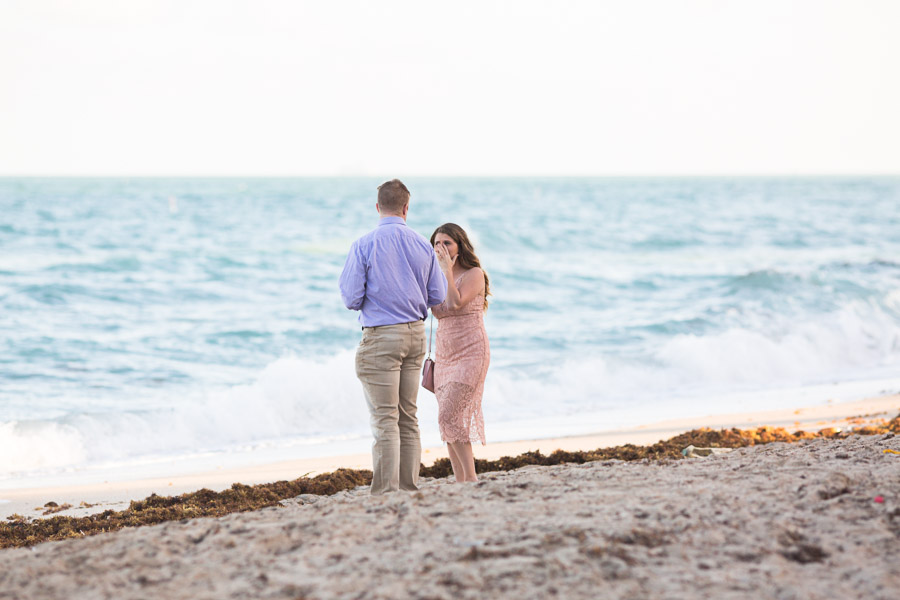 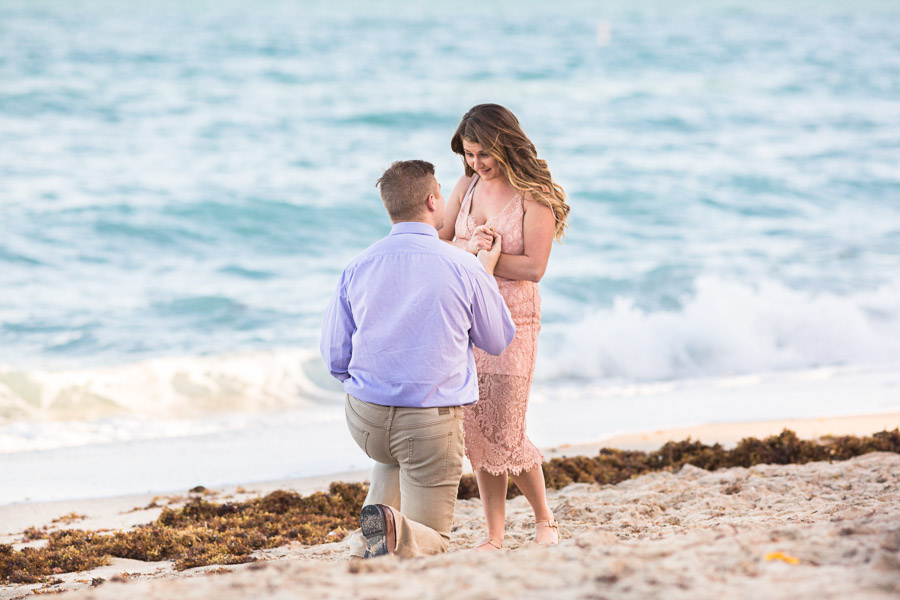 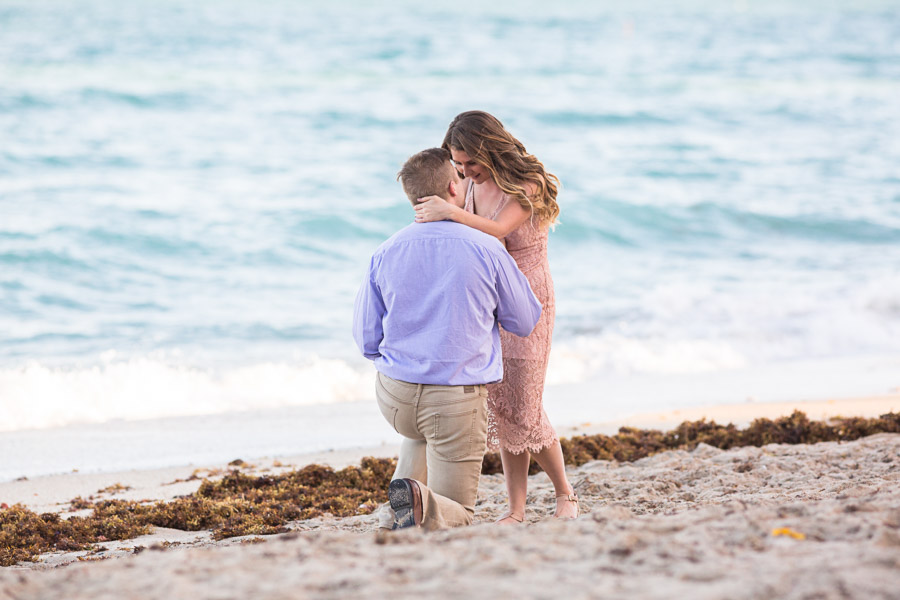 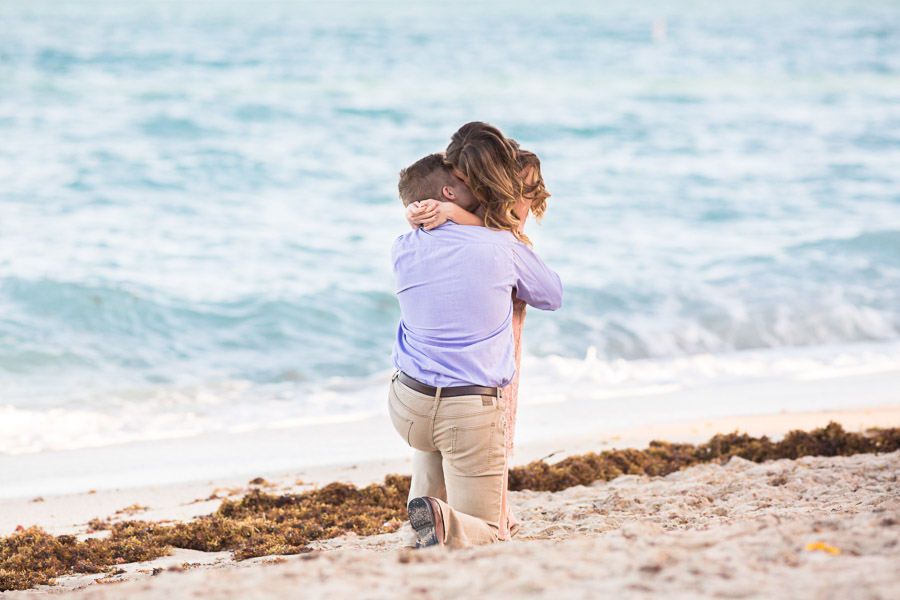 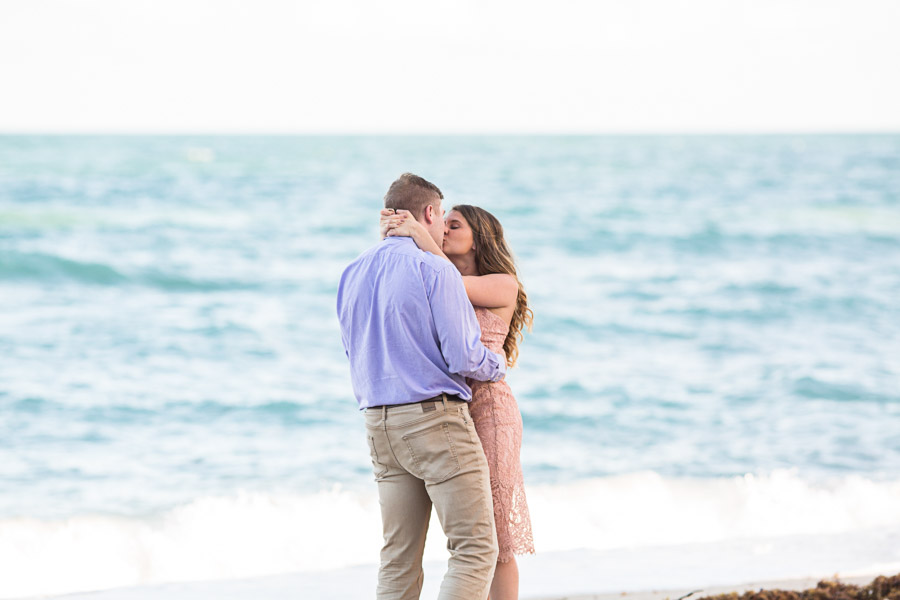 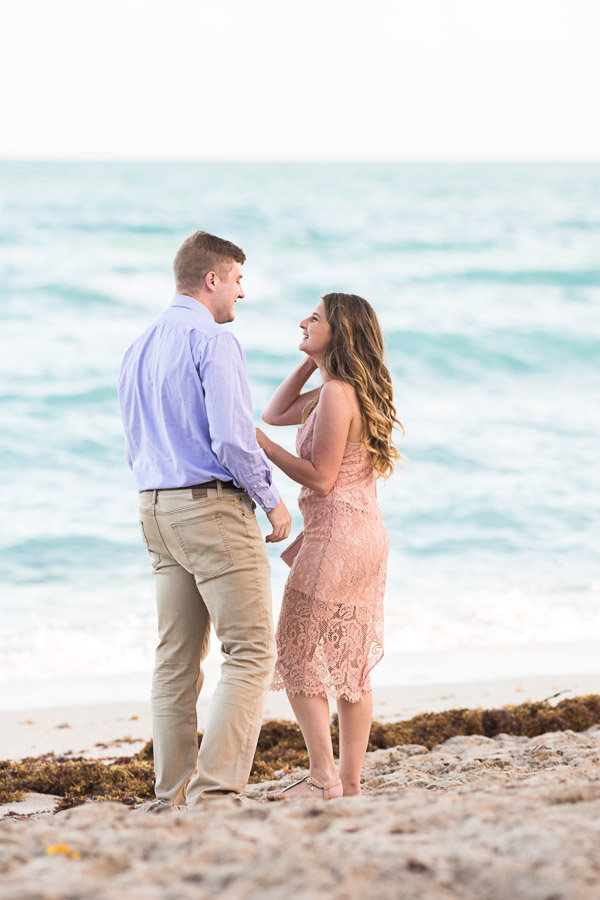 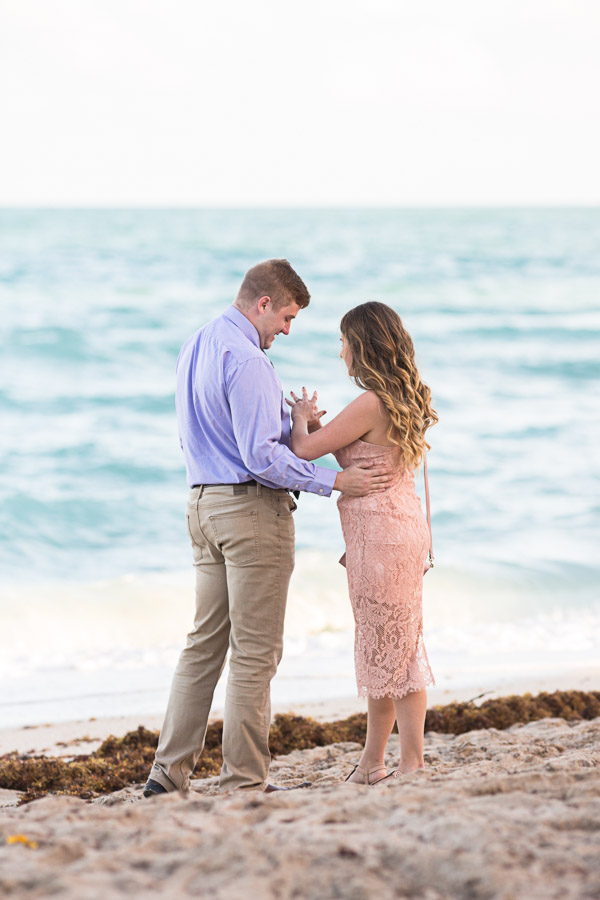 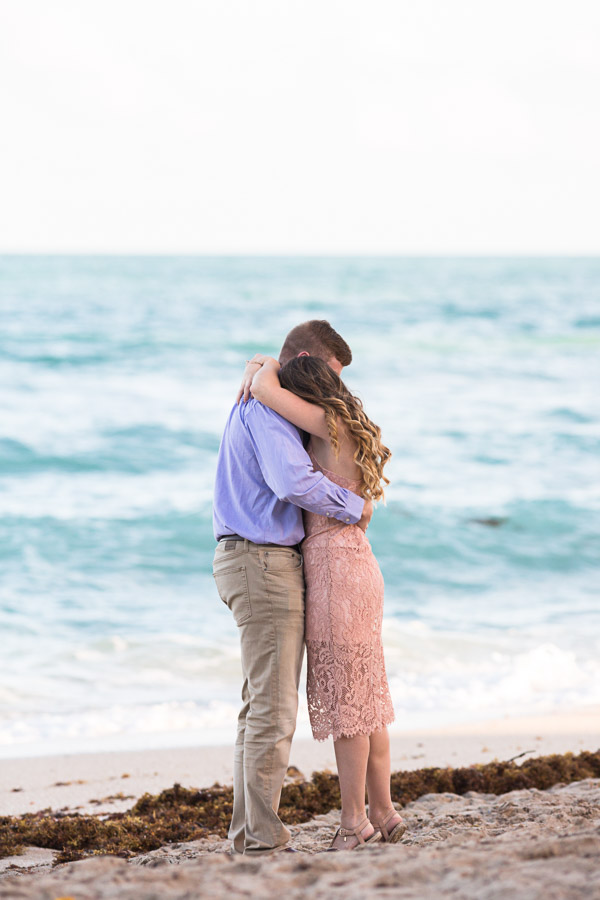 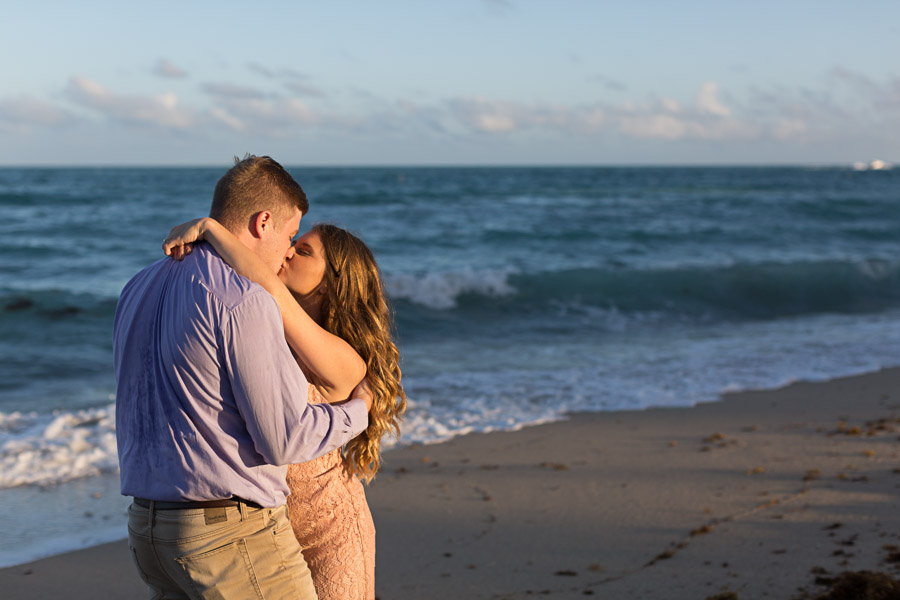 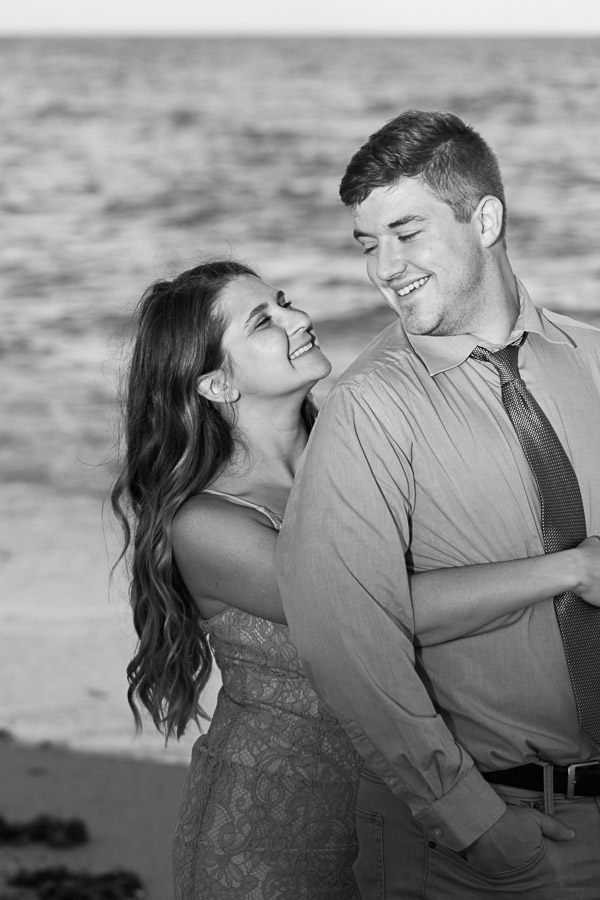 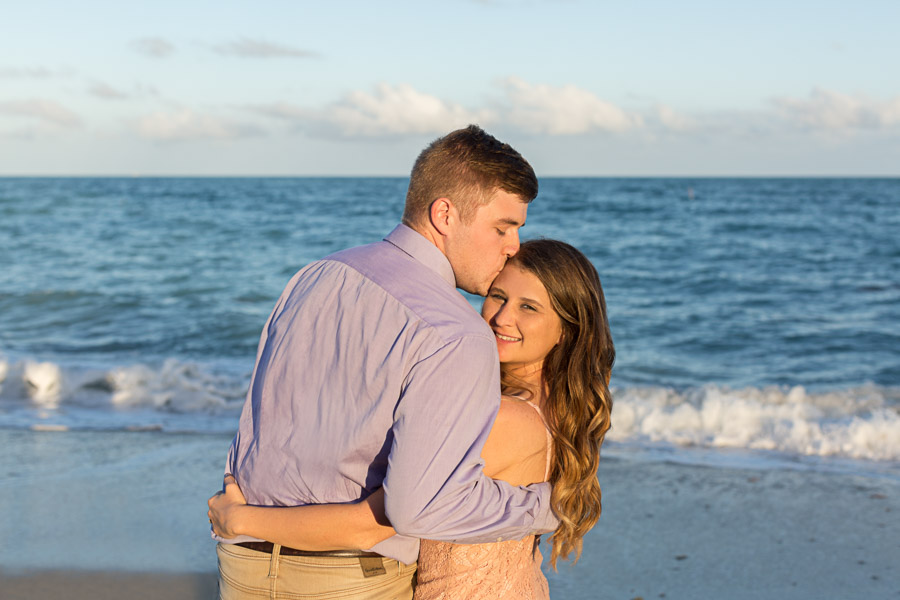 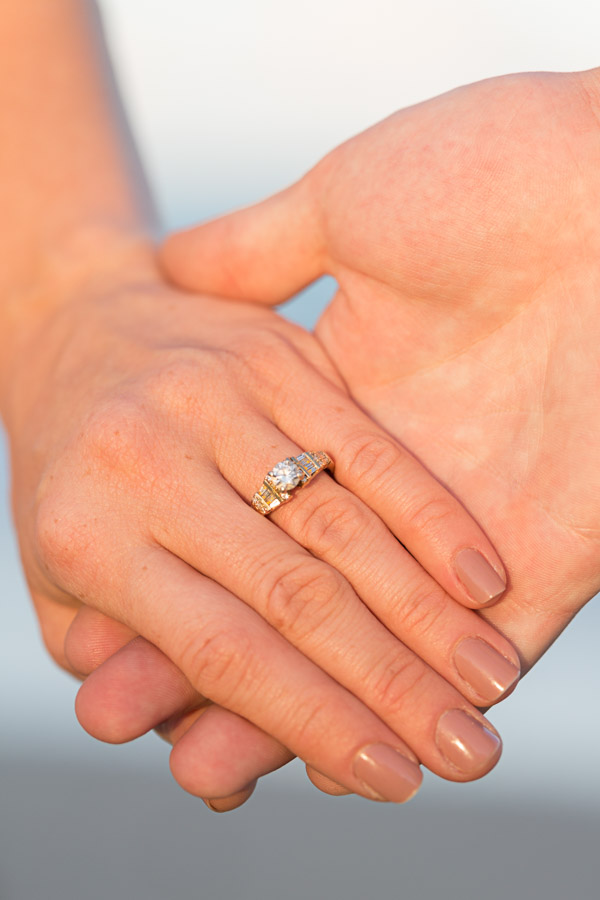 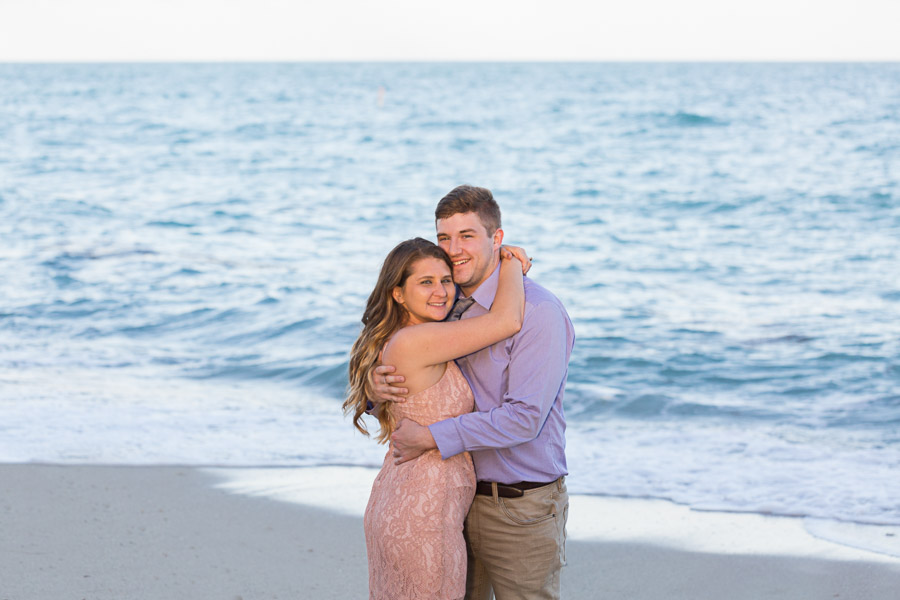 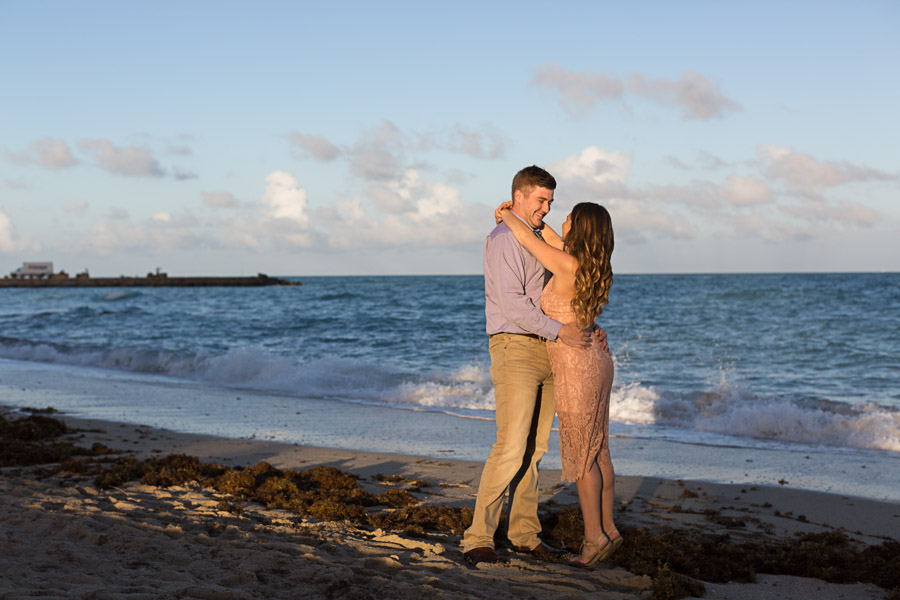 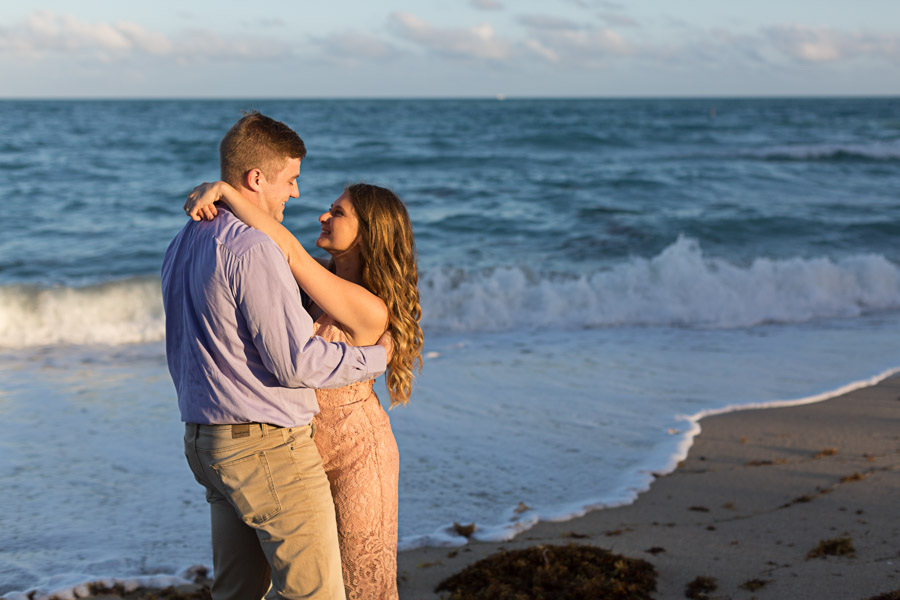 The plan: He wanted to propose on the pier by the beach behind the Ritz Carlton in Bal Harbour. Just before sunset, they would walk out of the hotel and head to the beach. I would be waiting for them by the water shore to capture the proposal from a distance.

How it went down: I arrived at the hotel early and waited for them both by the water. It was December 31st and the police started closing a small section of the beach around the pier. Turns out they were setting up for fireworks so the pier would be closed to the public! I texted him and suggested they walk along the water next to the pier instead. He had told me what the were wearing so I spotted them making their way to the water and started following them from a distance. I loved her reaction just as she realized that he was about to propose.

These two are both in the medical field and are so adorable and in love with each other. One of my favorite things is photographing people in love, and and to be able to capture surprise proposals is a real joy for me.

So grateful for his review of the experience after the session:

I am not one to usually take the time for reviews, but in this case Tova was outstanding. I had an original plan to propose, but that was thwarted when the dock I was planning on asking was blocked by police for an event. No problem, though, as Tova arrived early, warned me of the circumstances and helped adjust the plan on the fly. The proposal was incredibly stressful by itself, but Tova’s professionalism was exceptional. Also, the pictures were amazing. I would strongly recommend her services to anyone that is looking for a skilled and professional photographer. 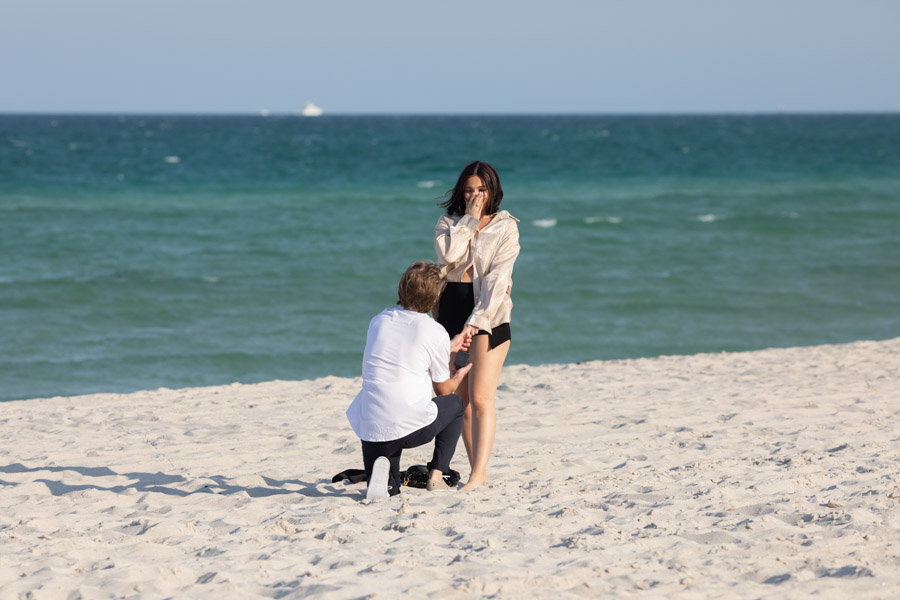 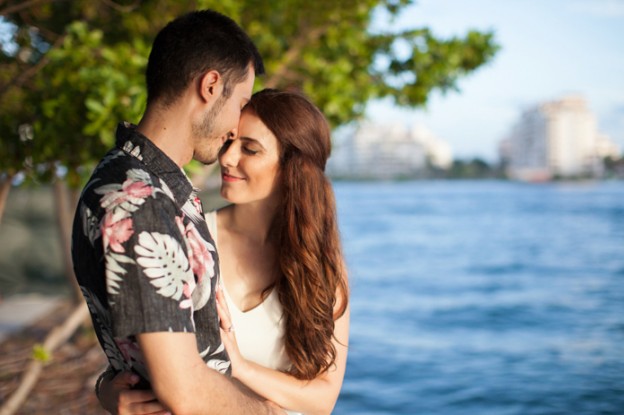 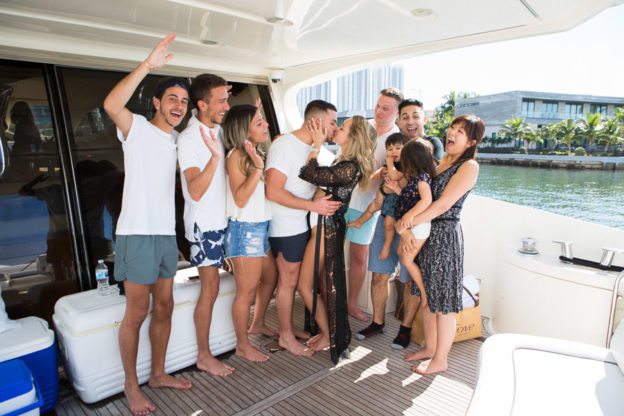