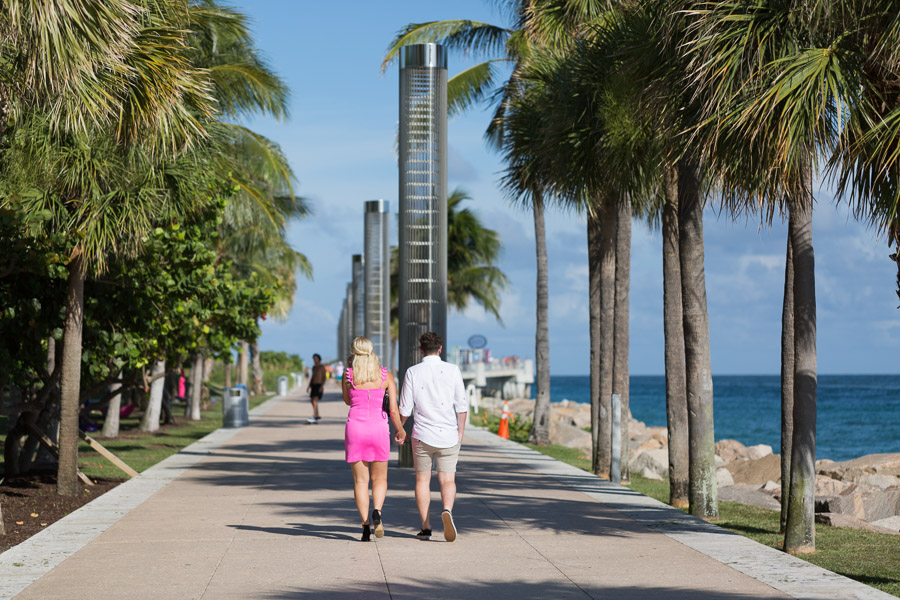 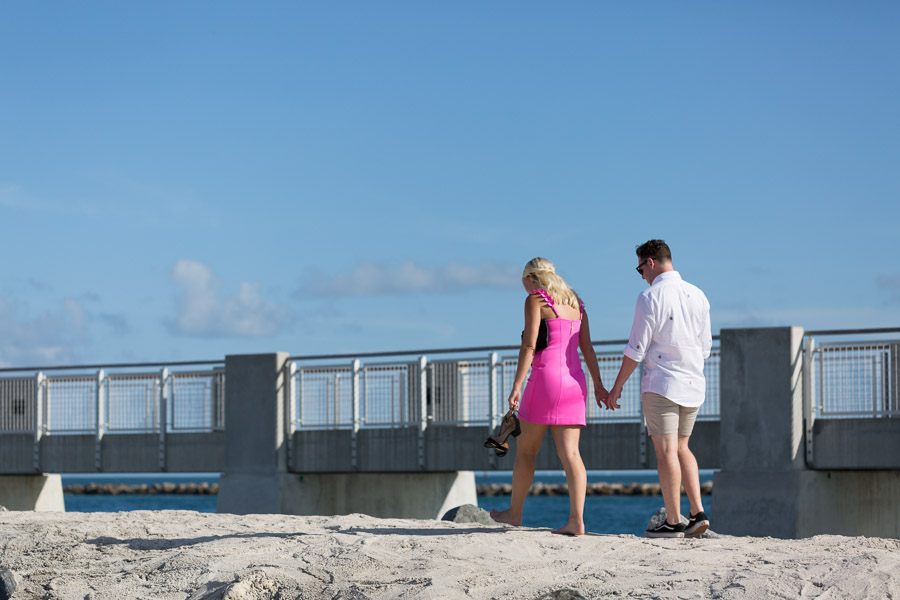 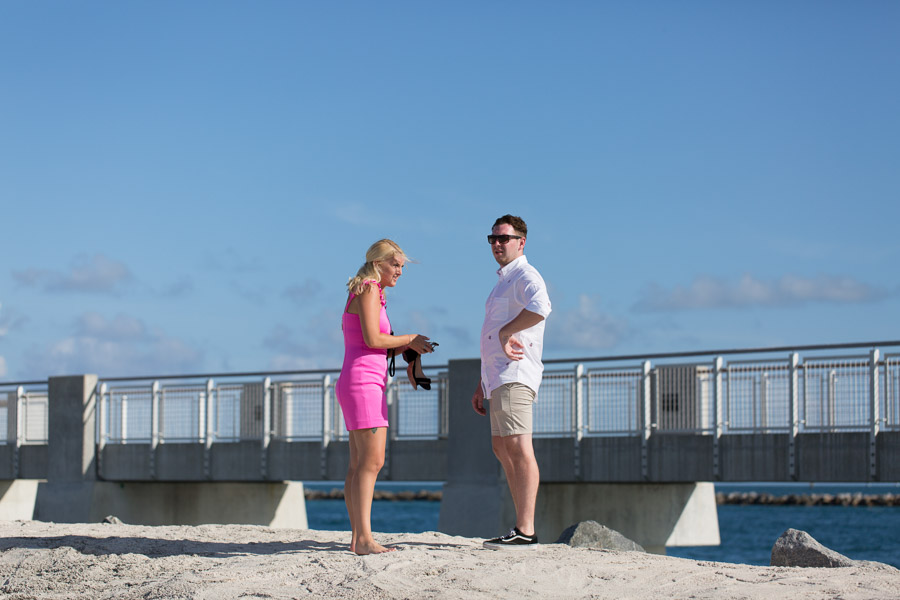 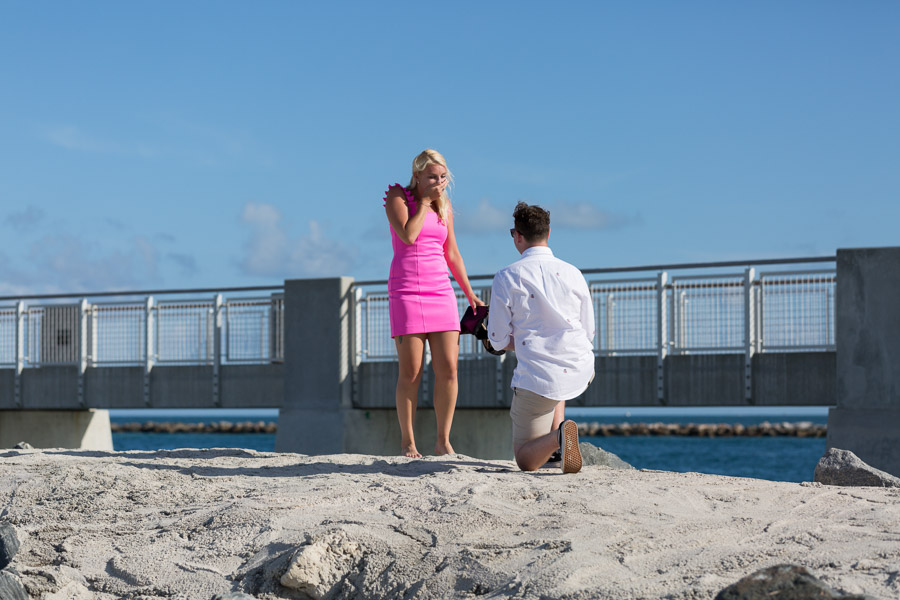 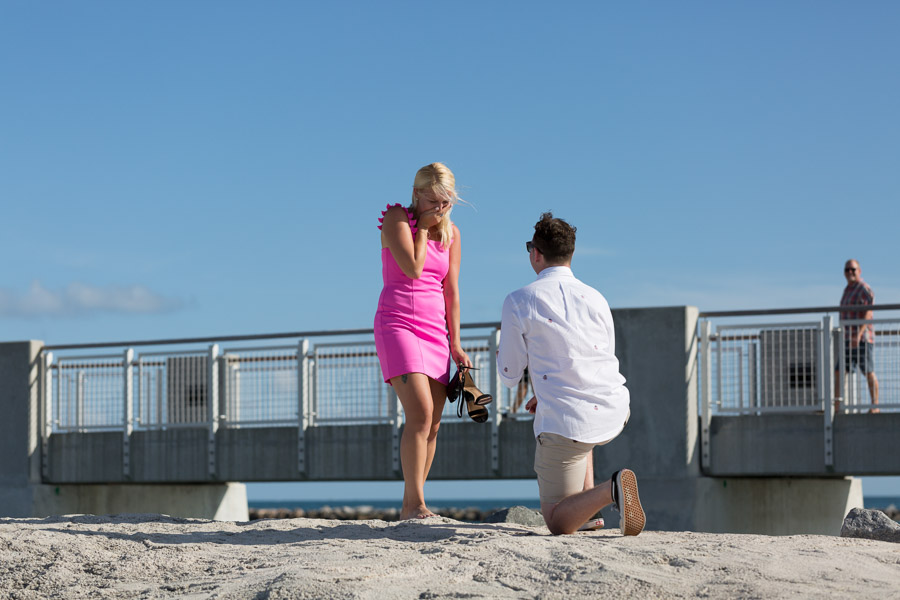 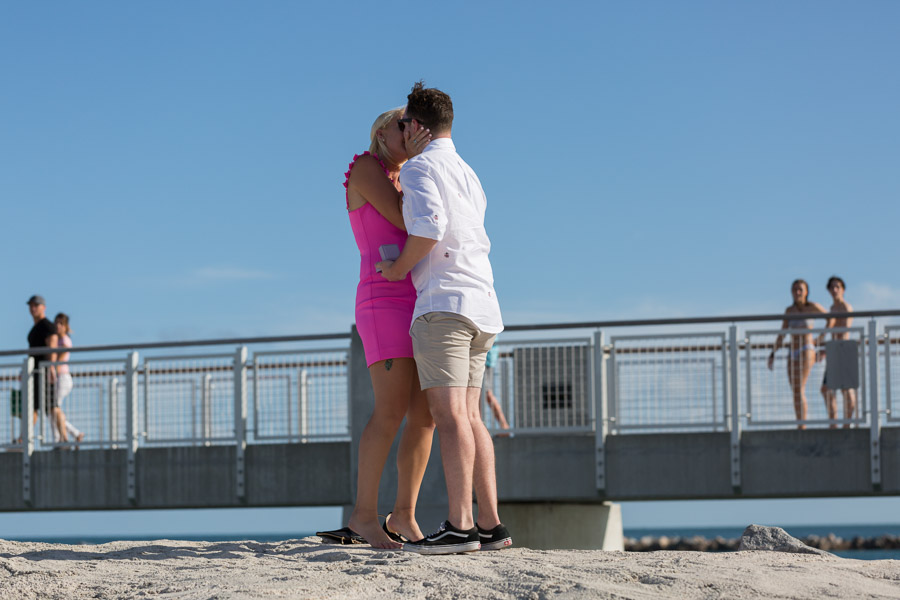 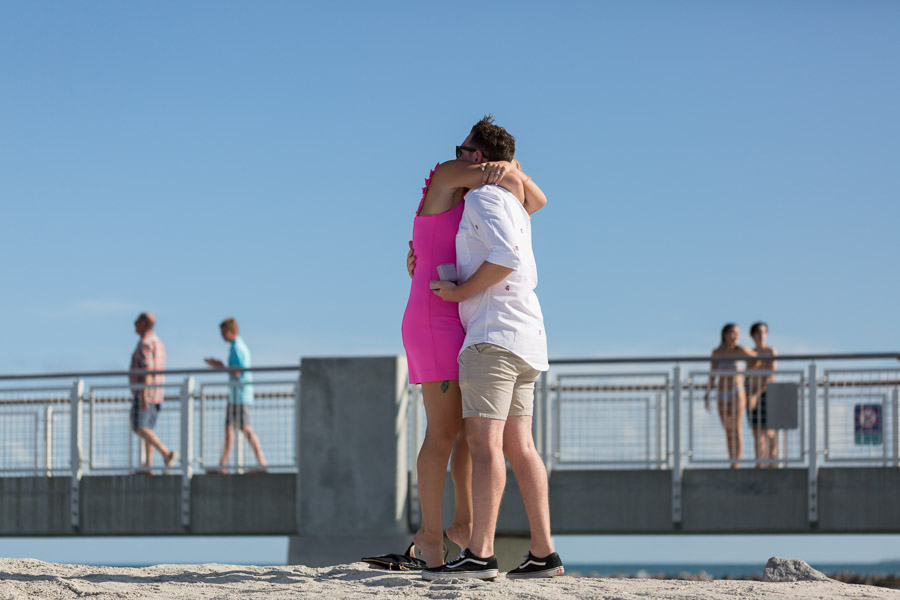 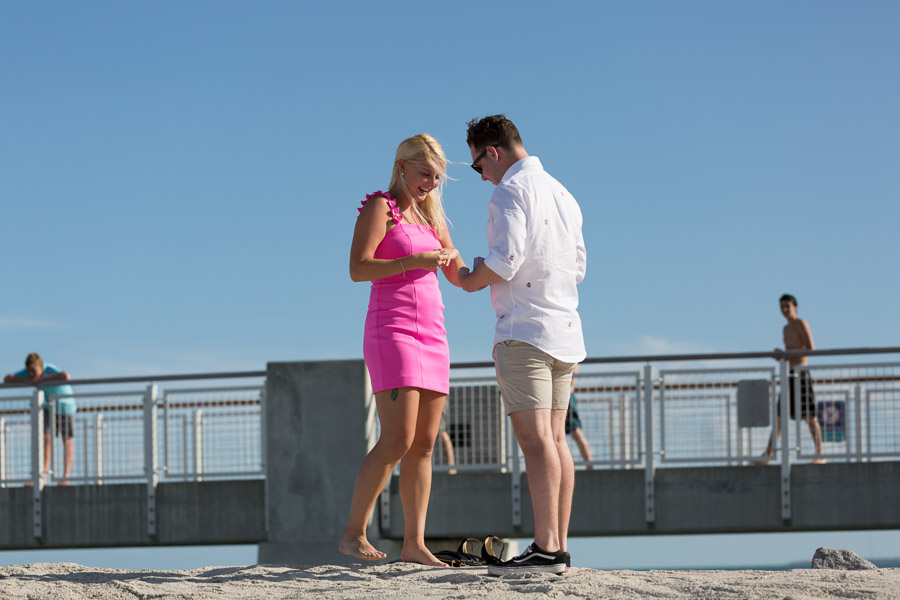 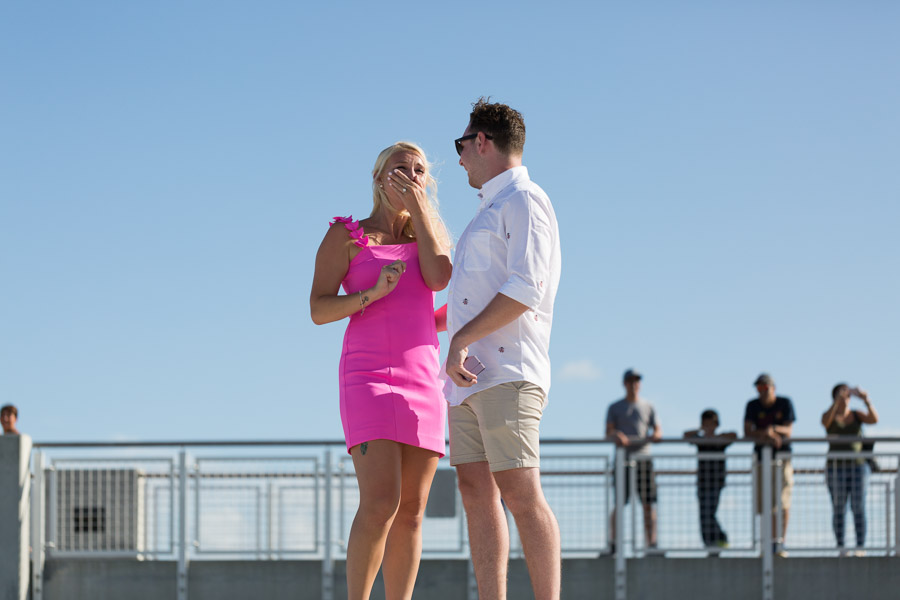 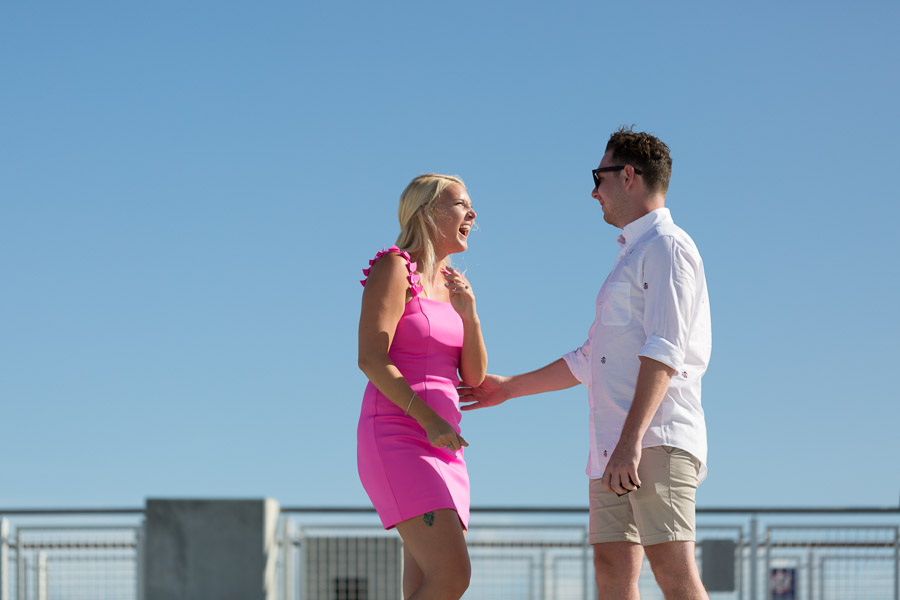 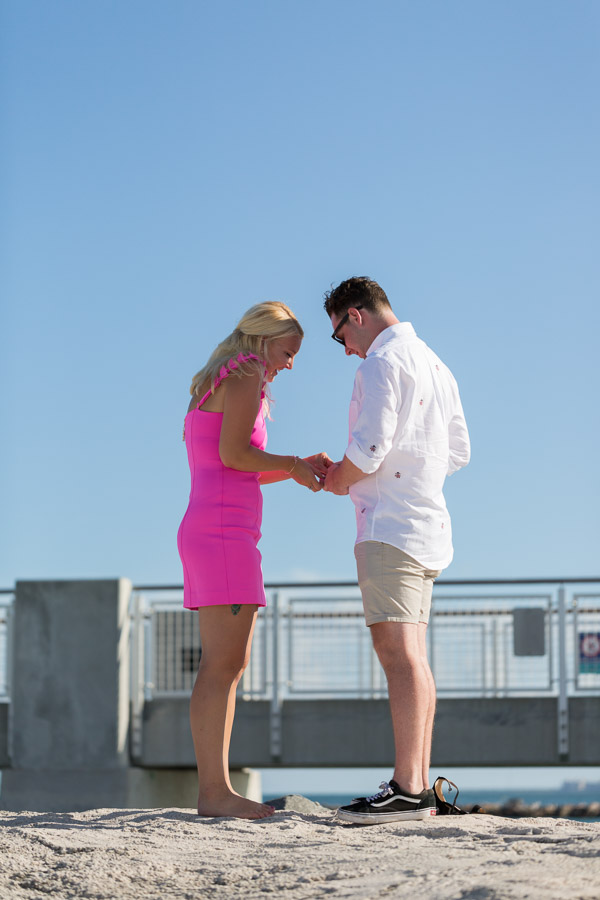 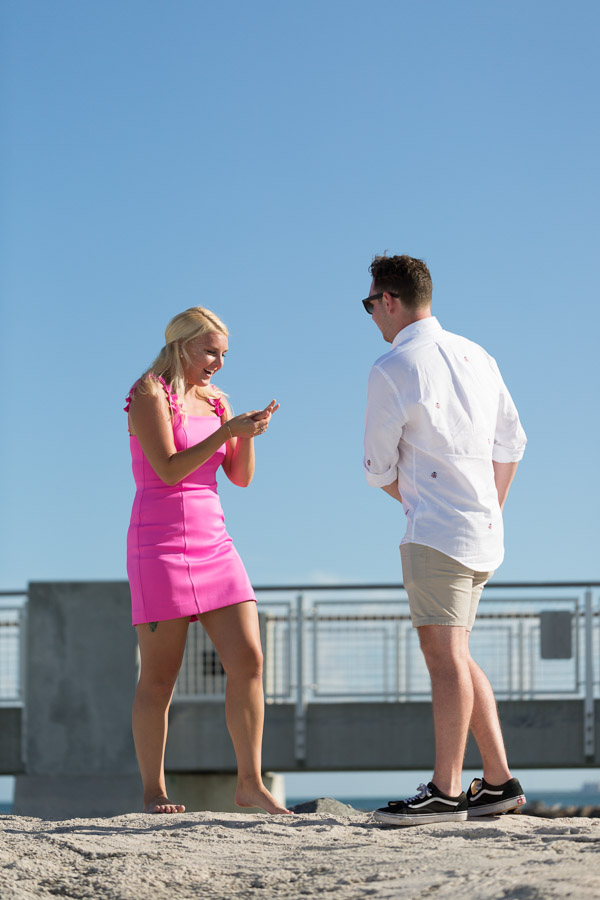 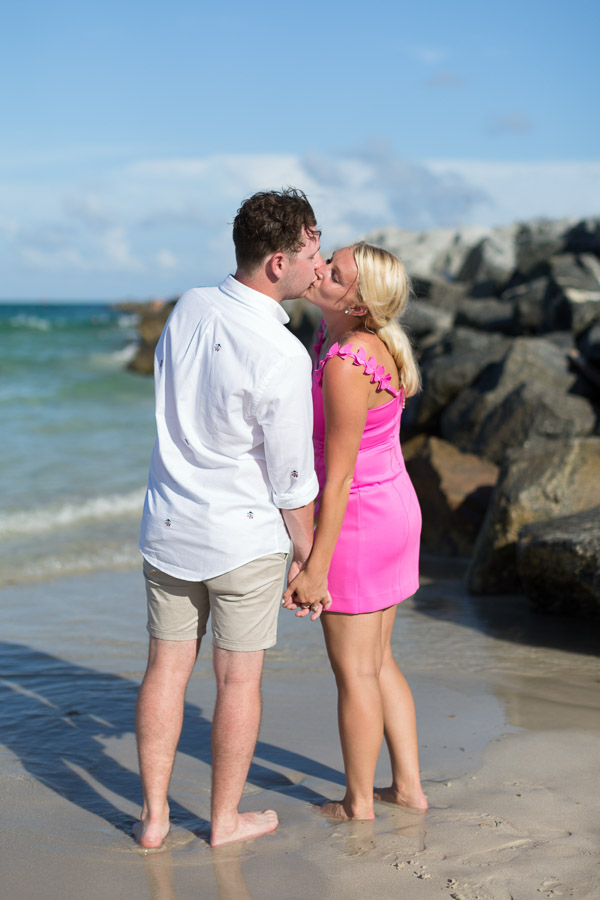 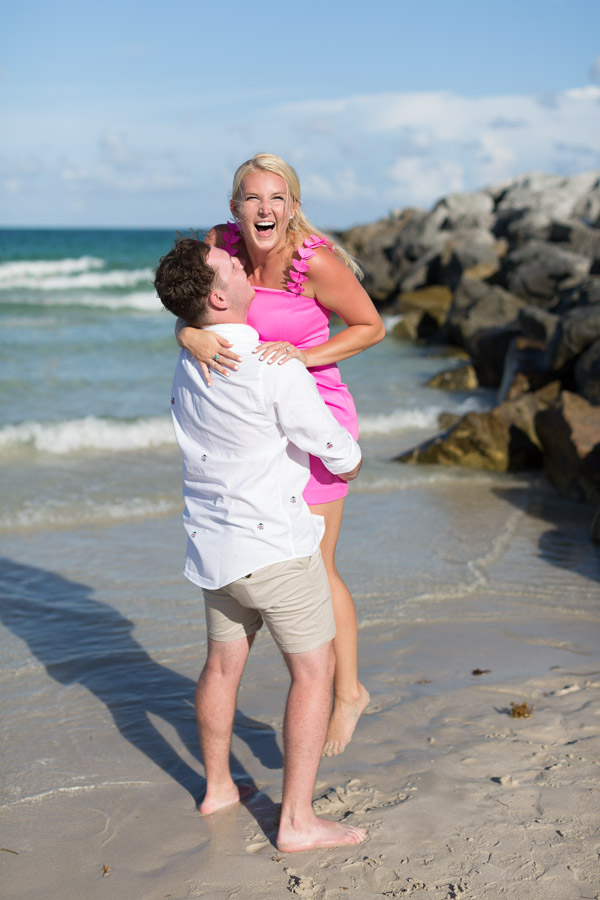 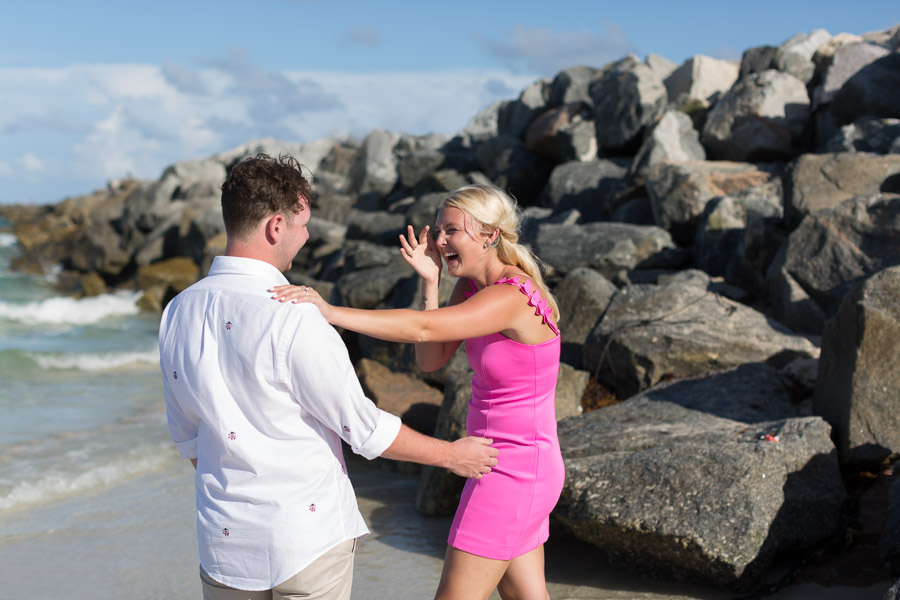 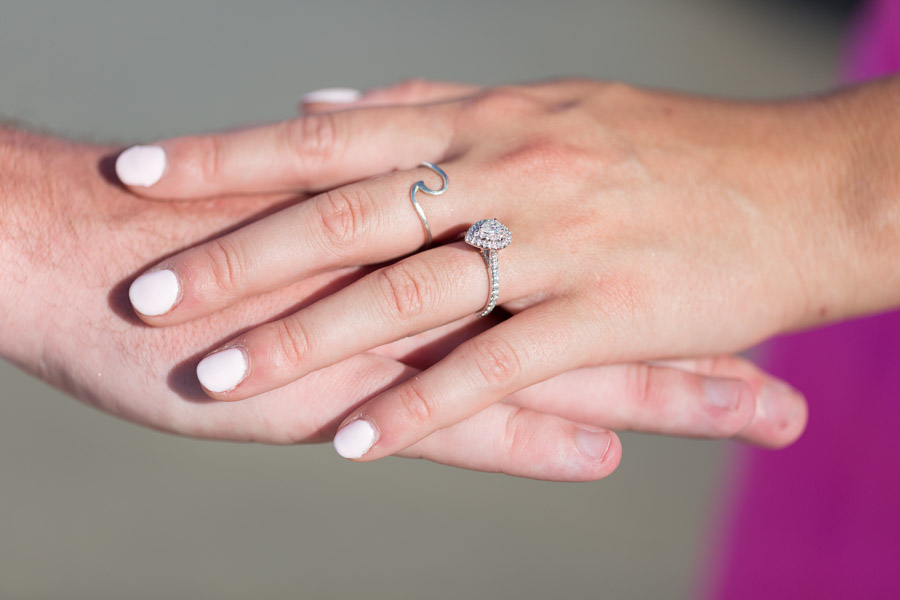 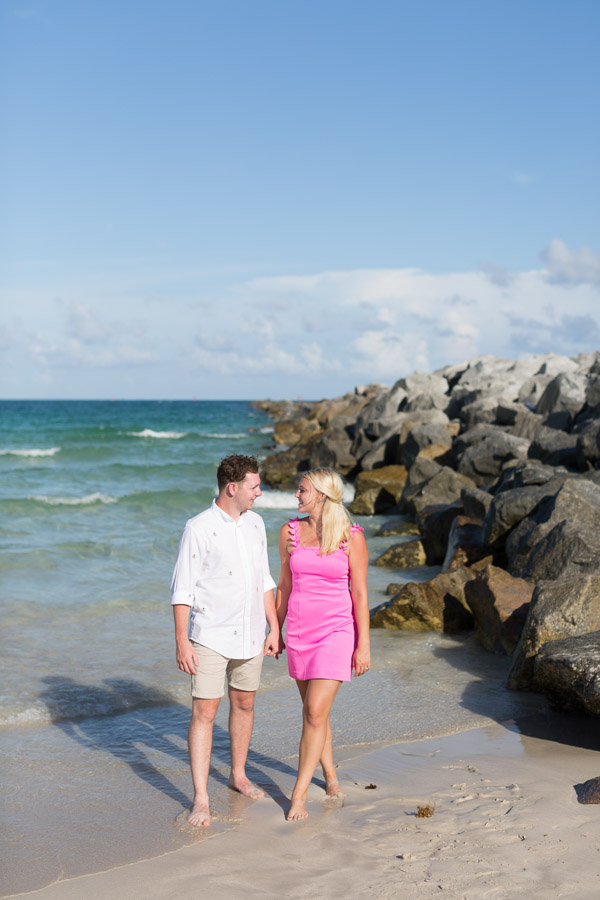 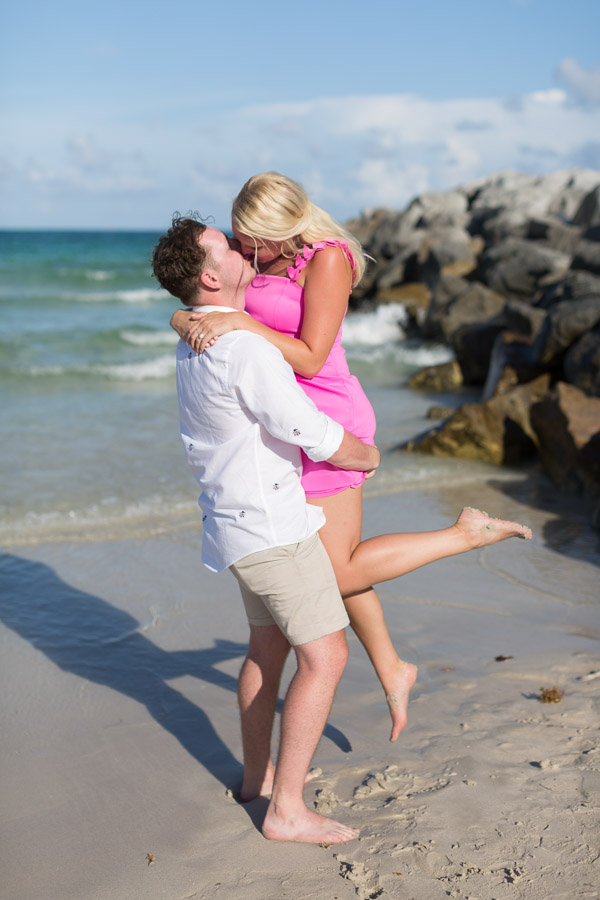 He wanted to propose at South Pointe Park in the afternoon before attending a concert later that evening. Him being from Australia and her from the US, they met each other while traveling and took an immediate liking to each other. A few years later and here they were in Miami Beach traveling once again, except now he was going to ask her to marry him. I followed them as they walked along the pathway that leads to the beach. He led her onto the rocky pier and got down on one knee. She said yes!! I love her reactions, her hand placed over her mouth in shock as she repeatedly hugged and kissed him and joyously looked at the newness of the engagement ring that now adorned her finger.

Suggestions for planning a surprise proposal:

This South Pointe Pier Proposal Miami Beach Photographer took place before sunset in South Beach, Florida. See all of the Miami surprise proposals  on the blog. You can also take a look at other couples photo shoots and engagement sessions in Miami. You can check out all of the photo shoots at South Pointe Park. Contact me here or email [email protected] to book a session. 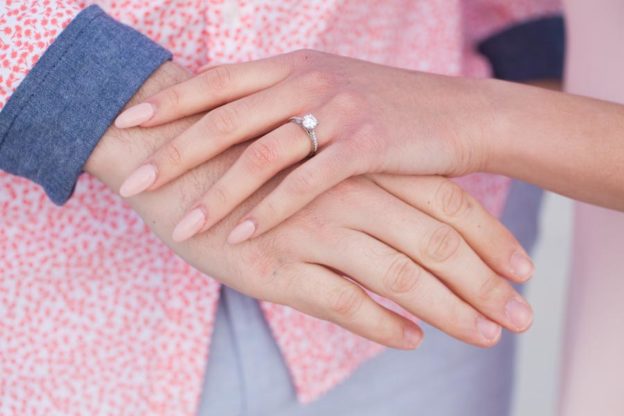 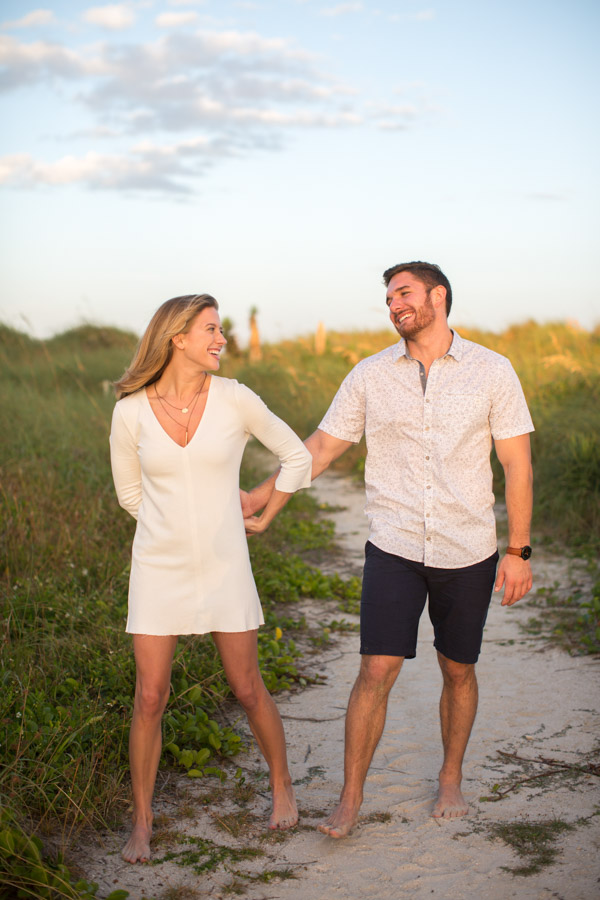 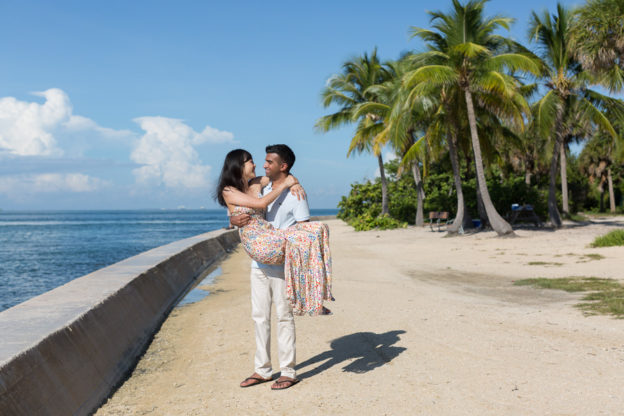