La Mar Surprise Proposal in Brickell at the Mandarin Oriental

Planning the proposal at La Mar in the Madarin Oriental

The Plan: A wanted to propose to N just before starting dinner at La Mar by Gaston Acurio. La Mar is a restaurant in the Mandarin Oriental on Brickell Key. It has a terrace with a beautiful view of the water and the downtown Miami skyline. He spoke with the restaurant beforehand to let them know and get the “ok” from them. I arrived a little early and was given a seat by the bar which is adjacent to the doors that lead outside. “A” sent me photos of the two of them before they headed out for dinner so I knew what they were wearing which made it easy to spot them. He planned to arrive just as dinner would be starting (6pm) so the restaurant wouldn’t be too full.

How it went down: I saw them at the front just as they walked in to the restaurant. “A” told me he would be heading to the restroom before proposing. Once his girlfriend was seated at a table outside on the terrace, he used the excuse that he was going inside to the restroom. I then met him in person inside the restaurant and was able to follow him back out to the table where they were seated. I remained a few steps behind him but had to stay close by to make sure not to miss the moment. He got to the table and immediately proposed. She was completely shocked! Since they were seated adjacent to nearby tables, I had to be really close to them. I used a wide angle lens and flash to capture the moment. She was thrilled and of course said yes!!

After the proposal we headed down to the water to take some more photos. “A” had mentioned that it was really hard to surprise his girlfriend. In this case, she truly had no idea that he was about to propose. I loved photographing their joy and excitement after the proposal.

Suggestions for planning your own proposal

This particular proposal was actually supposed to start a bit earlier so we could catch the remaining bit of sunlight before it got completely dark. Things ran a little bit behind but in general, I highly recommend photographing during daylight hours.

You can check out other surprise proposals on the blog. To book a surprise proposal session, head over to the contact page to get in touch. You can also send an email to [email protected] . 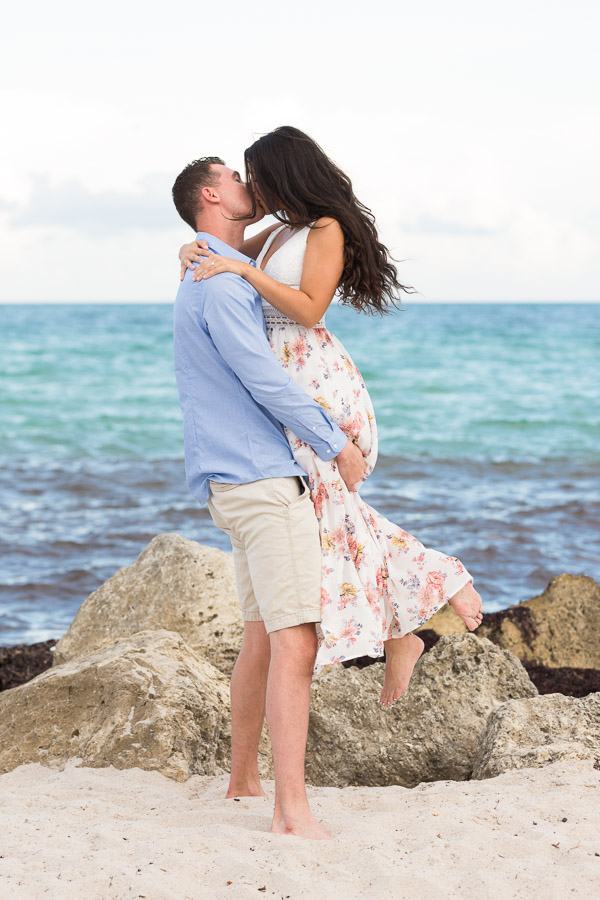