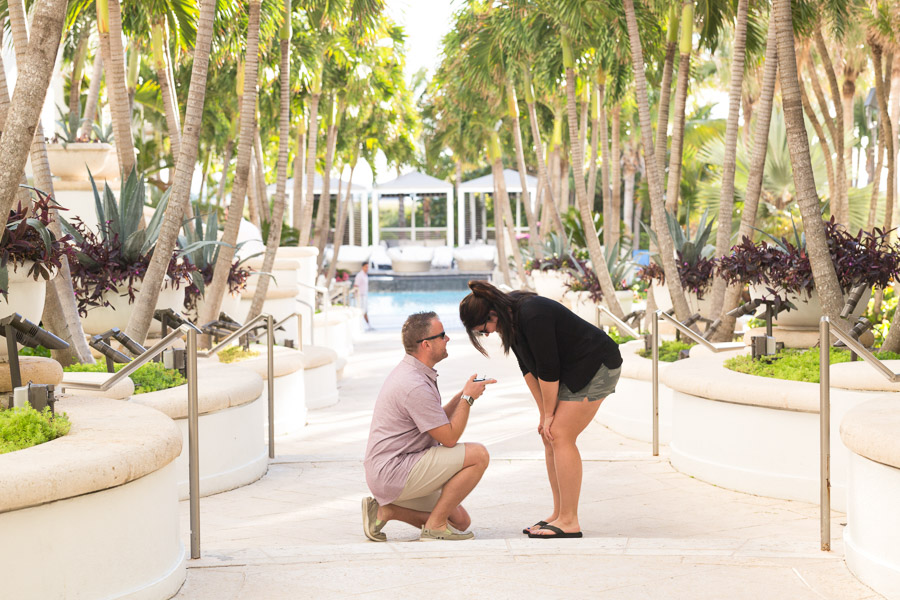 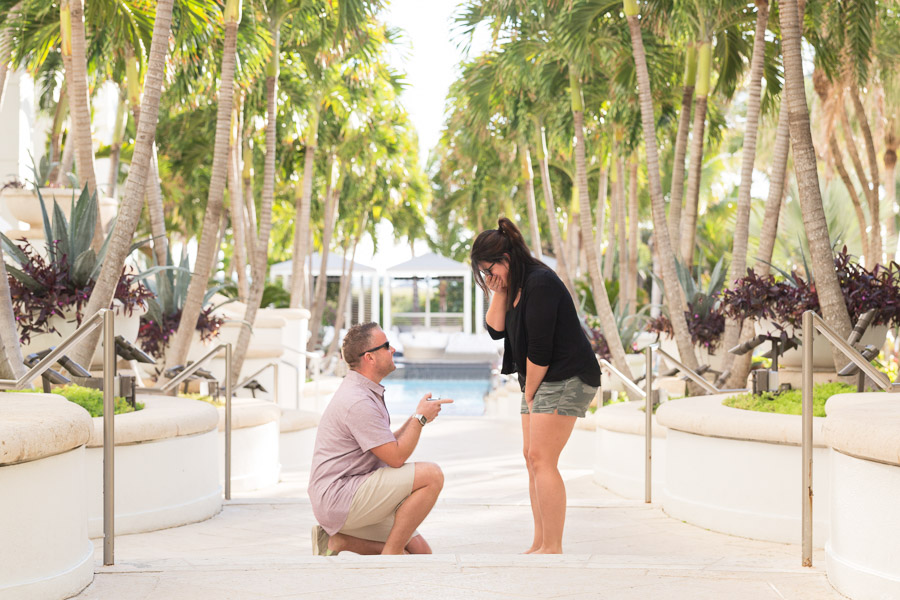 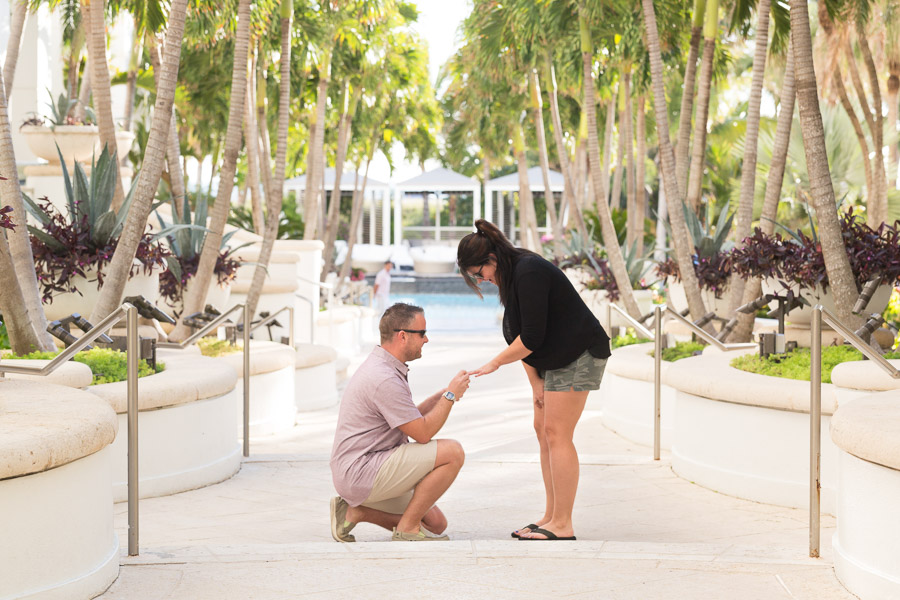 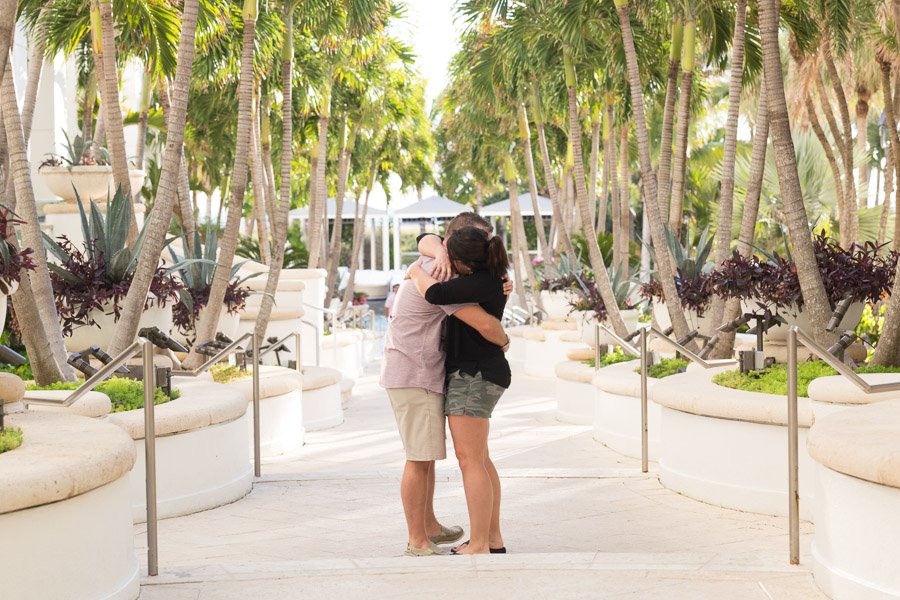 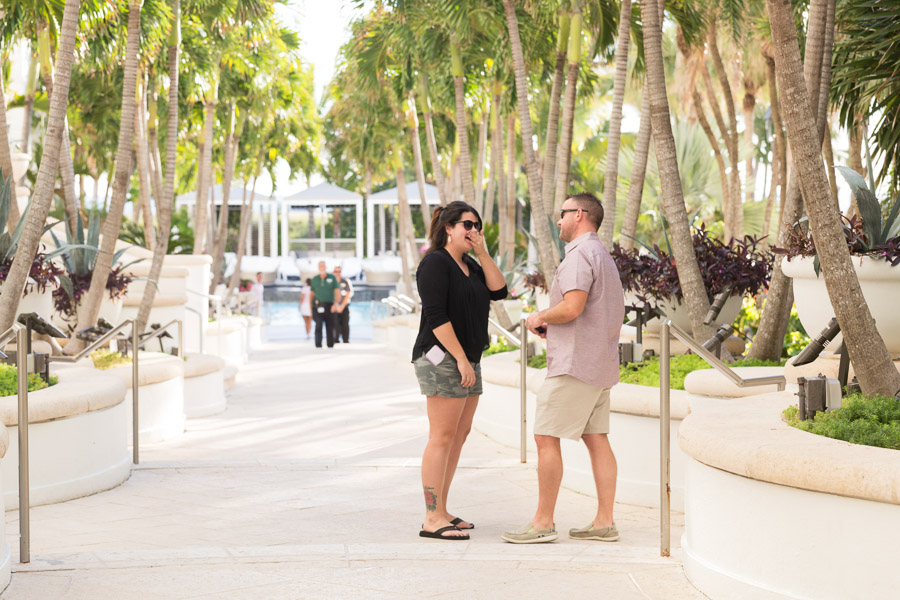 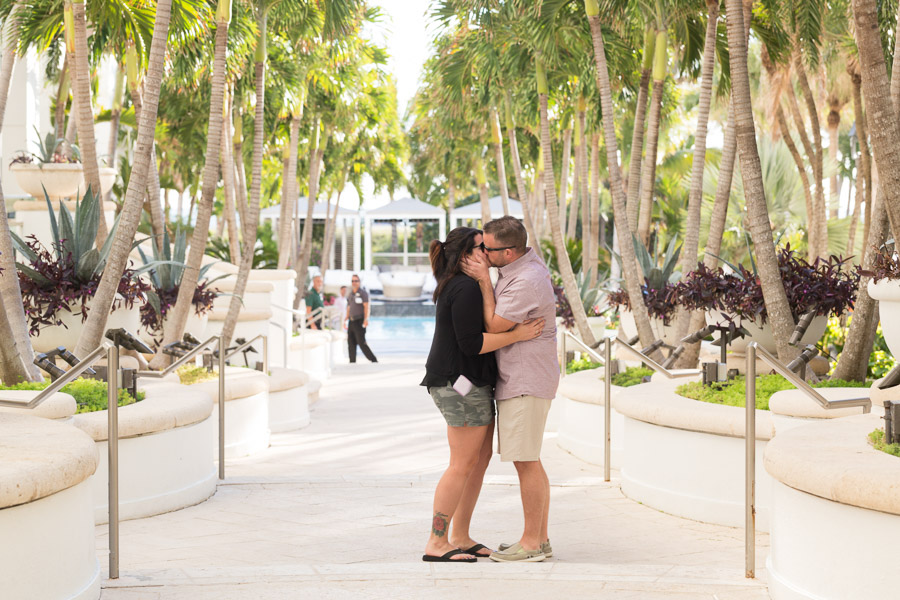 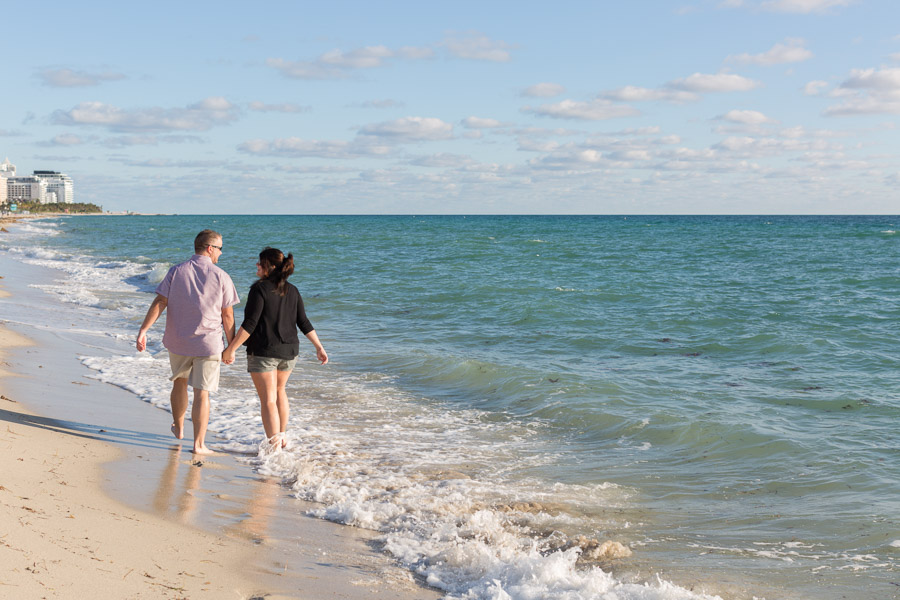 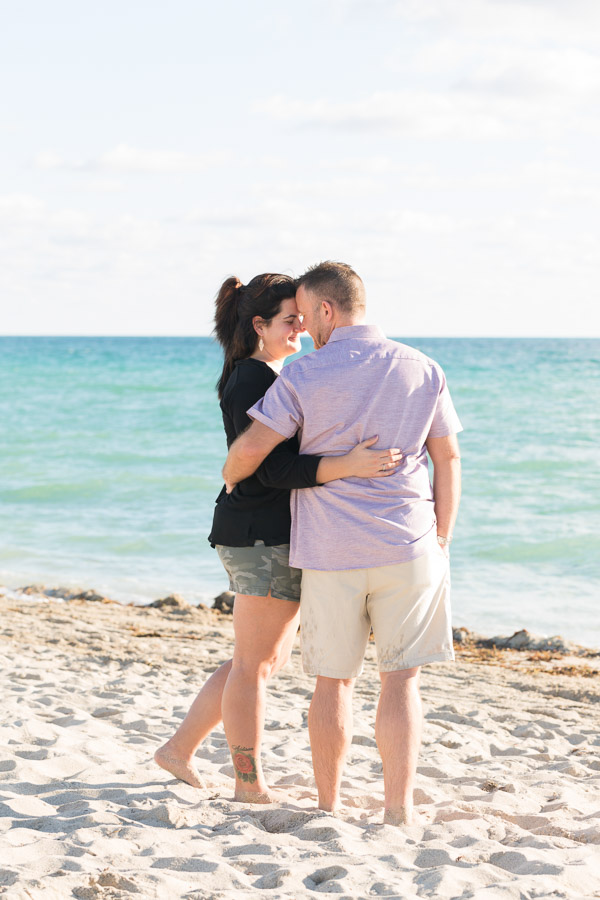 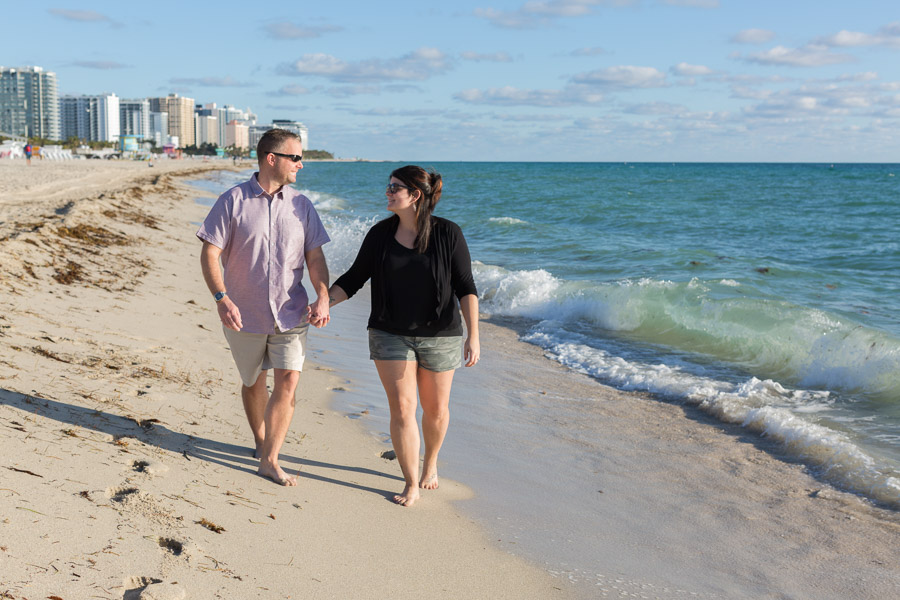 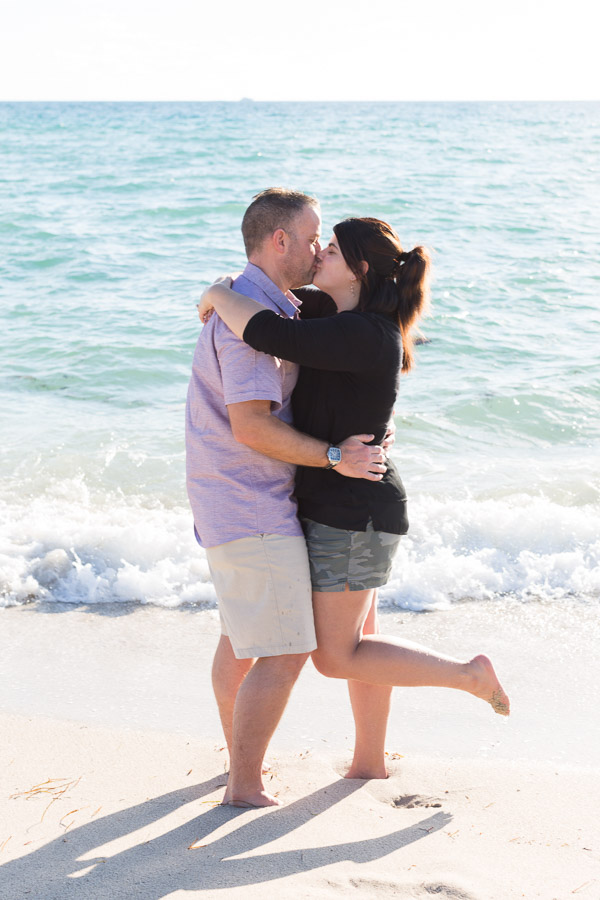 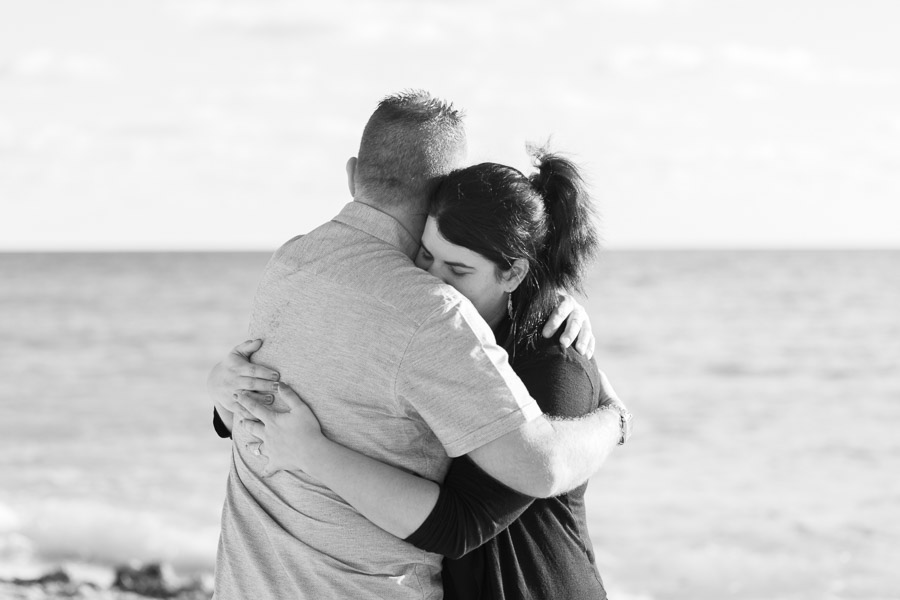 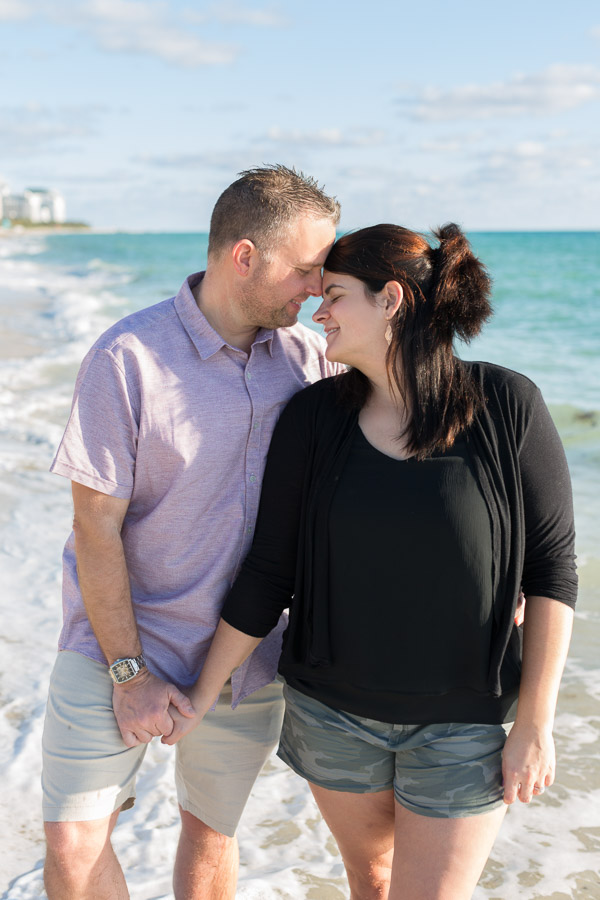 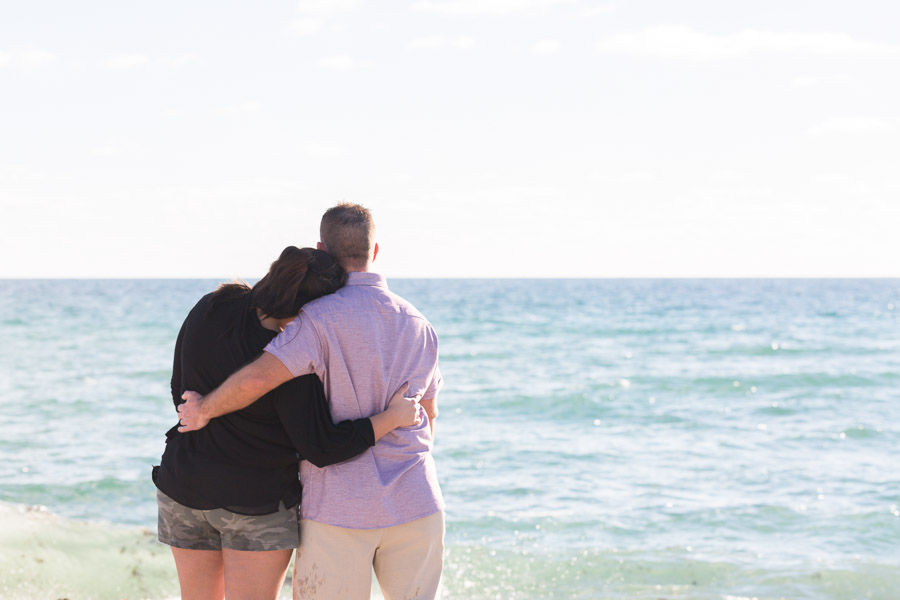 The plan: Since they are both early risers, we decided to meet up for an early morning session. The Loews Miami Beach Hotel has a nice walkway to the beach lined with palm trees that we both agreed would be a great spot for photos, and the morning would have less people around than the afternoon. He planned on proposing toward the top of the walkway.

How it went down: I arrived a little early and waited a small distance away where I was indiscreet but still had my eyes on the doors where they would be coming out. They walked out and when they got to the steps there was someone there taking photos of themselves. They waited for the person to leave and then took photos together with their cellphone. Minutes later she was taken aback when she saw him go down on one knee and pull out the ring, asking her to marry him. She was bent over in shock with a huge smile on her face. I captured it all and she didn’t notice a thing! Afterwards we went to the beach to take a few more photos of the two of them together.

Check out all of the surprise Miami proposal photo shoots on the blog. This proposal session took place at the Loews Miami Beach Hotel. For more ideas on locations, check out some of my favorite spots for a photography session in Miami. Here are some ideas for what to wear to a couple photo shoot on Pinterest.

To book a photo shoot, contact me here or email [email protected] . You can also take a look at some Frequently Asked Questions. 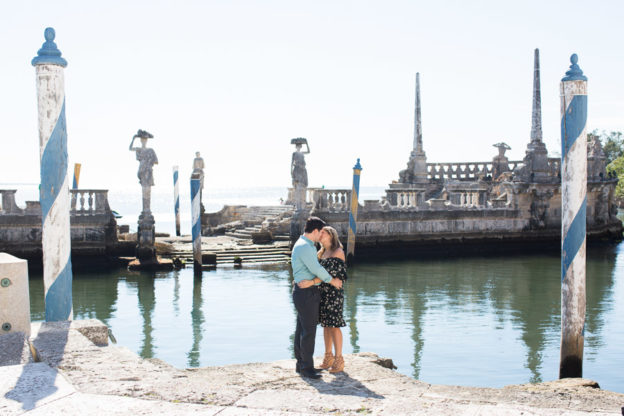 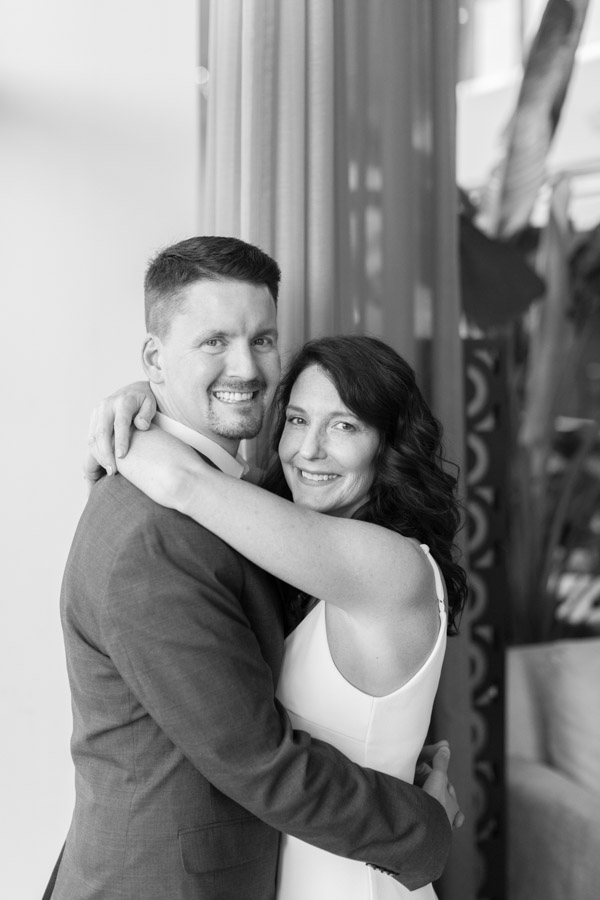 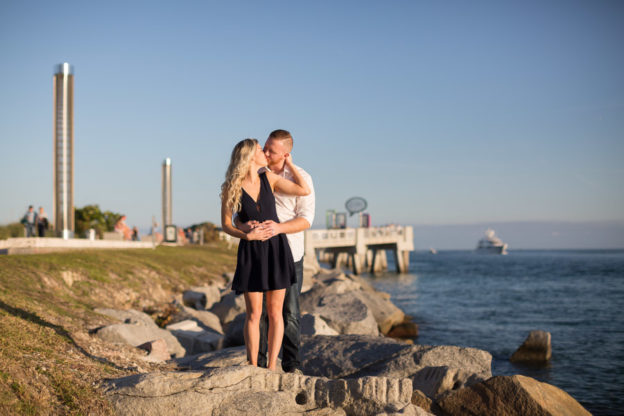