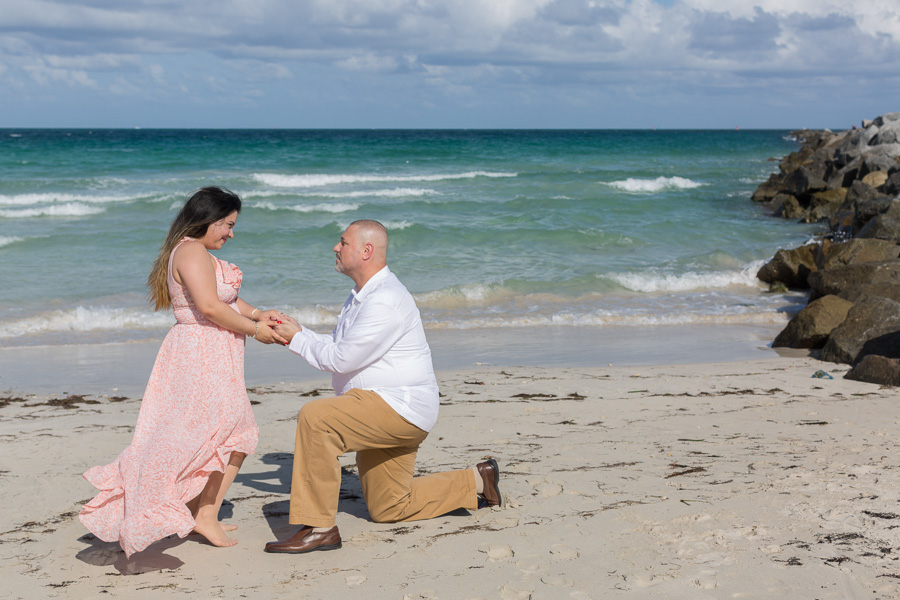 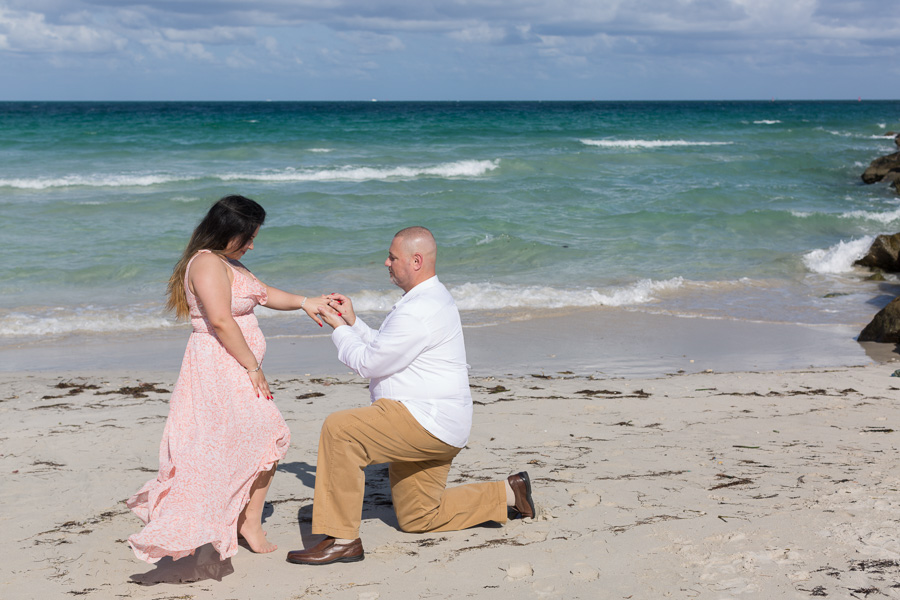 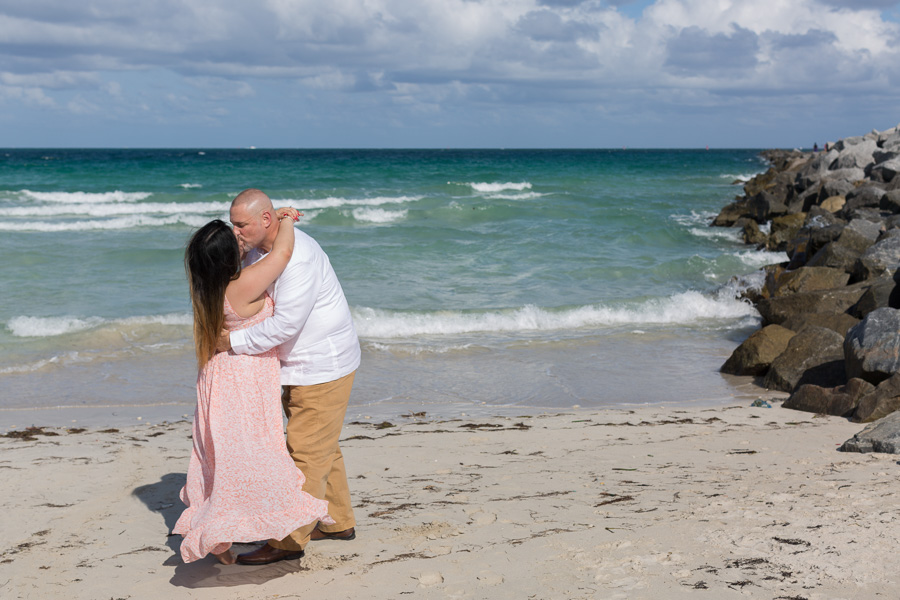 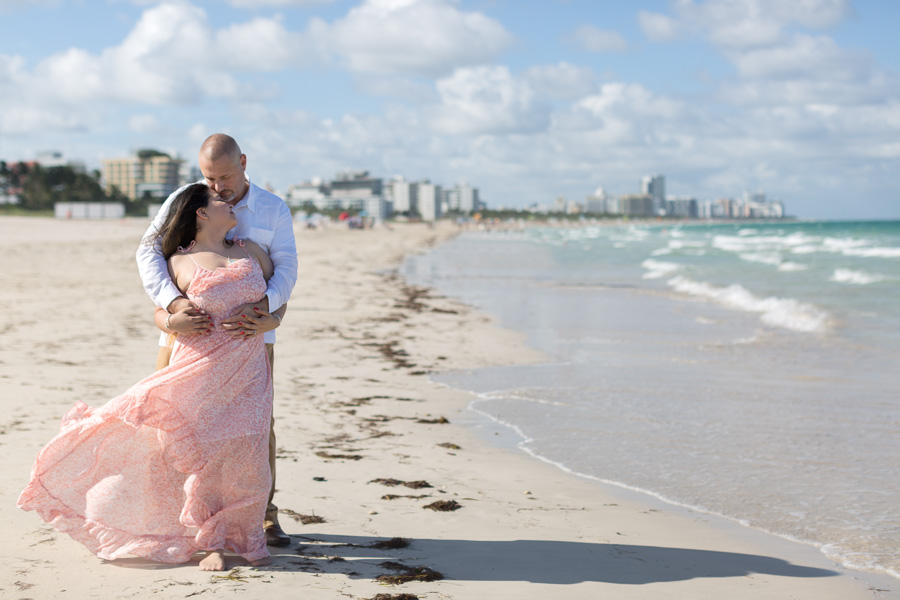 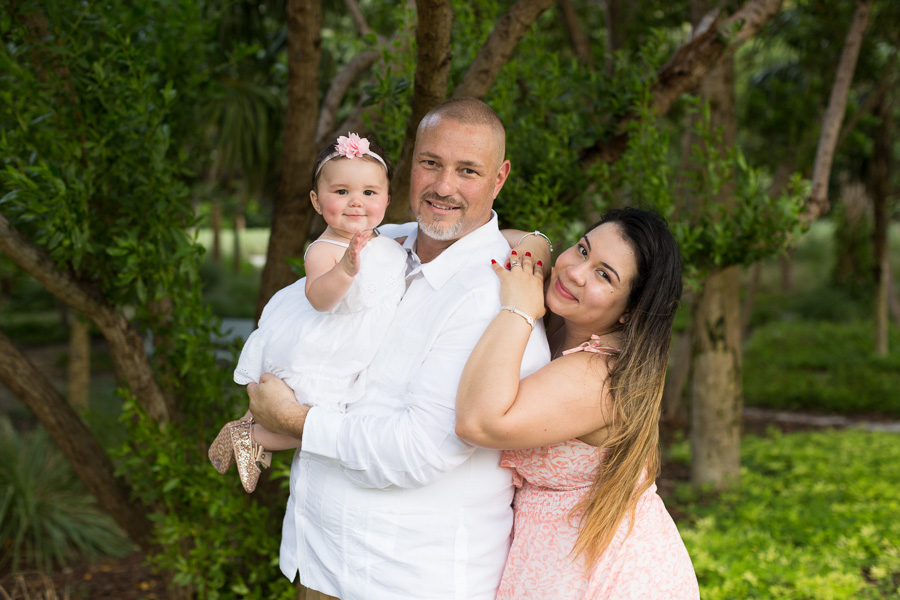 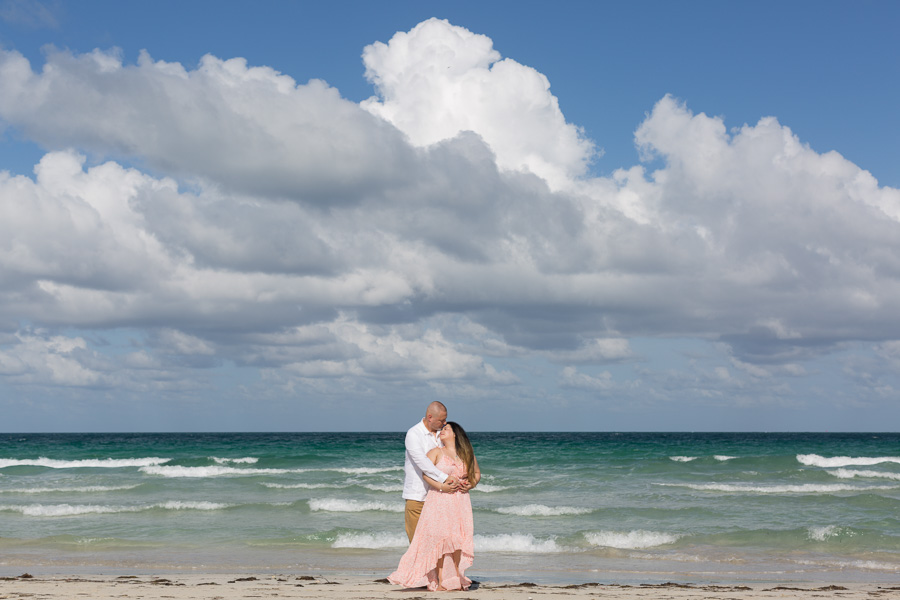 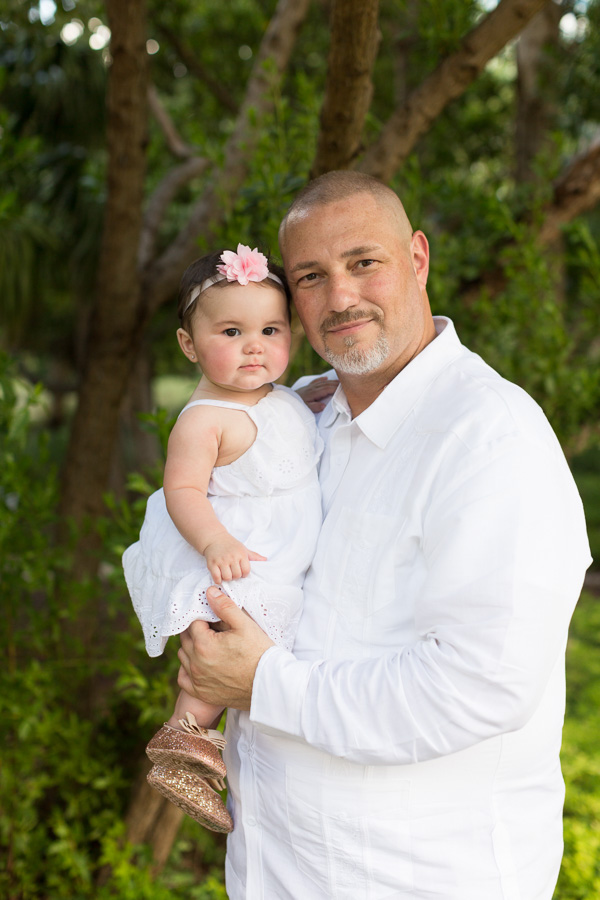 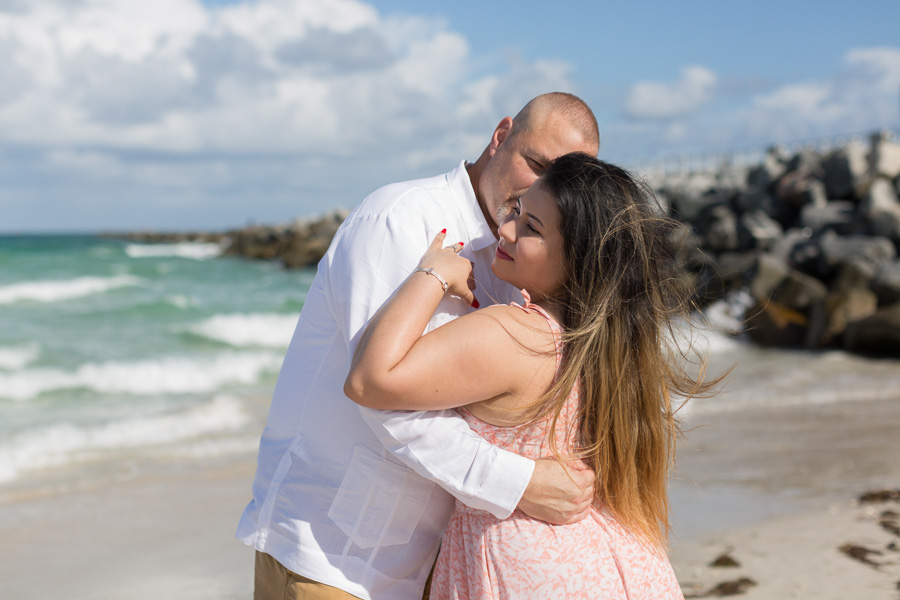 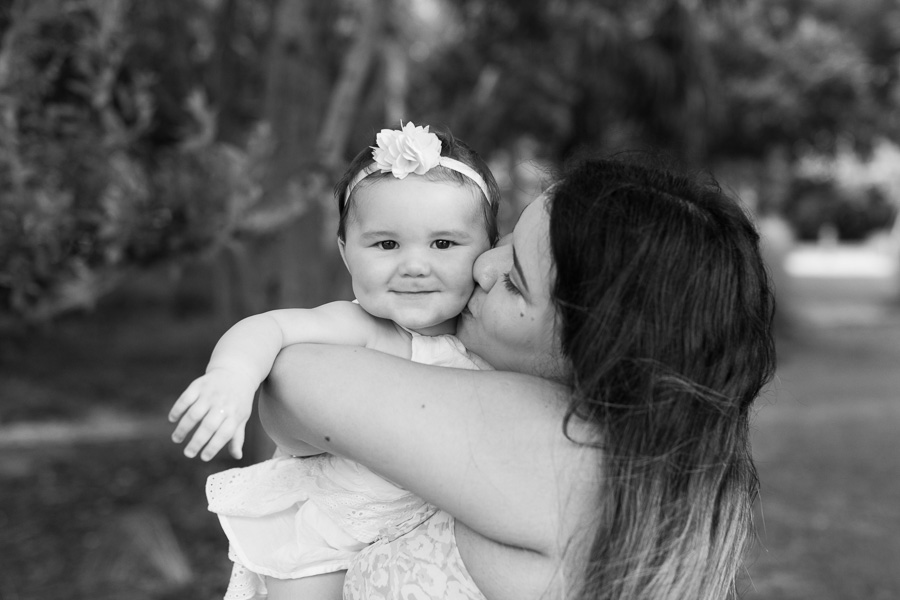 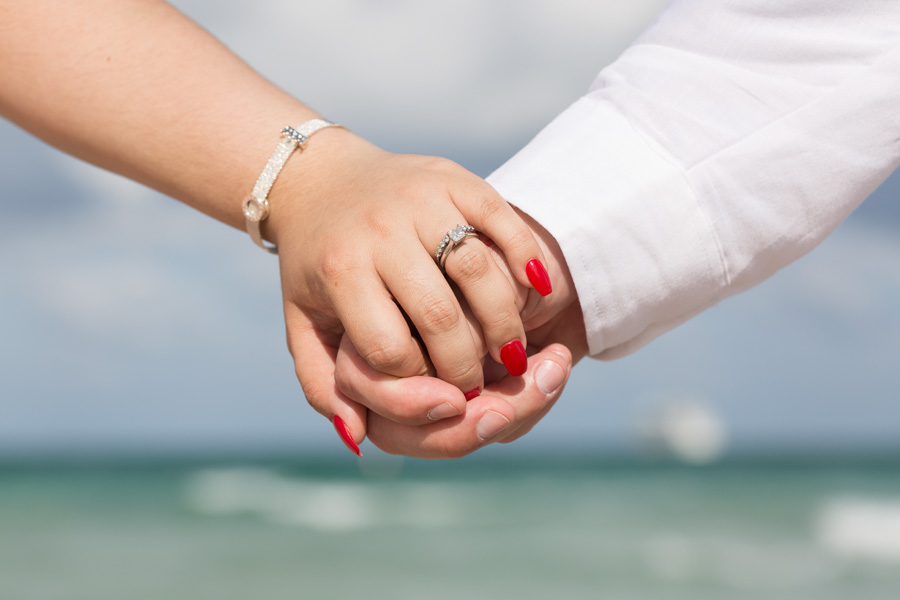 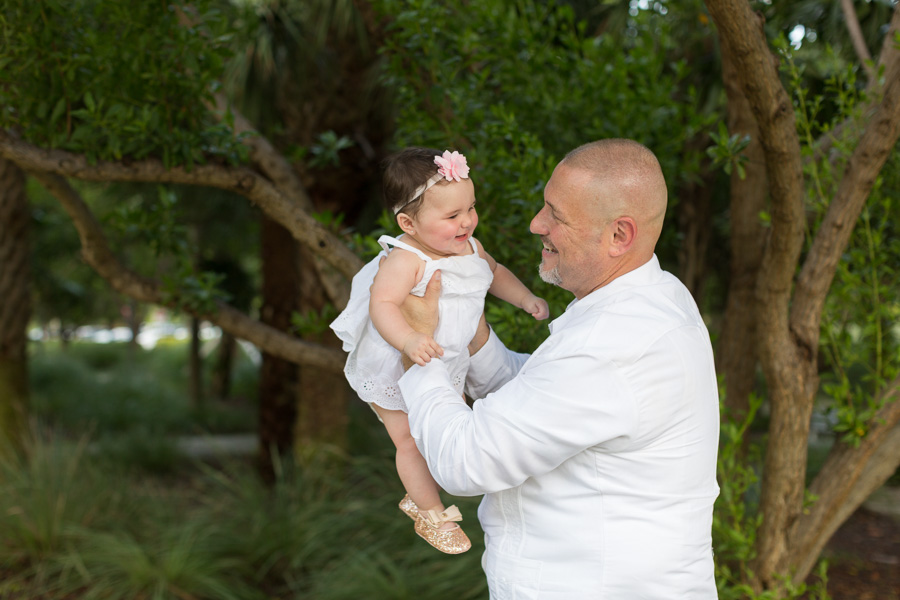 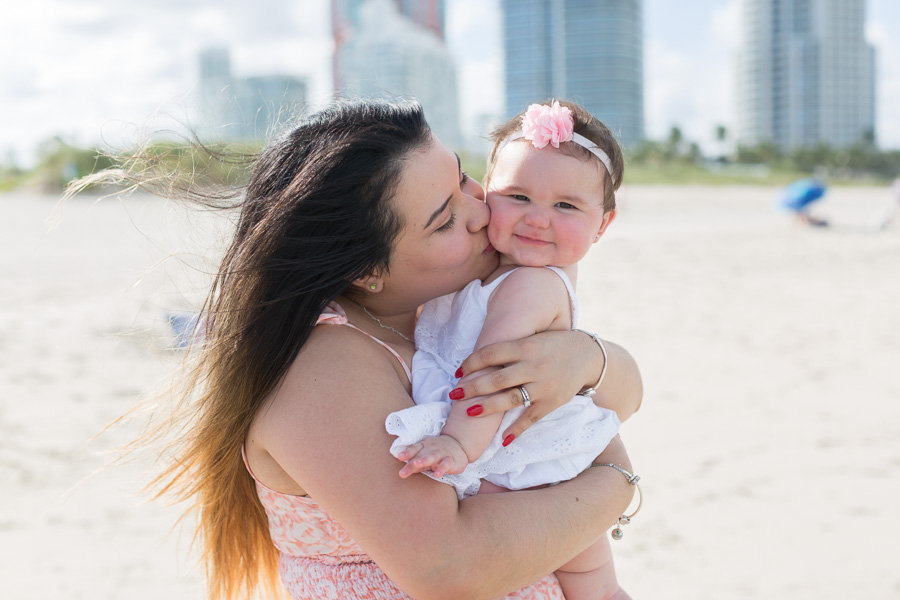 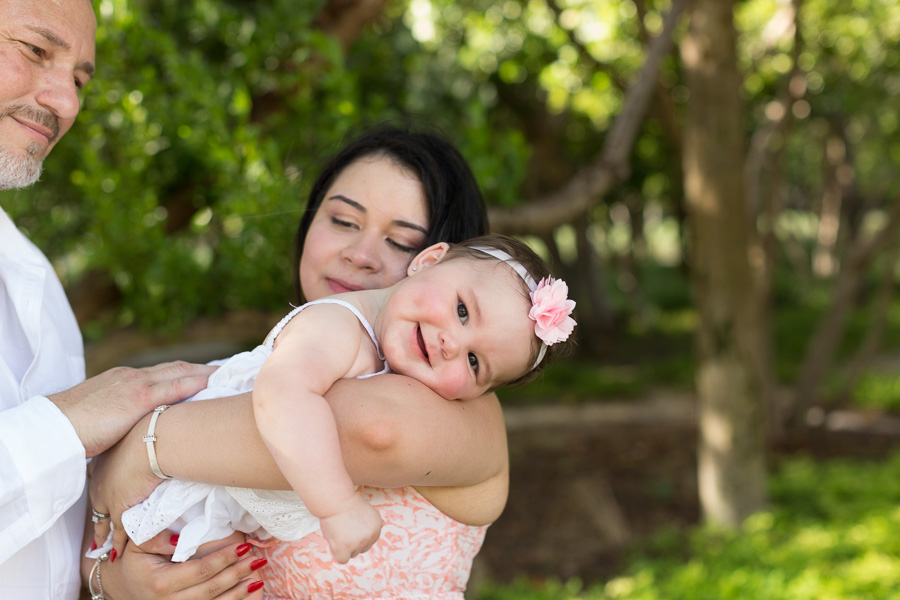 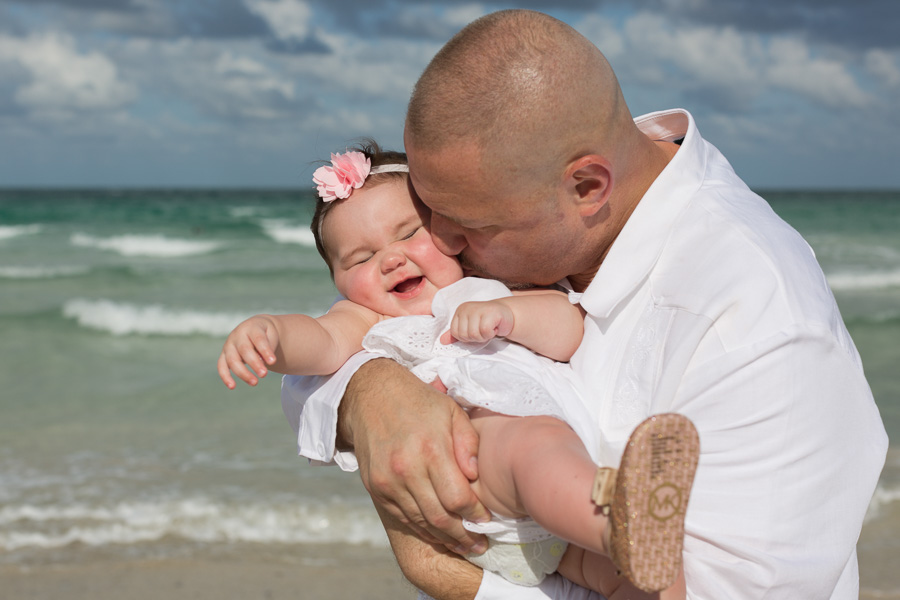 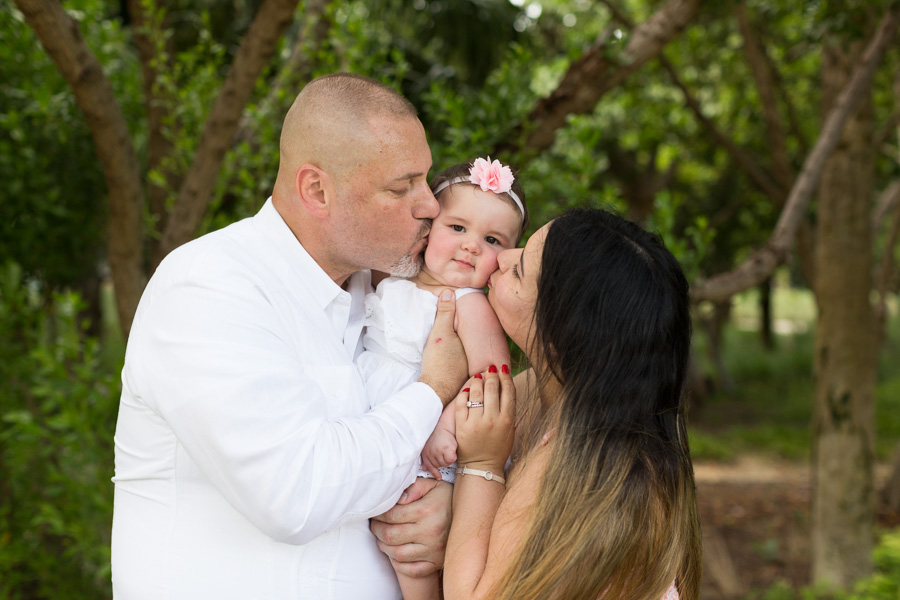 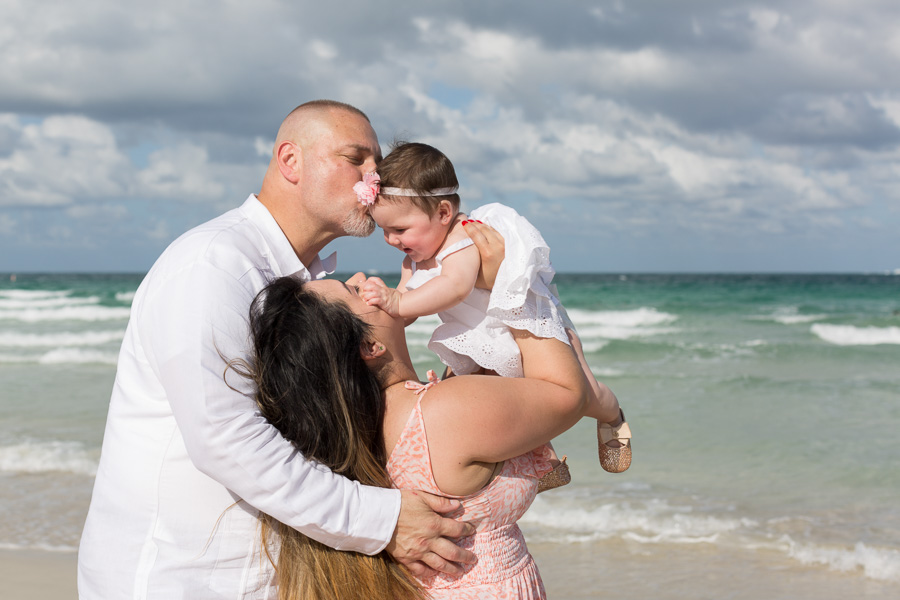 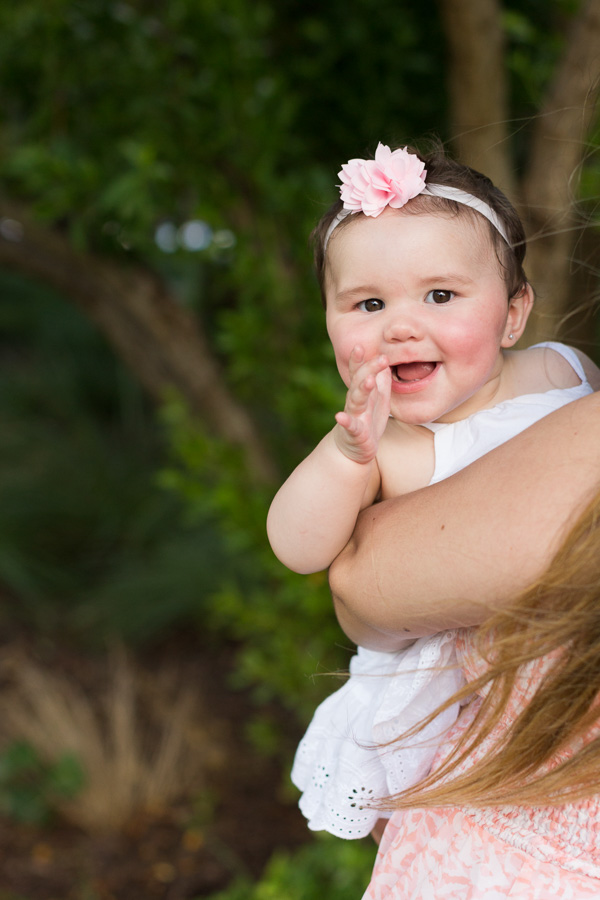 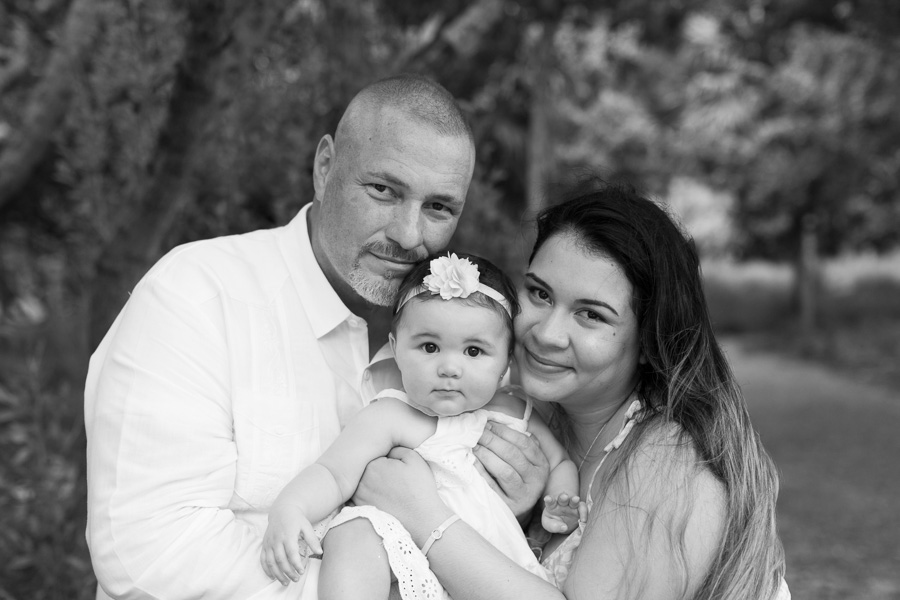 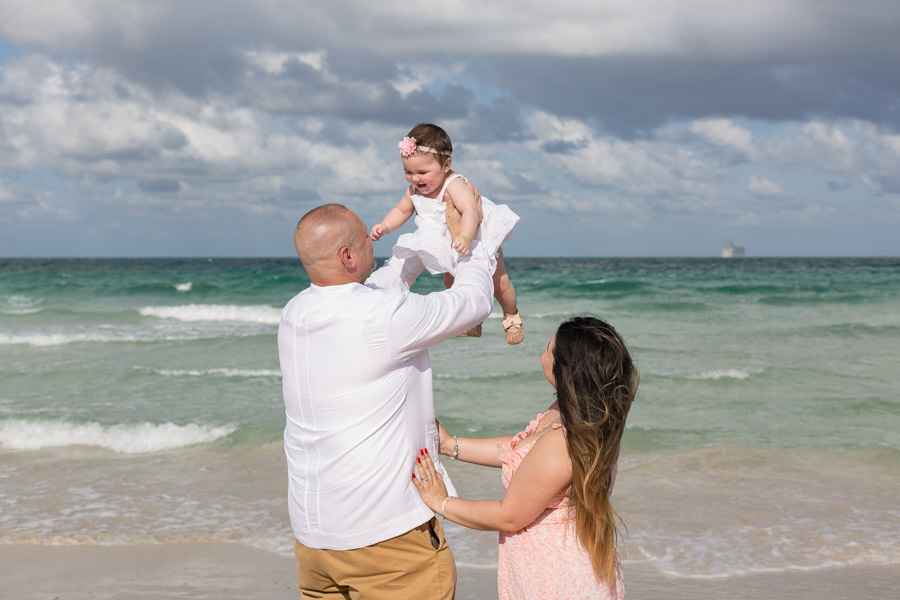 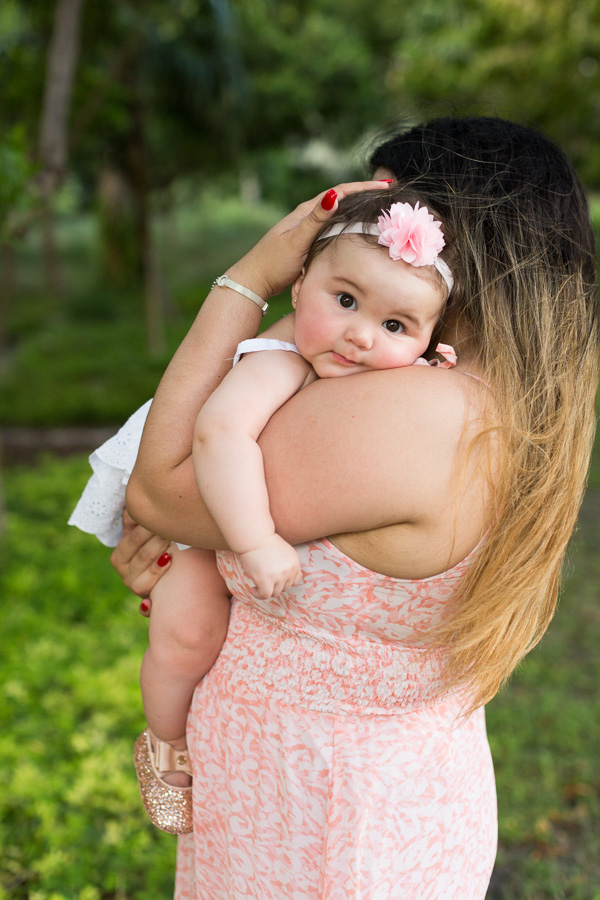 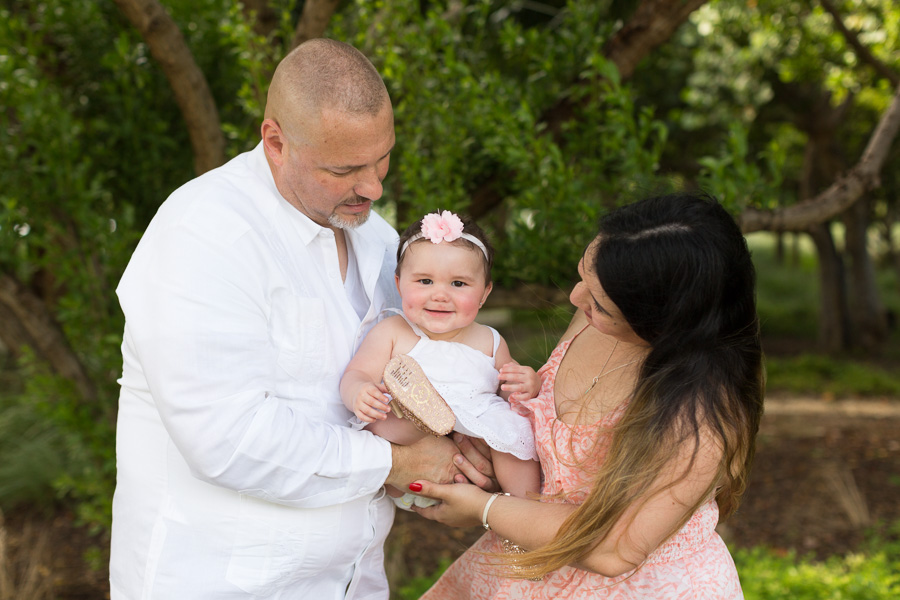 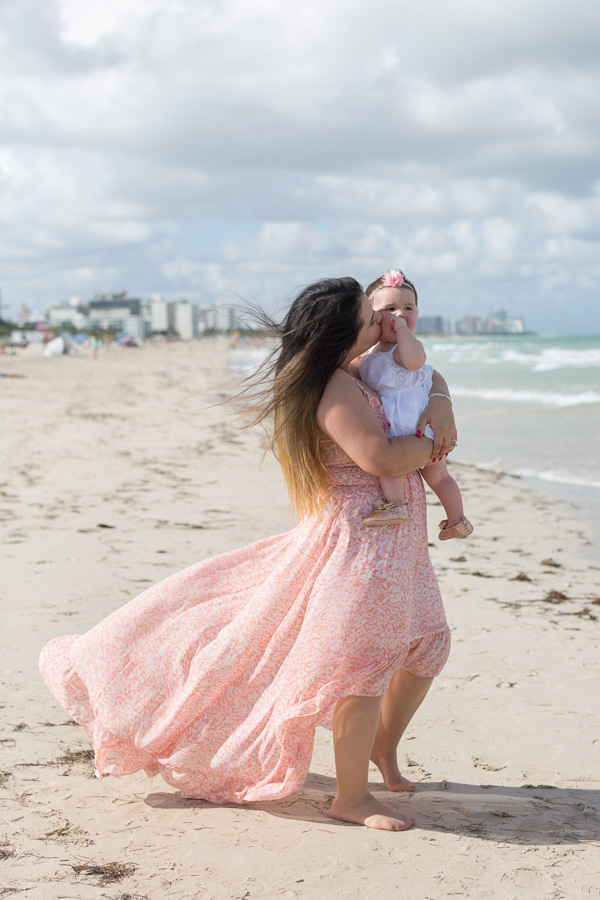 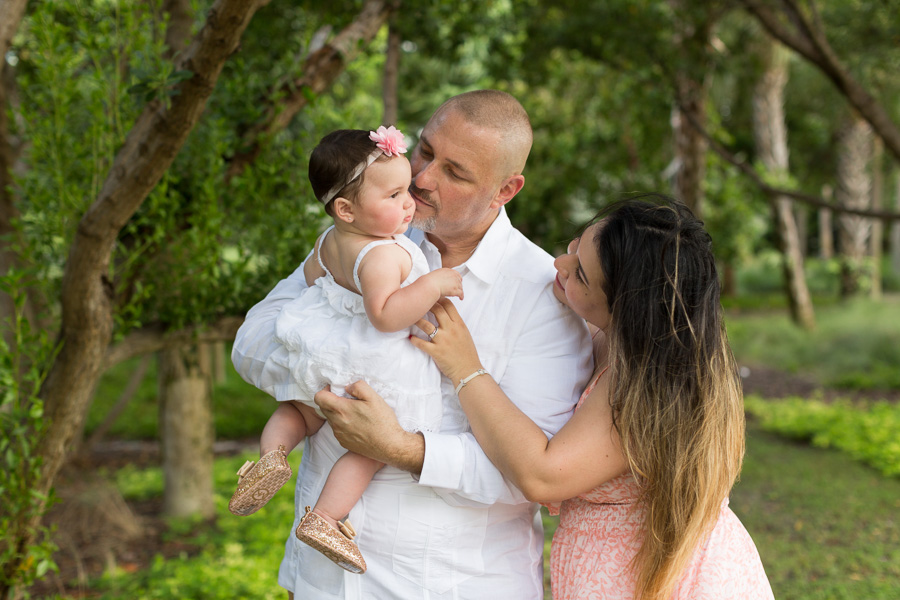 For this session, Ernesto was planning a surprise proposal. He wanted to propose at Vizcaya so we planned to meet there on a Friday afternoon. Hurricane Dorian had been threatening Florida all week and everyone was anxiously watching the news, hoping it would turn away from us. In anticipation of the possible arrival of the hurricane, some stores were closing even though the weather outside was still nice. I called Vizcaya and they said they were closing at 3pm in order to prepare for the hurricane. Our photo shoot was supposed to be at 3:30pm so I contacted Ernesto to let him know. We quickly changed the location to South Pointe Park.

The weather cooperated and was sunny and blue and beautiful! I followed them from a distance once they arrived at the park and captured the moment as he got down on one knee and asked her to marry him. She said yes!! We then went photographed on the beach and in the greenery for a variety of family photos. Their baby girl is so adorable and surrounded by two parents who love her to pieces.

Check out all of the surprise proposals and family photo shoots on the blog. To book a session, head over to the contact page or email [email protected] 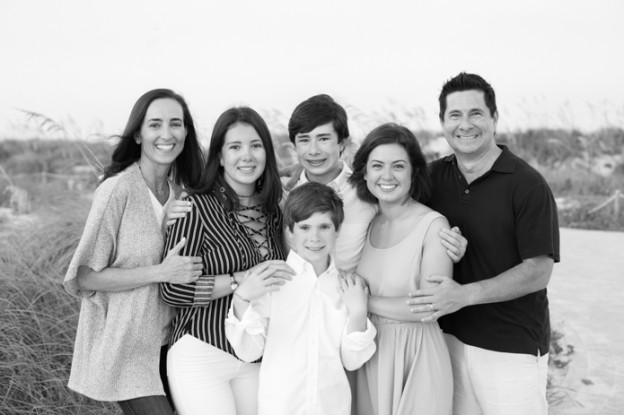 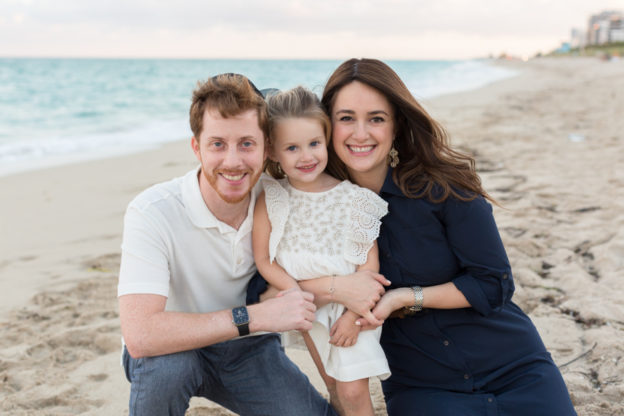 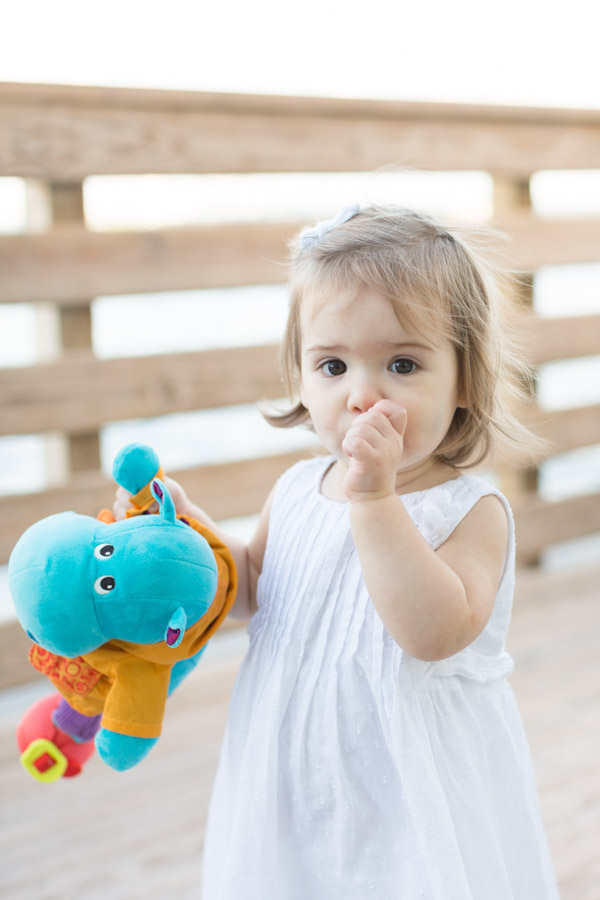