The plan: Philip wanted to propose to his girlfriend at Sugar; a rooftop bar & lounge located in a hotel called East Miami. Since it’s located in the Brickell neighborhood of Miami, it has a nice view of the surrounding skyscrapers. He planned on telling his girlfriend that a photographer would be there photographing people as a promotion for the hotels and restaurants in the area.

How it went down: Once I arrived, Phillip met me in the lobby and we went to the rooftop to scout. His then came back up with his girlfriend and the hostess, who was aware of the situation, seated them in a quiet area away from other people. I was nearby to capture the proposal when he got down on one knee and proposed. A group seated at a table not far from their’s saw what was happening and cheered as she showed off her engagement ring. We took a few more photos in another area where it was sunny and you could see the skyline view. So happy for the two of them as they begin their engaged, soon-to-be-married life together!

If you plan on proposing at Sugar or at another private establishment, you would need to reach out to them first to get permission. 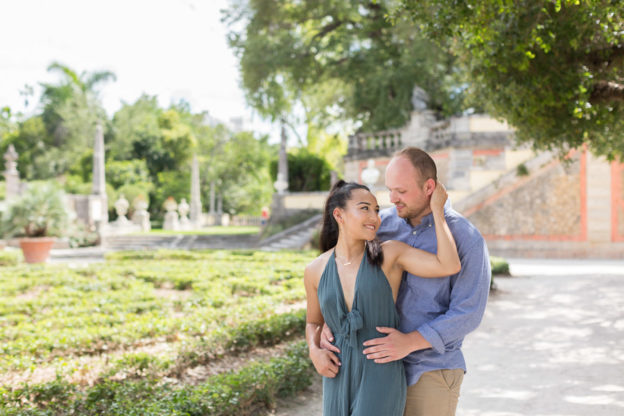 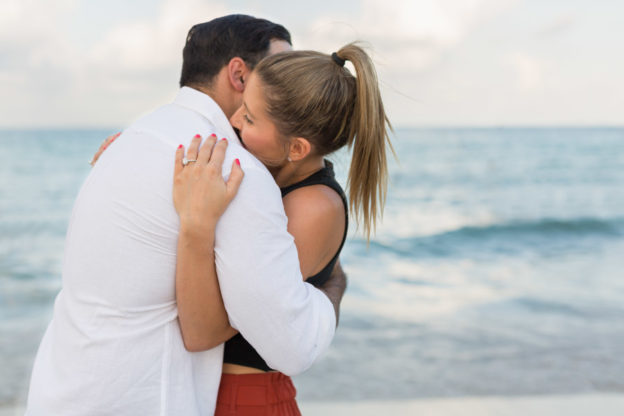