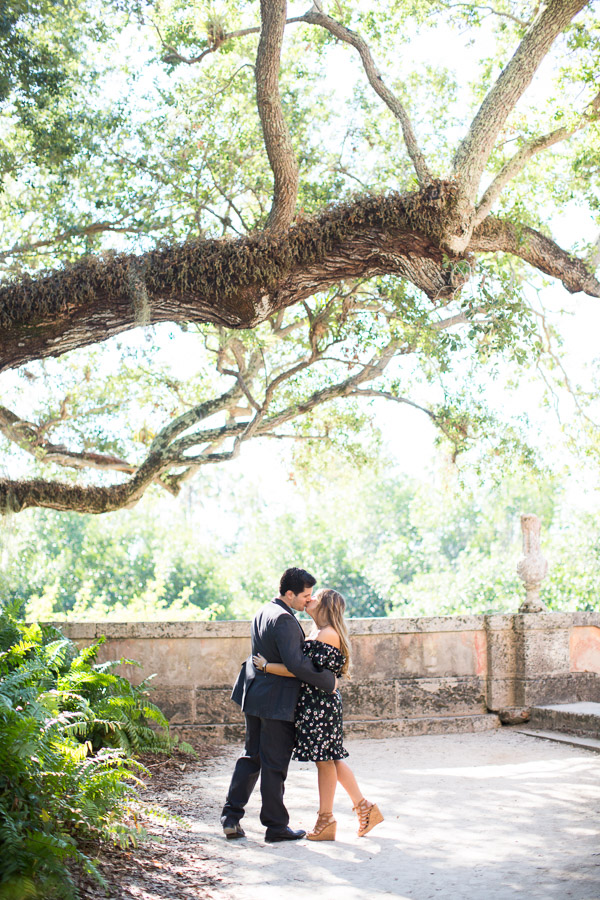 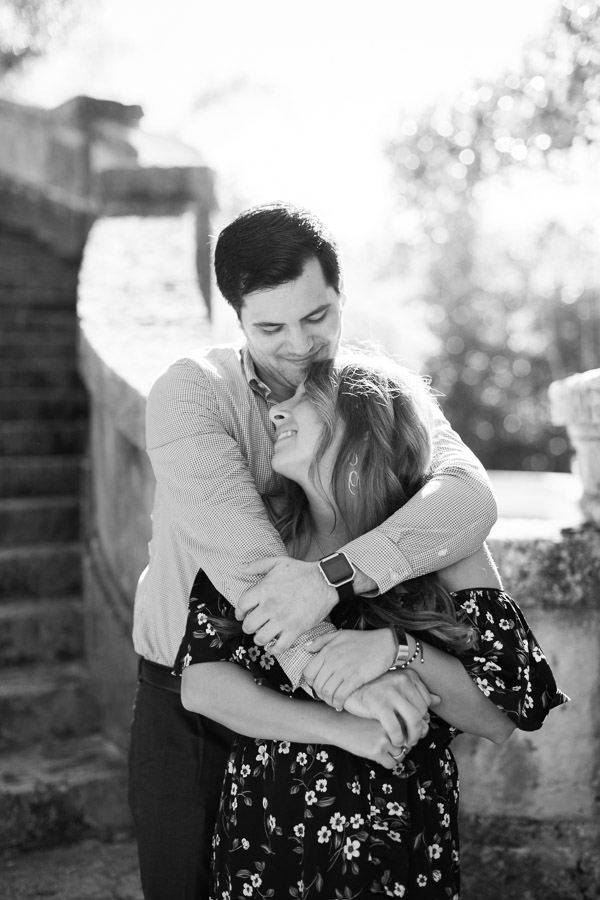 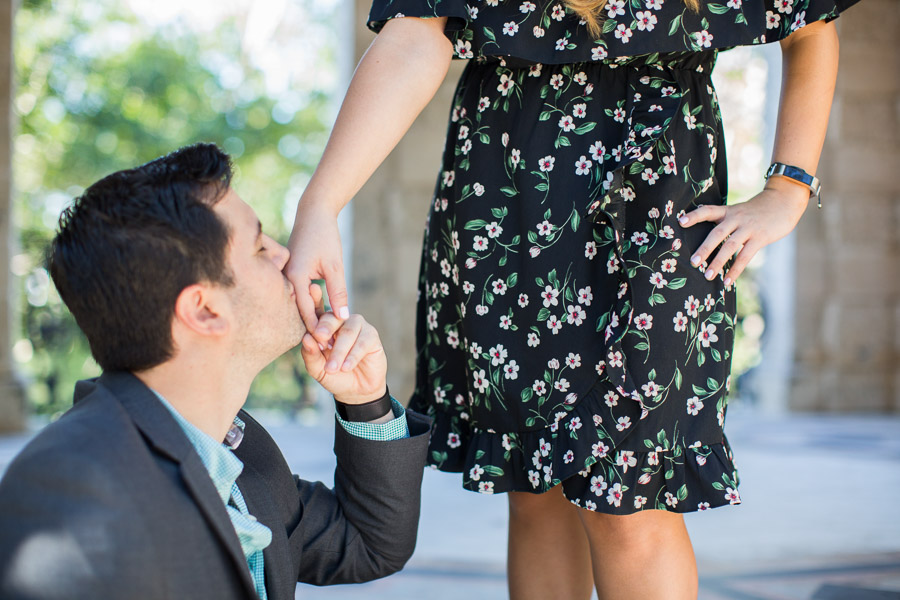 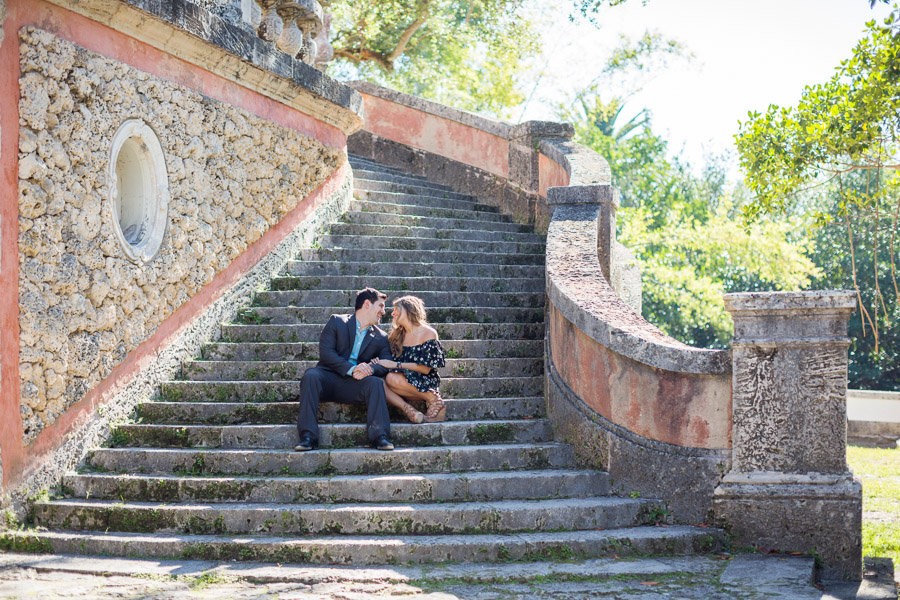 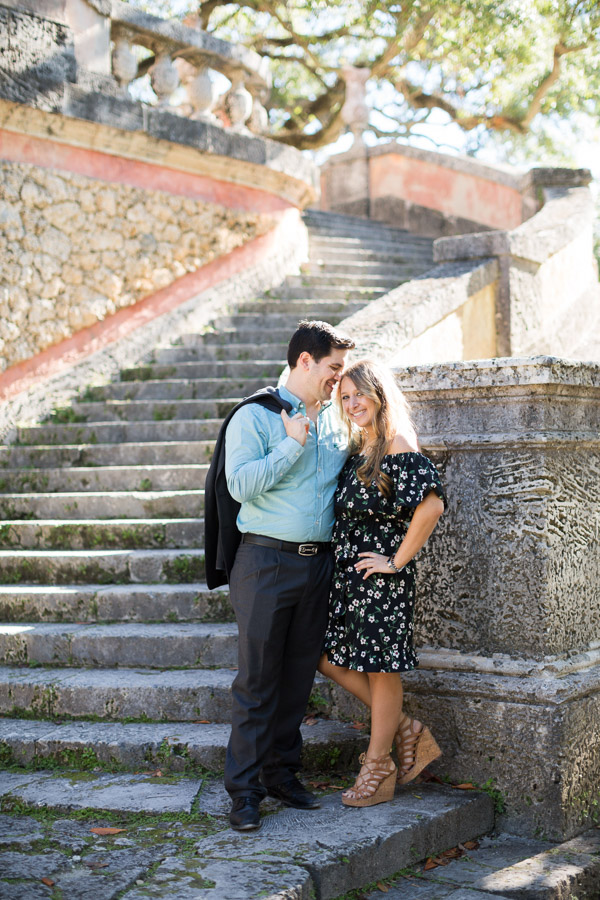 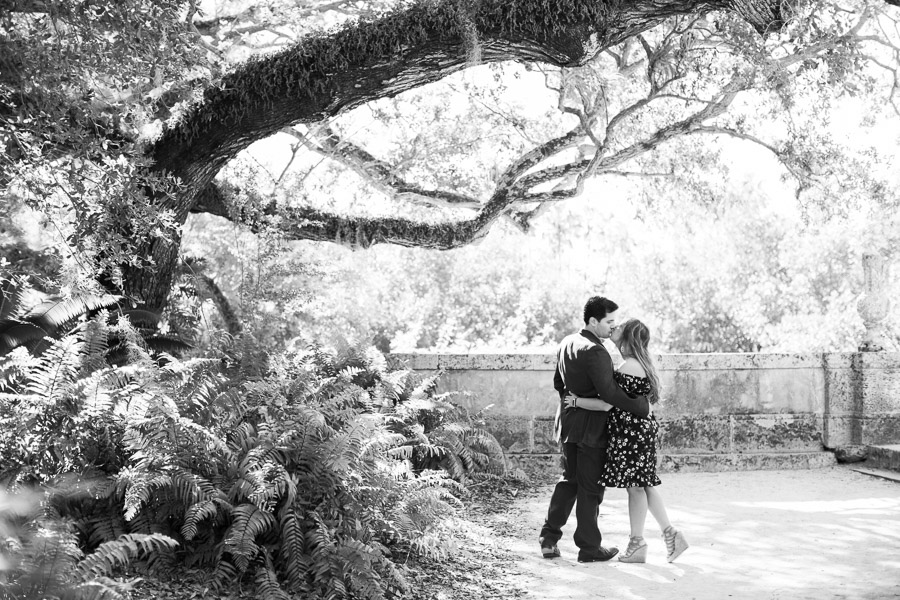 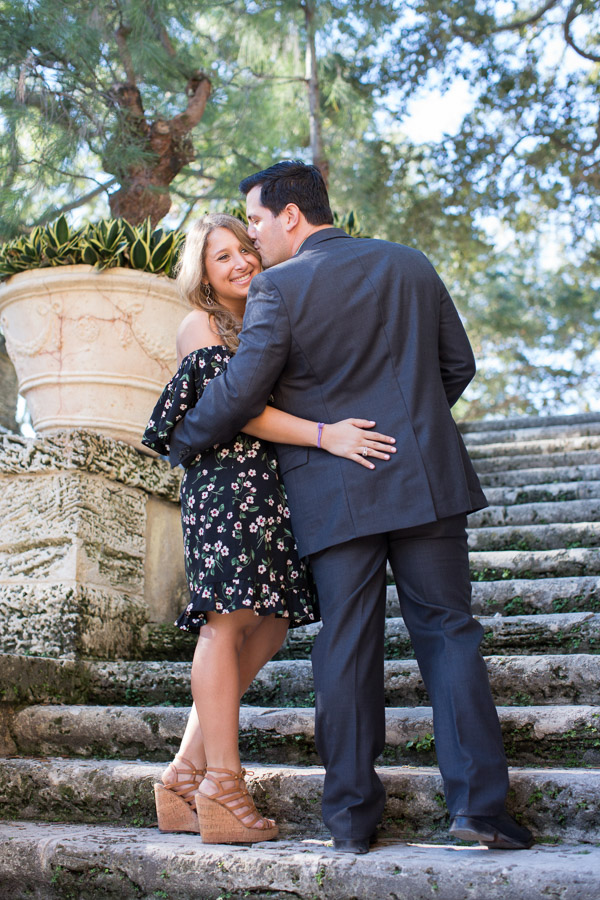 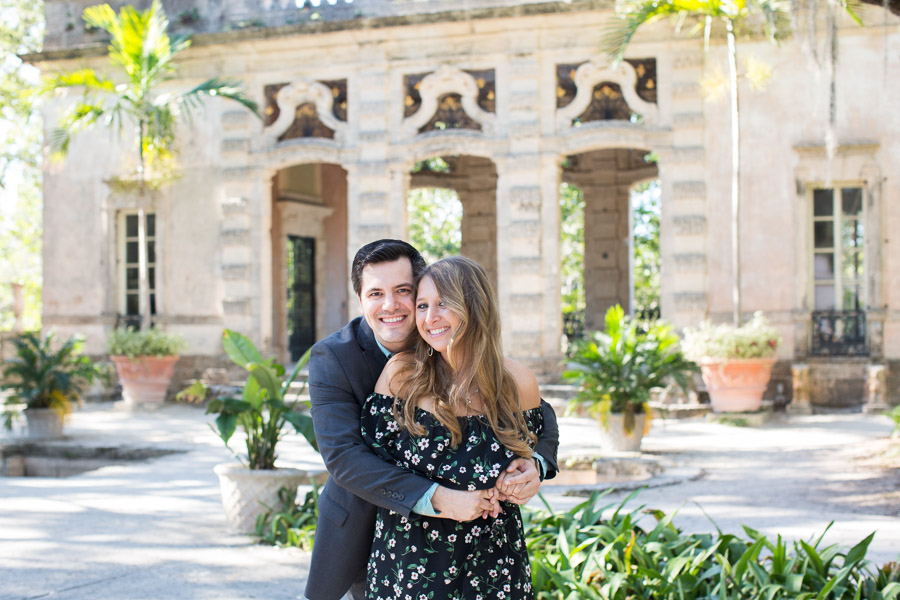 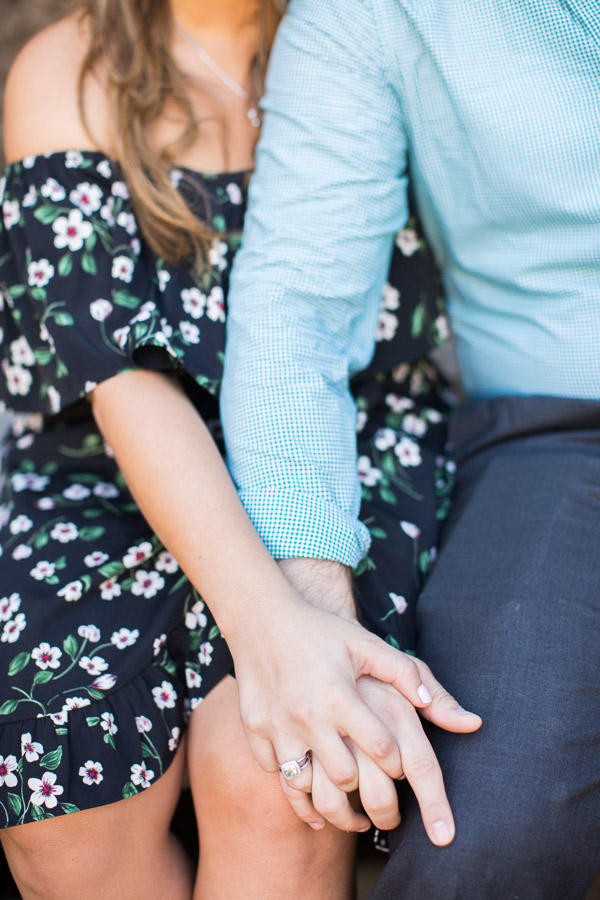 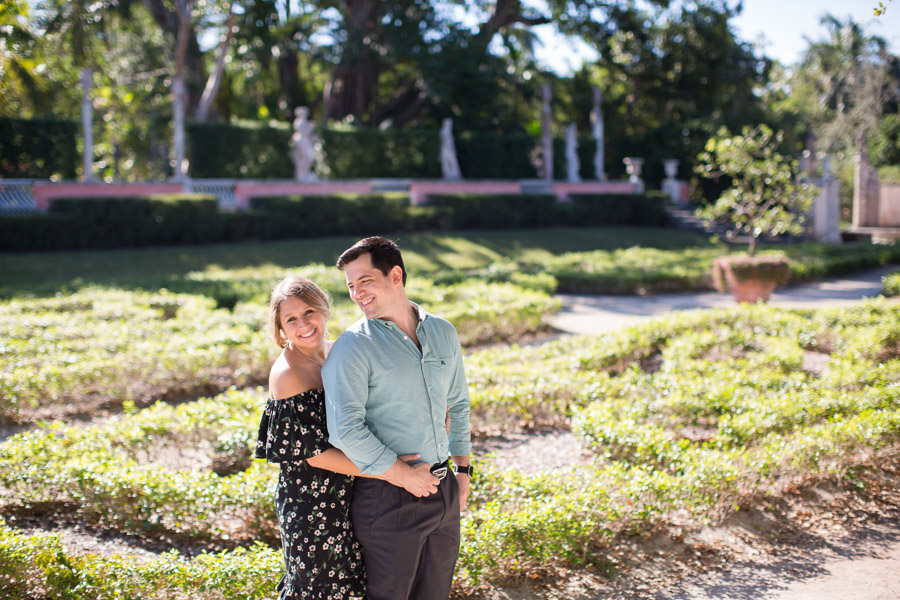 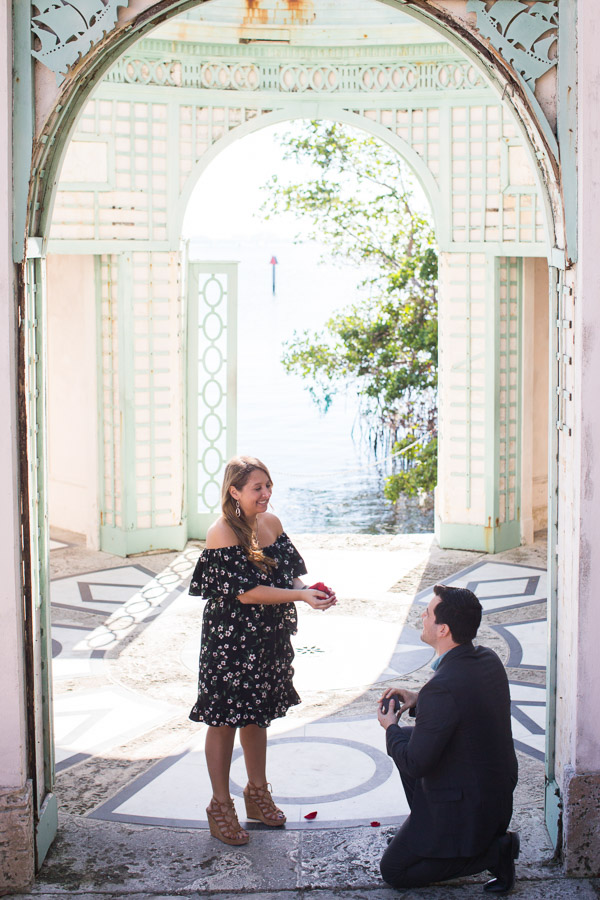 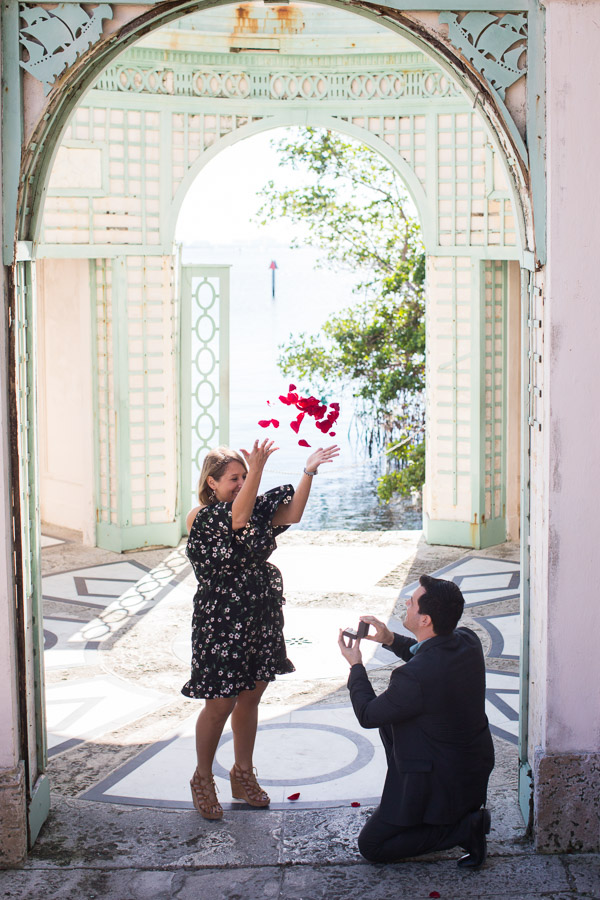 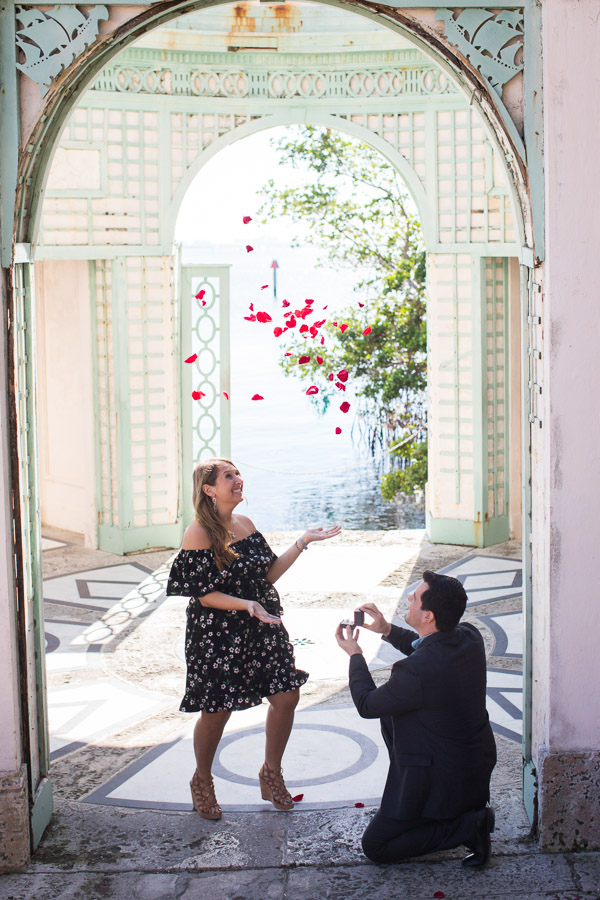 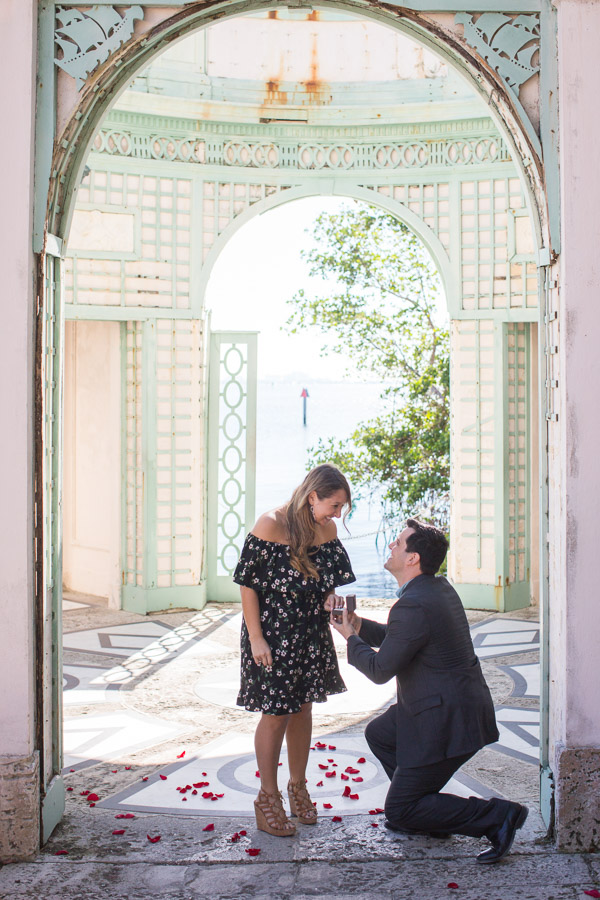 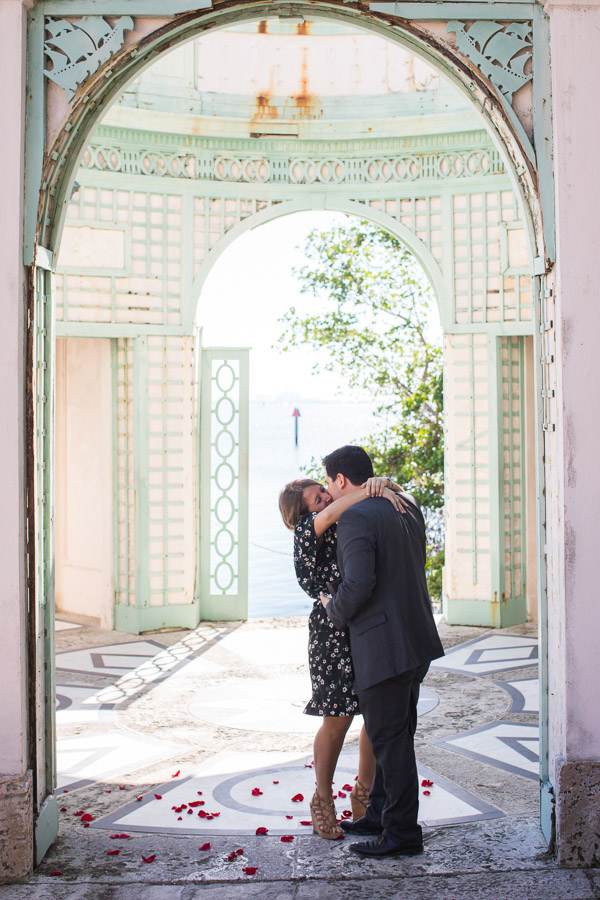 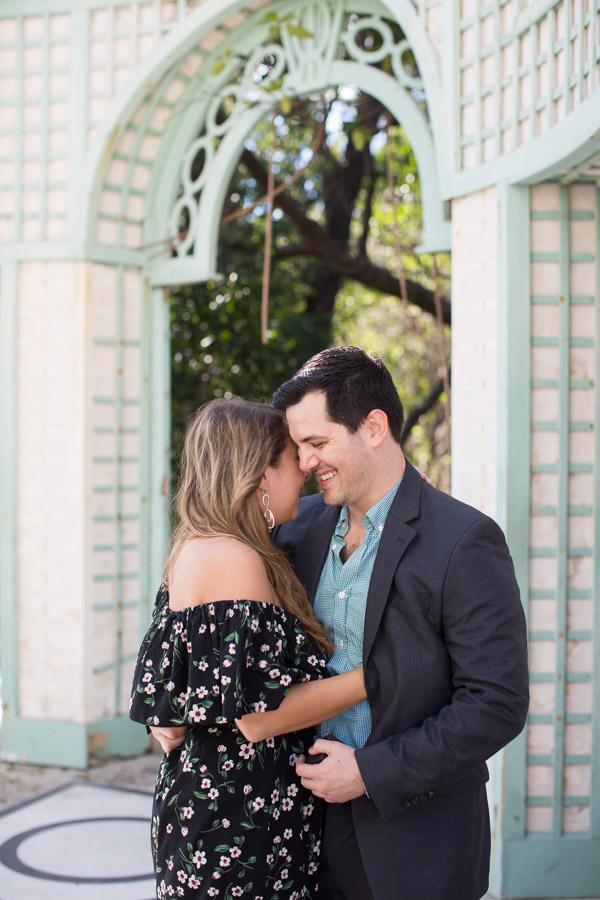 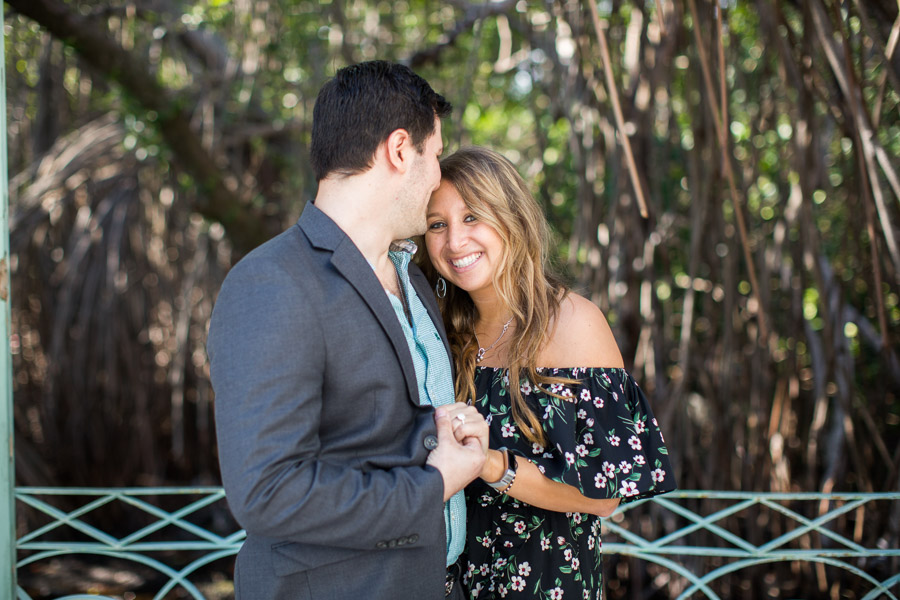 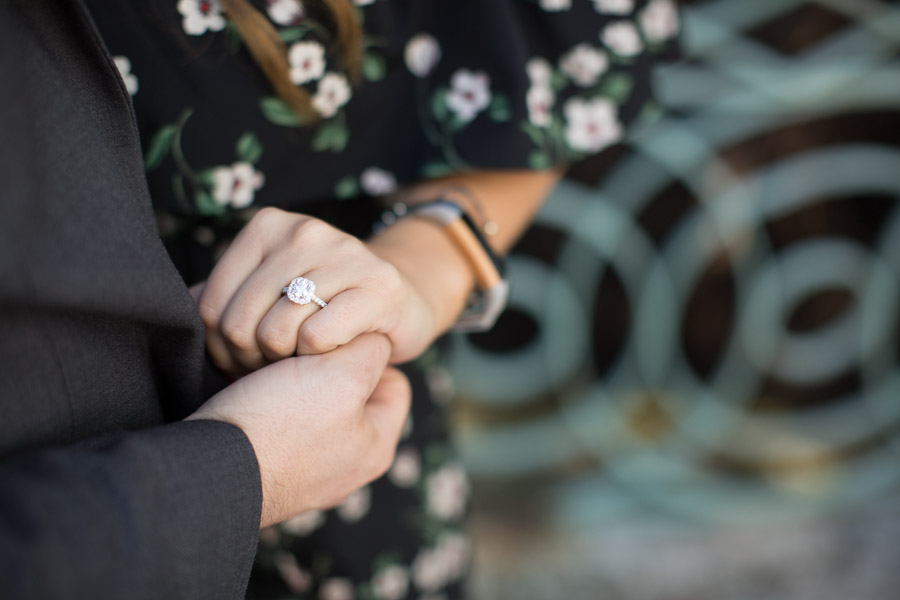 This Vizcaya Proposal and Engagement Photography session was pretty special. They met at medical school and became best friends since.

The plan: We were going to take a “just because” couple session (this was during the holidays, the day before New Year’s) at one of my favorite places to photograph, Vizcaya Museum and Gardens. He told me he often did silly magic tricks on her at home, so he would plan another one the day of the session.

The day of the shoot: We spent our time roaming around the beautiful gardens at Vizcaya on Sunday morning. There are elegant stairwells, archways, and Italian and French 17th and 18th century styled gardens that are perfect for couple or engagement sessions. Finally, we made it to the Tea house. He gave her a handful of red rose petals, told her to close her eyes, and said that after she threw them in the air he would magically have them transform back into their original form. The magic appeared instead in the form of a ring. There he was on one knee, the two of them surrounded by rose petals, overcome with emotion. She said yes, they kissed, and reveled in giddy smiles, her hand now adorned with a diamond ring.

For those wanting a Vizcaya Proposal and Engagement Photography session, or a couple or family sesson, please note that Vizcaya does have a permit fee. Check out other Miami proposal photography sessions on the blog. View all of the Miami couple sessions as well as all of the Vizcaya Museum and Gardens photo shoots. Vizcaya is also a great location for family photo sessions. Read more about the creation of Vizcaya and its history here. Check out other Miami photography locations that are great for a couple or family session. 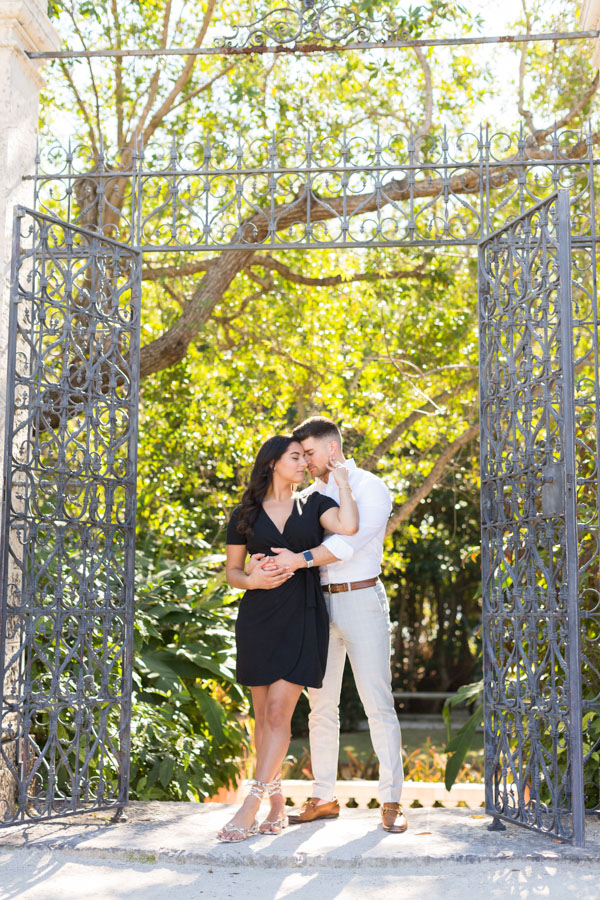