I love photographing couples who have been together for years and are still so sweet together and in love. It makes my job easy to capture the connection between the two of them. This couple came in from Jacksonville, Florida to celebrate their 20th Anniversary at the Eden Roc in Miami Beach. They brought along a picture from their wedding day and we re-created the same pose 20 years later.

This session took place before sunset on the beach and boardwalk behind the Eden Roc Hotel. To schedule an anniversary, couple or family photo shoot, fill out the form on the contact page to get in touch! You can also send an email to [email protected] . 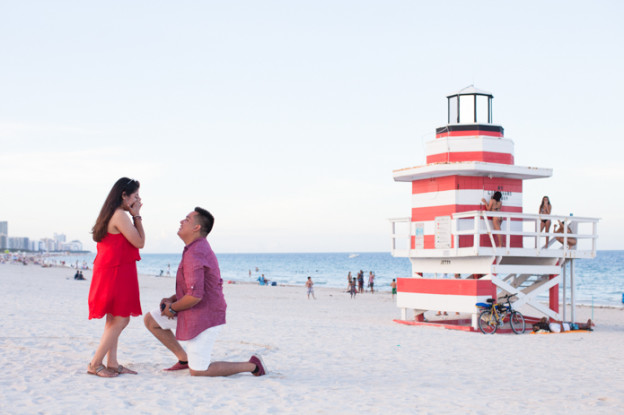