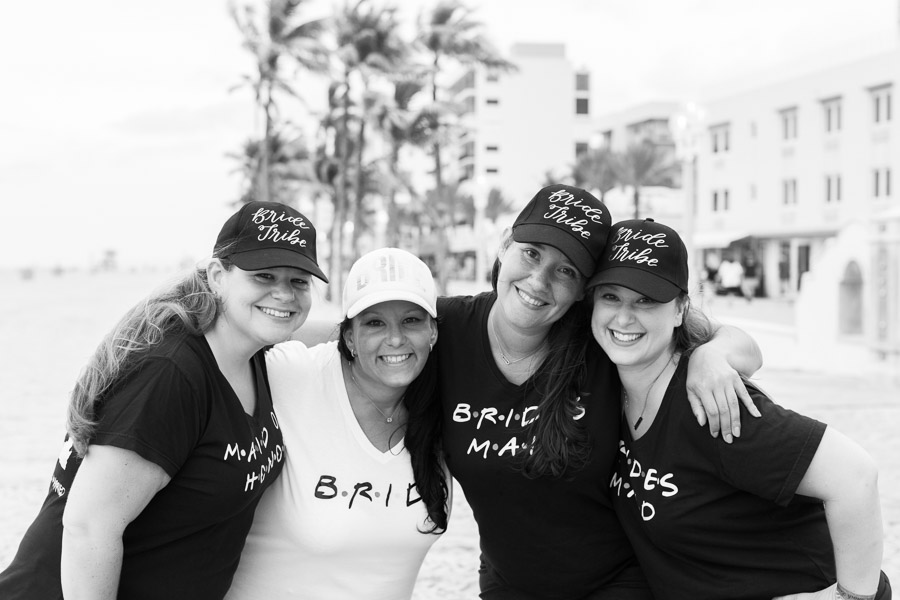 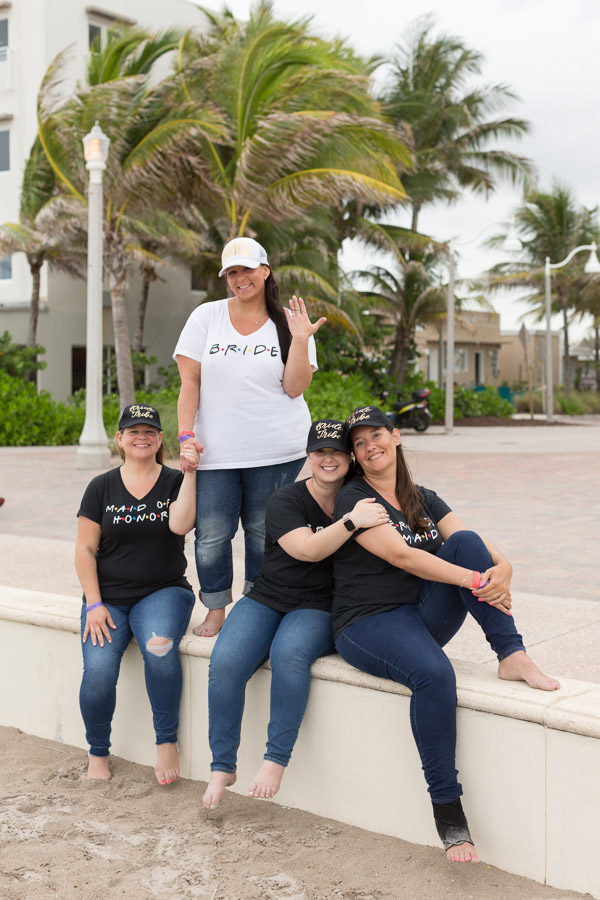 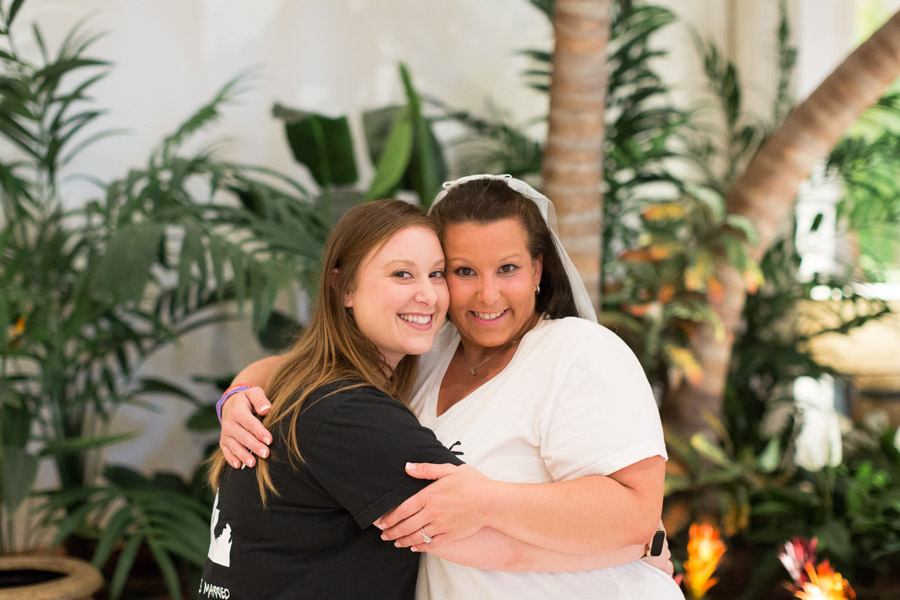 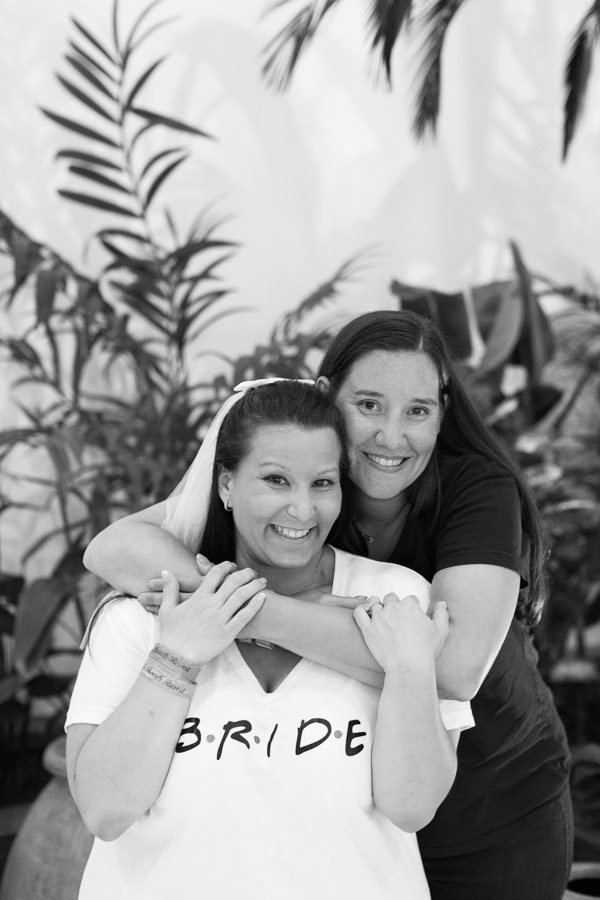 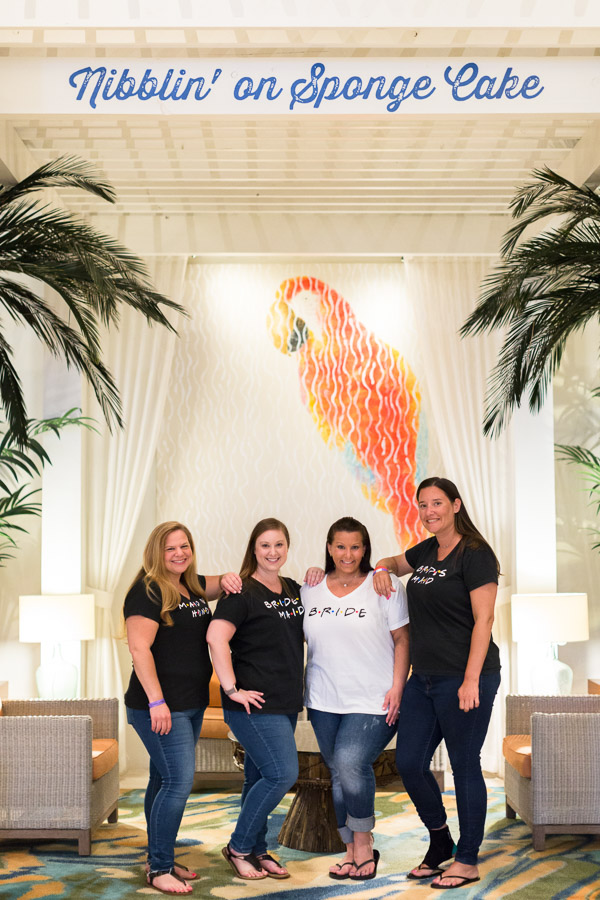 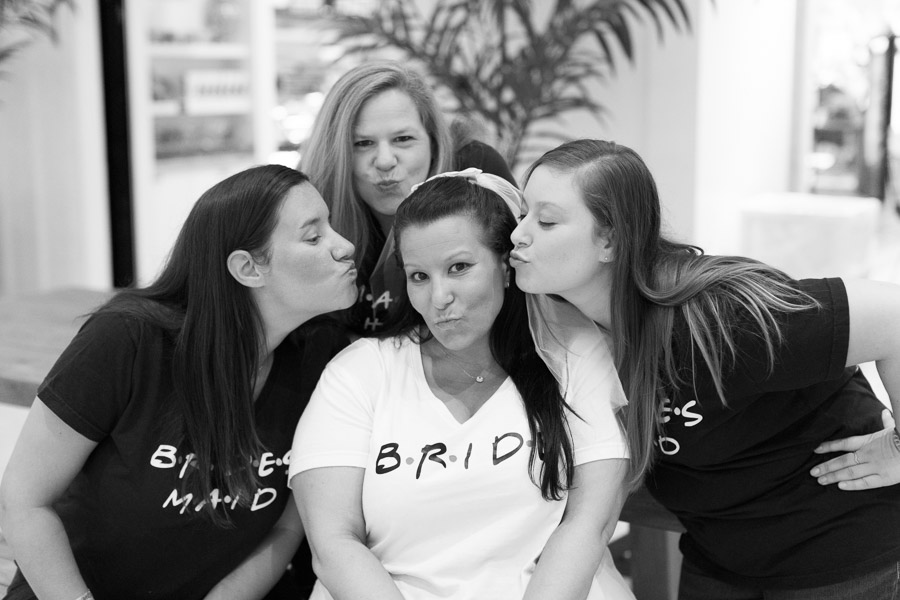 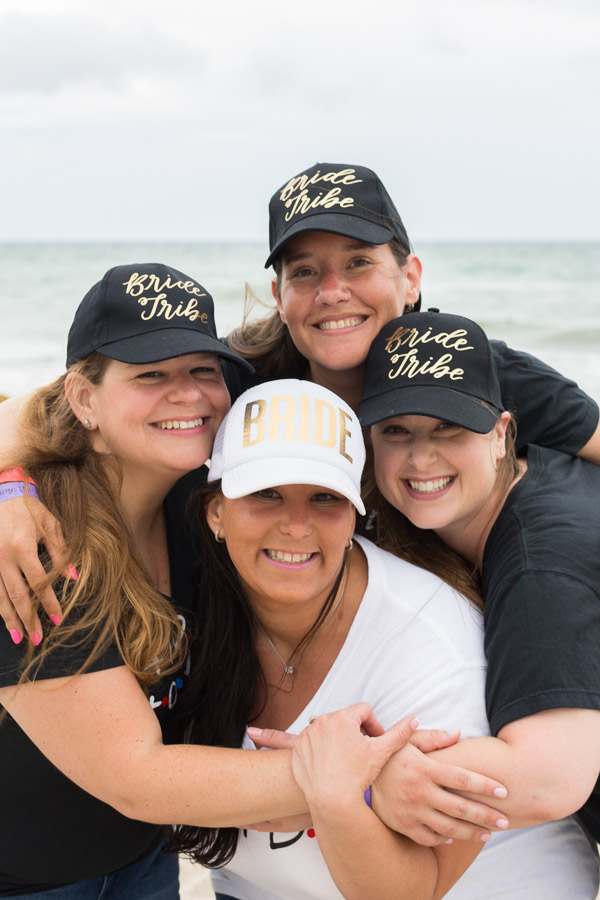 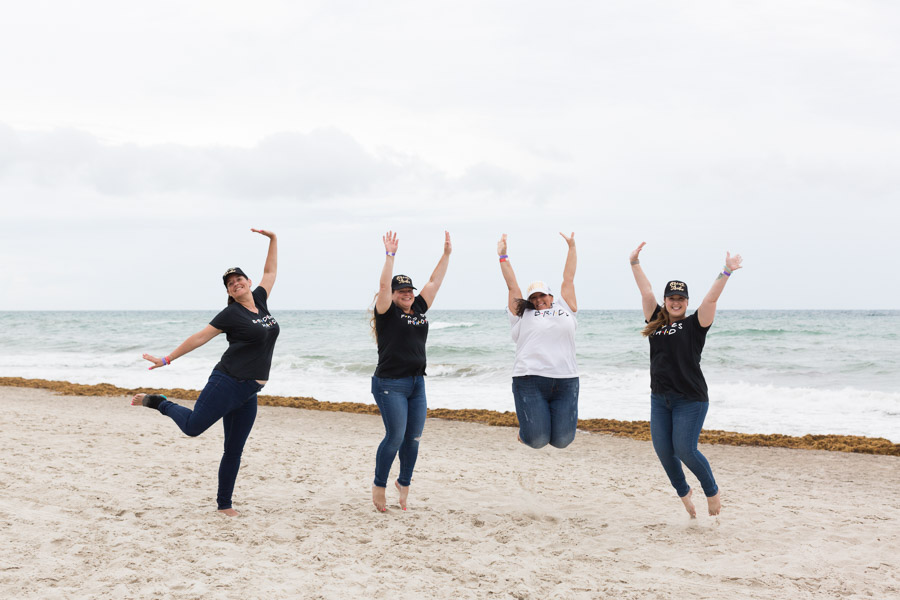 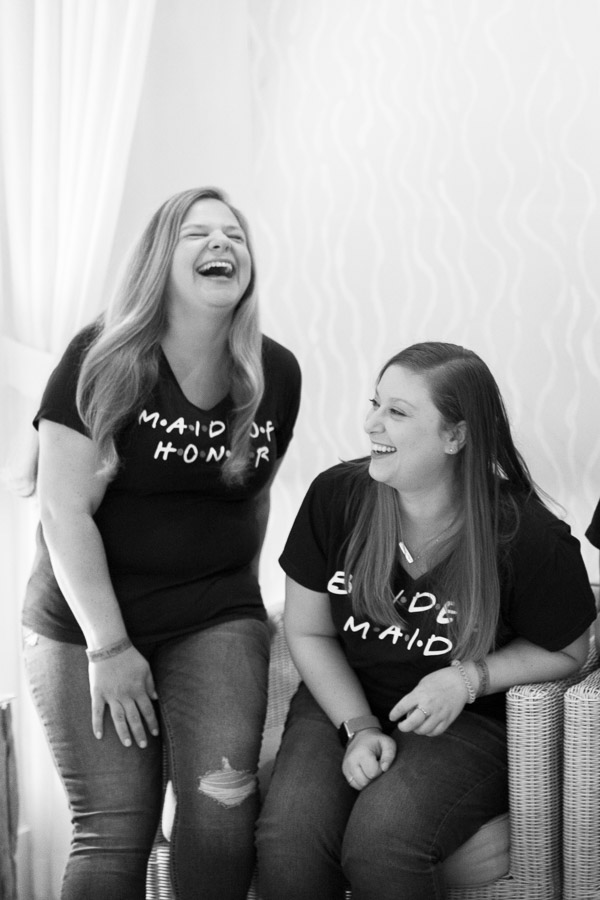 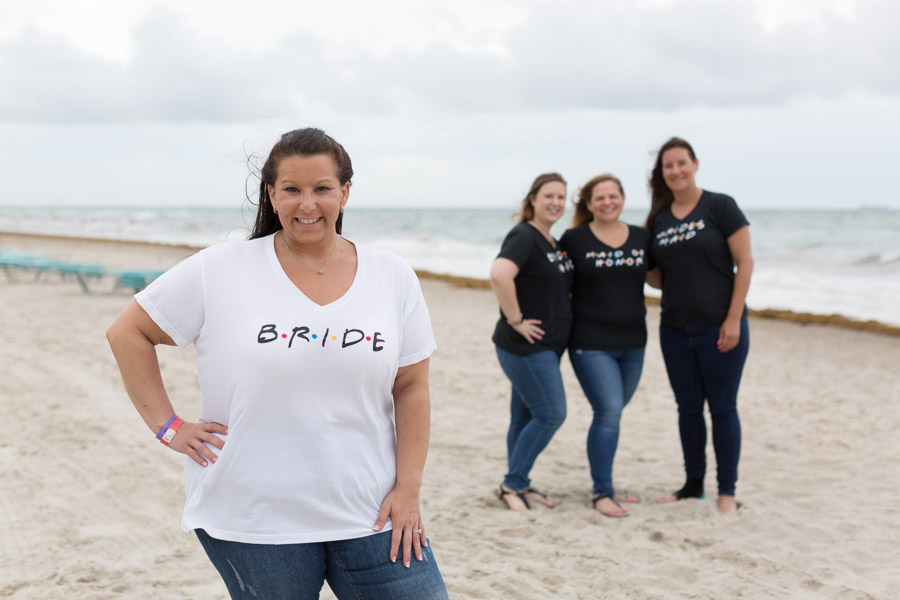 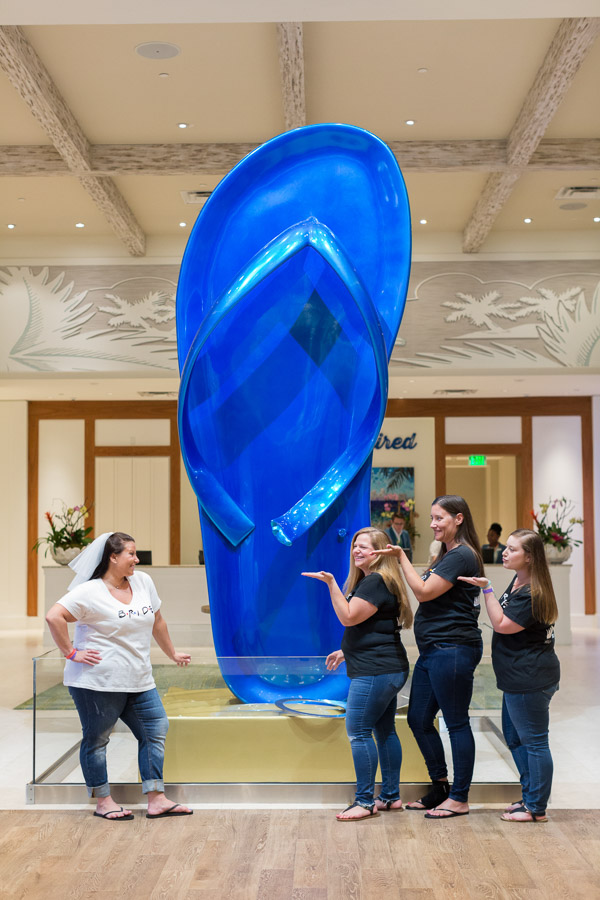 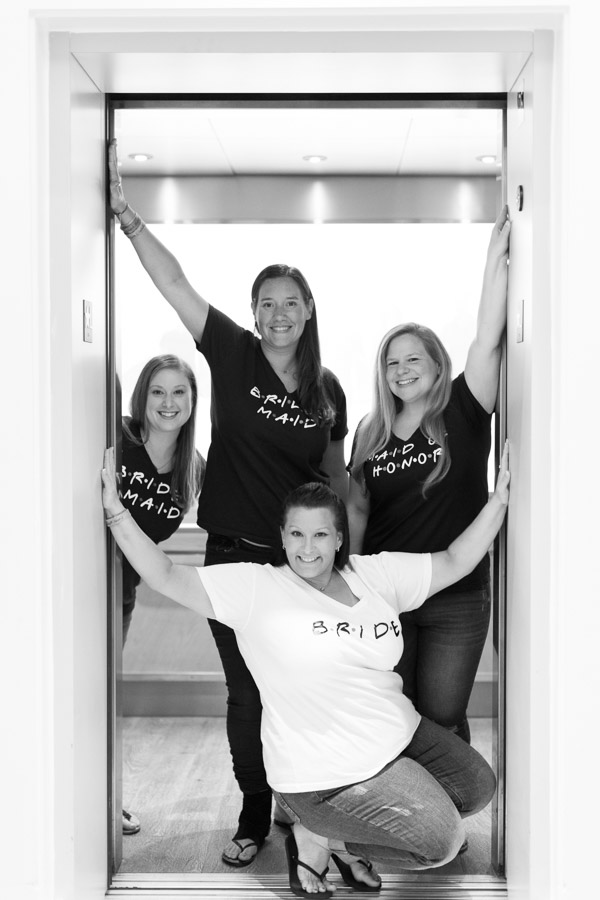 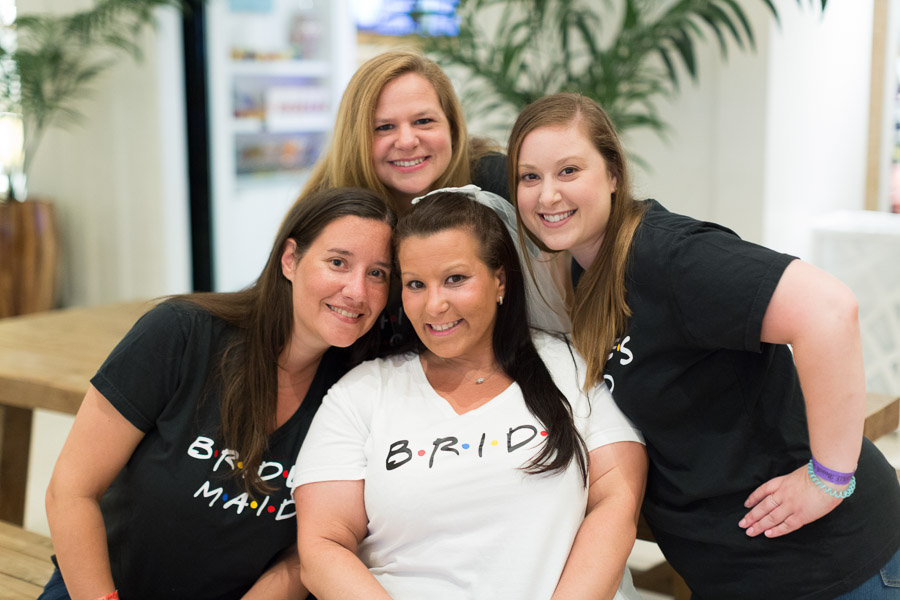 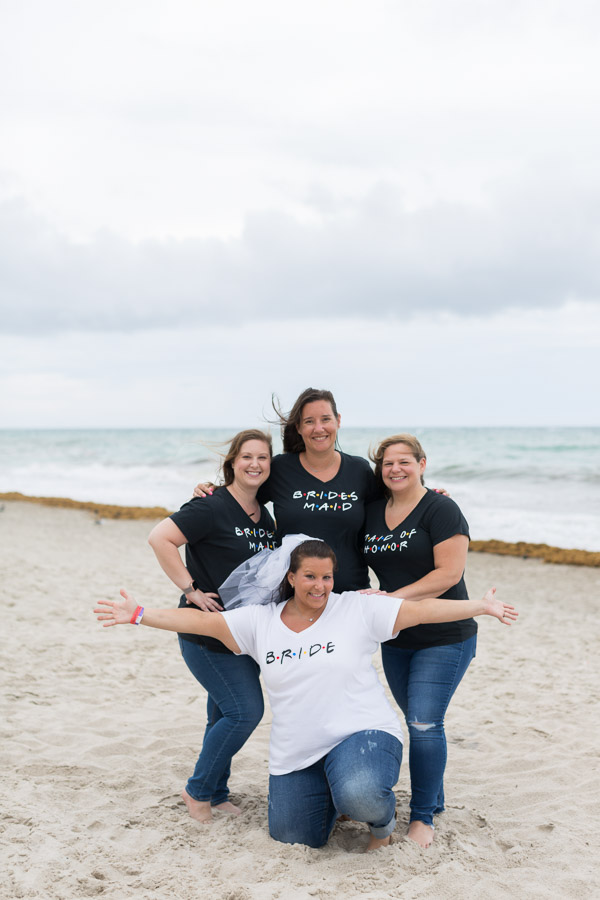 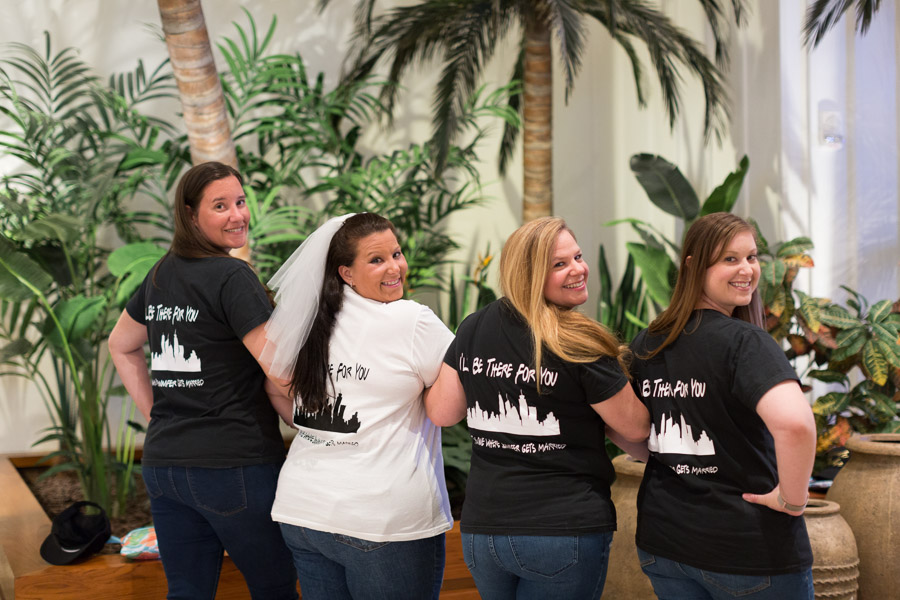 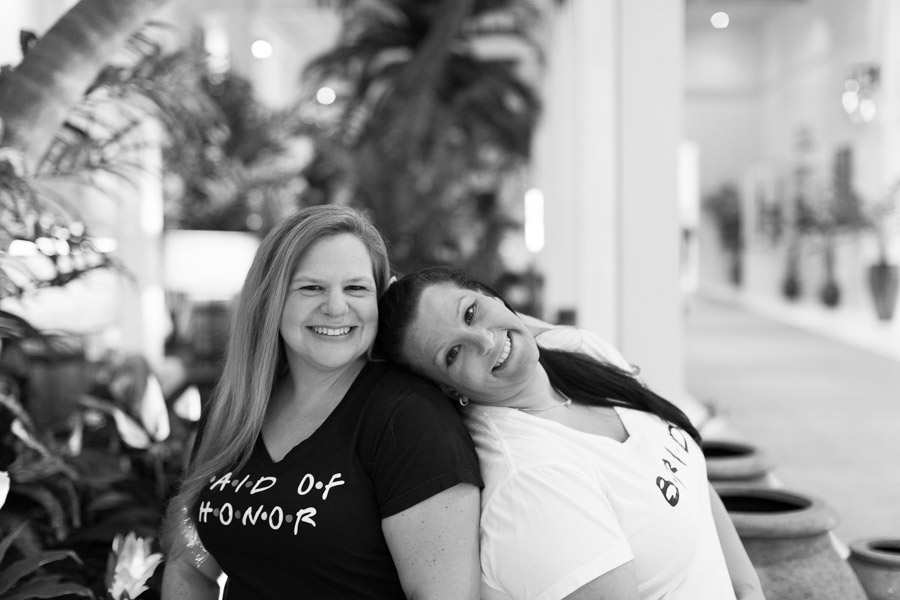 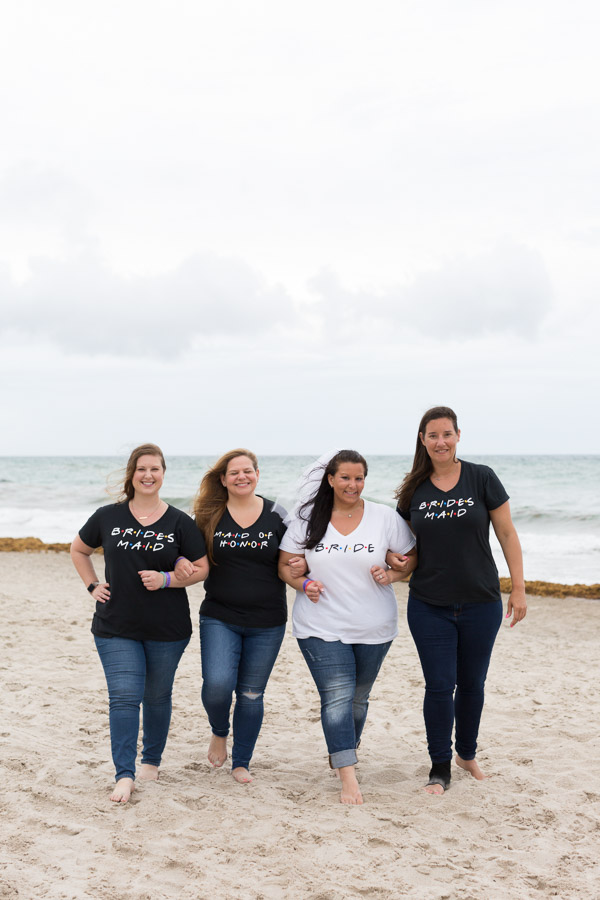 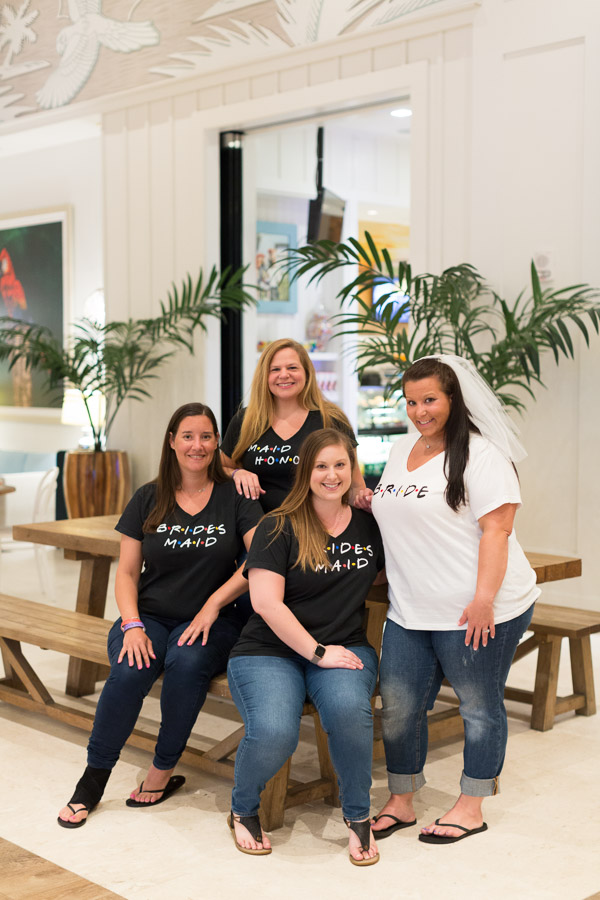 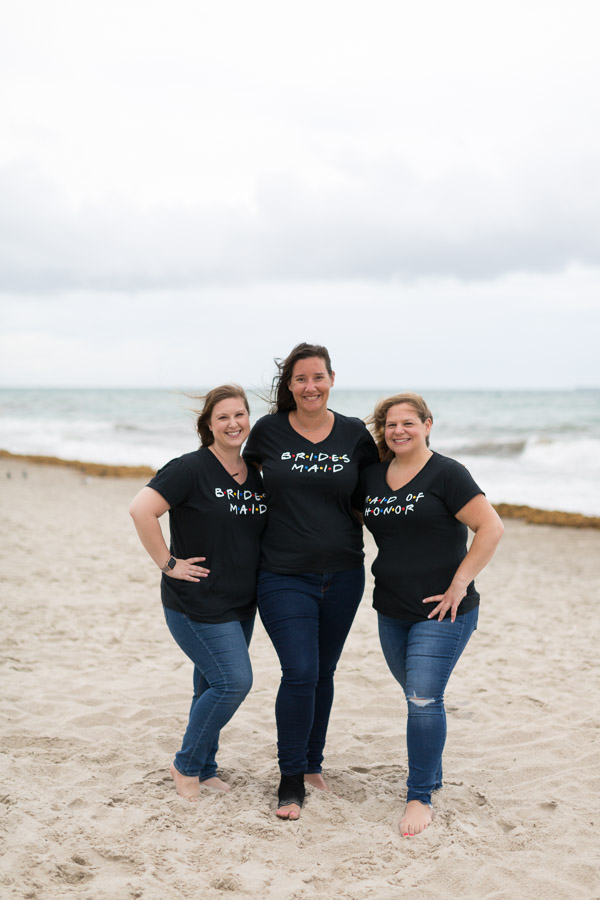 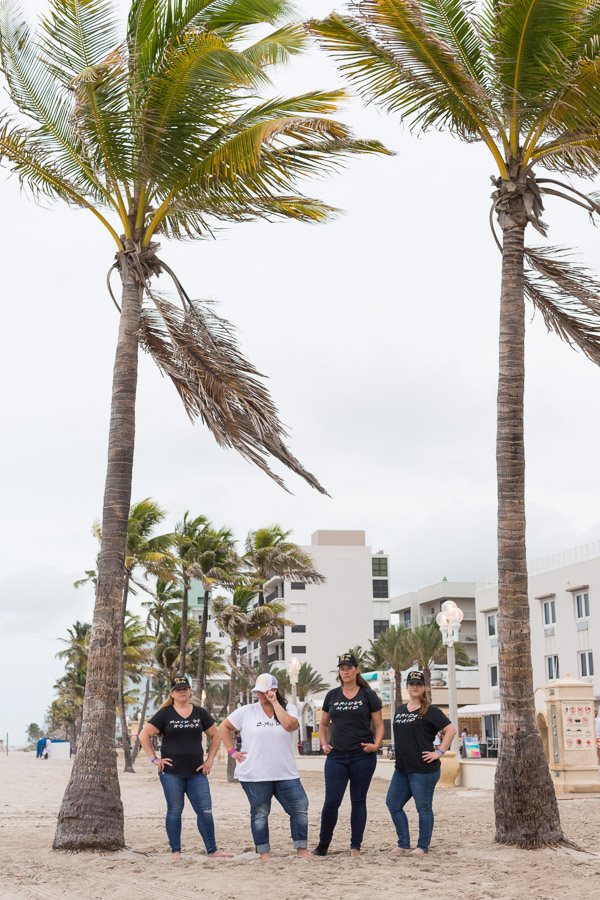 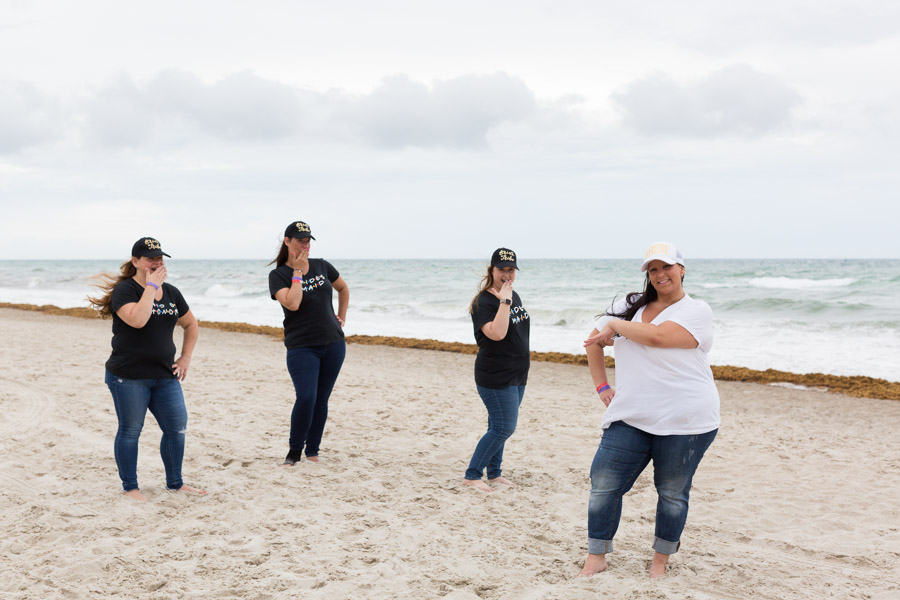 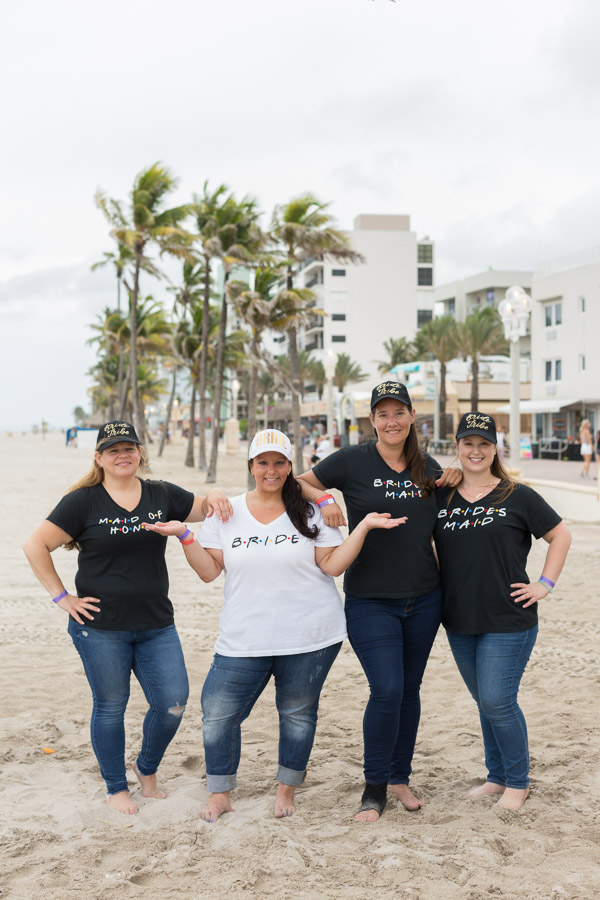 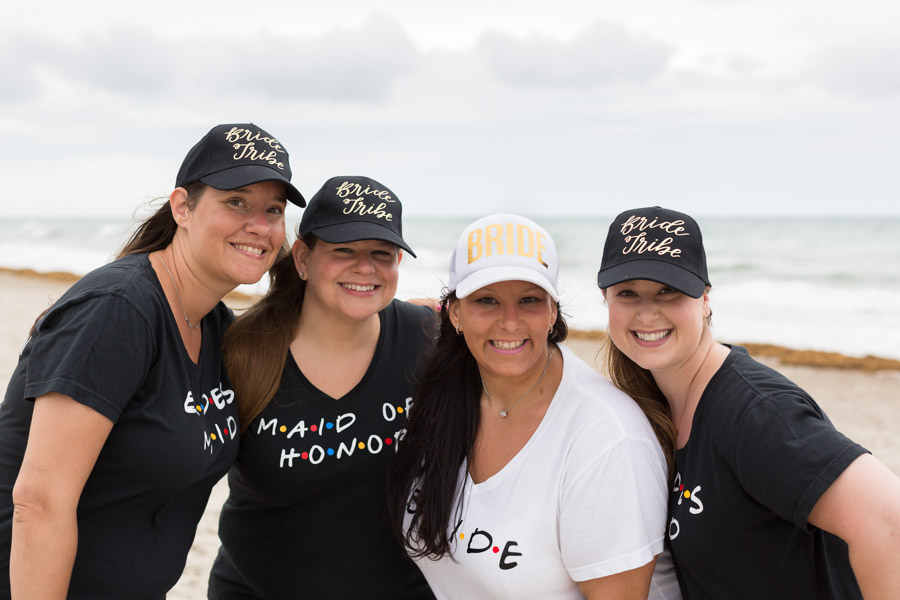 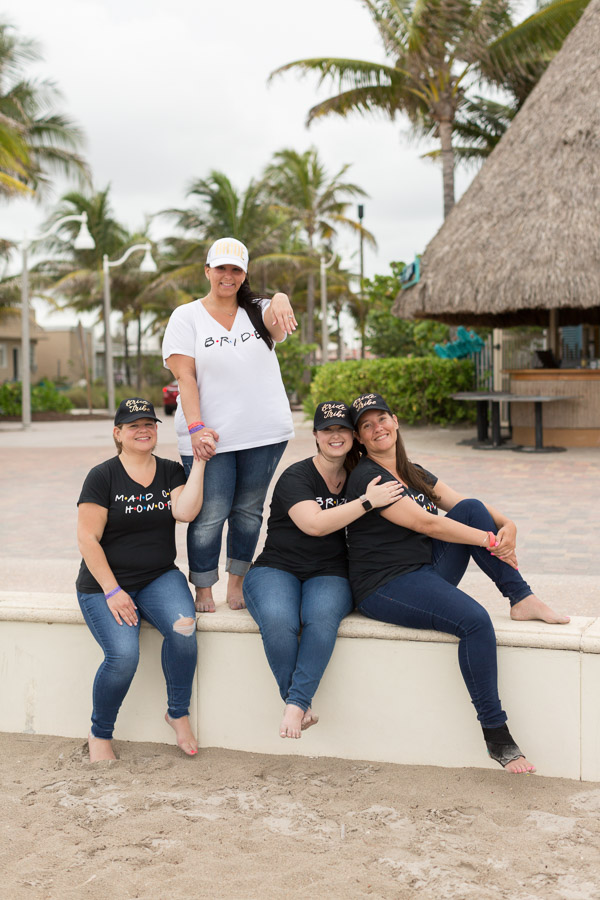 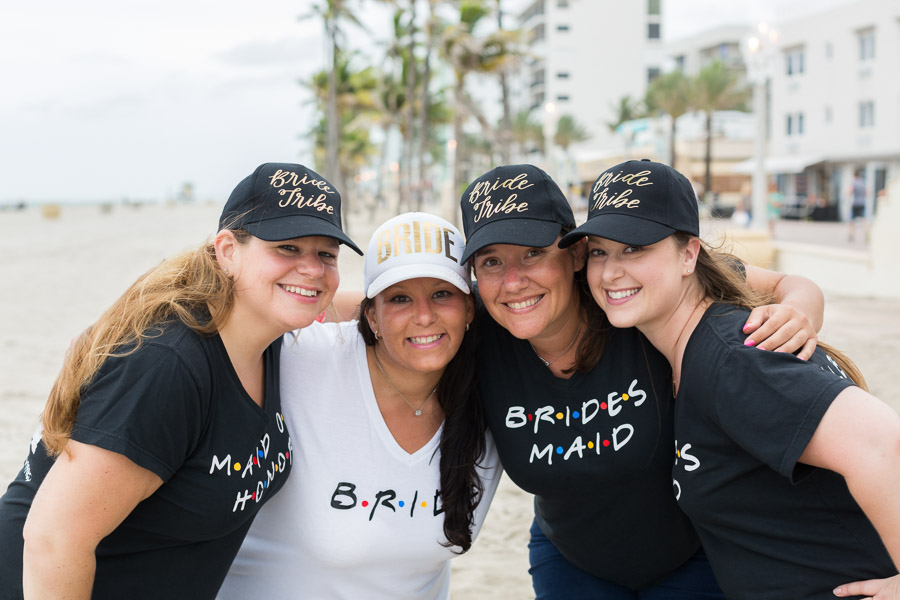 This was such a fun photo shoot! Jennifer’s friends planned a bachelorette weekend for her and in turn she wanted to surprise them with a photo shoot. She had custom shirts and hats made for everyone. If you didn’t realize by now her favorite show is Friends 🙂 They were staying the Margaritaville Holllywood Beach Resort. The plan was to photograph around the resort and on the beach.

Our beach plans nearly got nixed as a couple of hours before the session it started raining and it was quite windy as well. We talked over the phone and she said she wanted it to happen no matter what. She said there were plenty of places in the resort where we could photograph. I loved her positive attitude. I arrived at the resort early to look around and find the best spots to photograph. Even though it was a little dark indoors, there were still some areas we could use. After photographing in a several different areas inside, the rain stopped! We were able to spend a good portion of the session outside by the water. The nice part is that after it rains the beach is cleared out so there were few people around. I had such a blast with these four!

Even better was her reaction after seeing the photos:

Again I wanted to say Thank You so much for last Friday. Myself and the girls had a blast taking pictures. We were all so comfortable with you and you made it super easy and fun for us. The photoshoot was by far the best part of my bachelorette celebration. Everything worked out perfectly on the resort grounds and was super excited we were able to still get onto the beach too despite the unexpected wet weather right before the shoot. I just looked at the entire gallery and I am blown away. The pictures came out unbelievable!!!!

Check out all of the bachelorette photography sessions on the blog. Contact me to book a photo session or email [email protected] 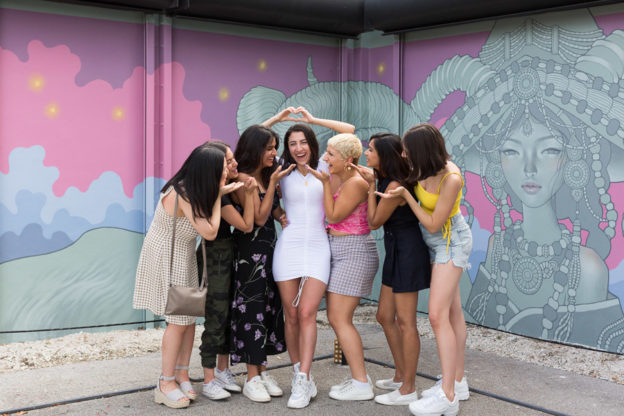 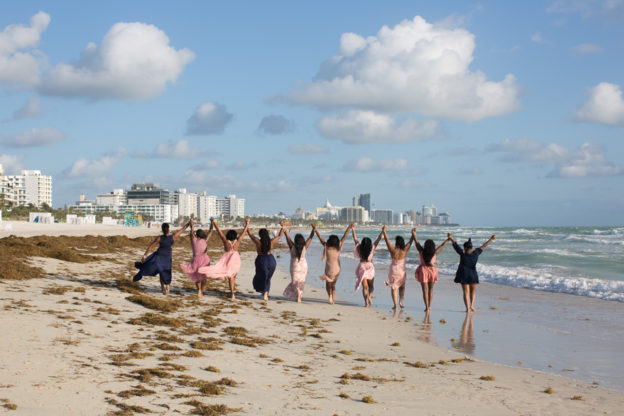 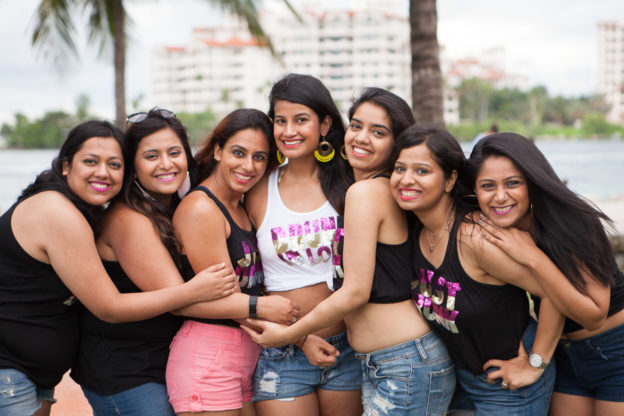