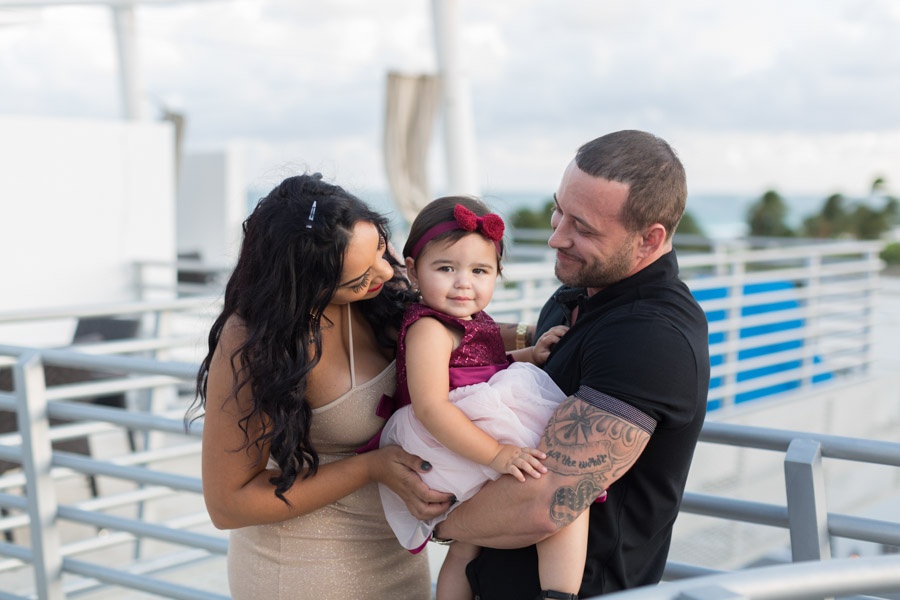 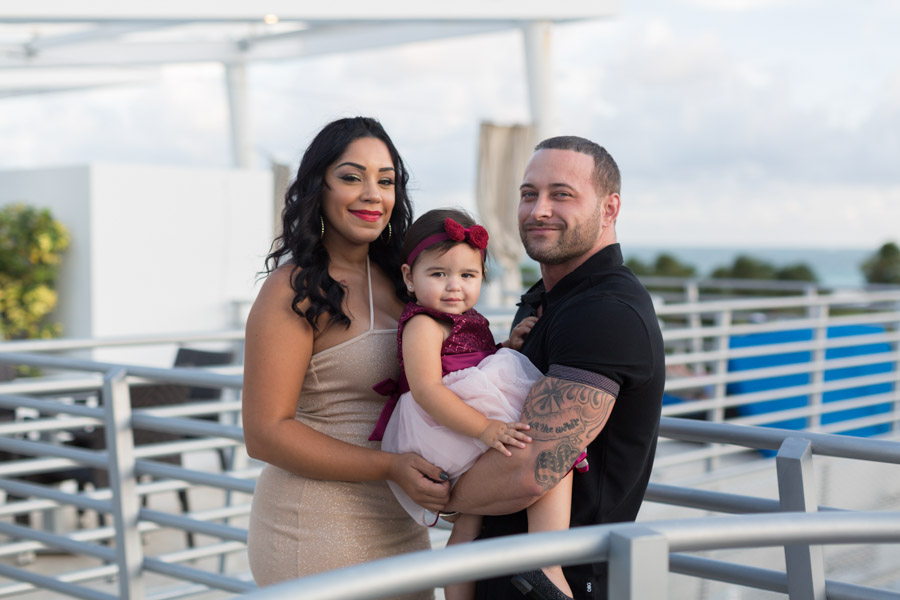 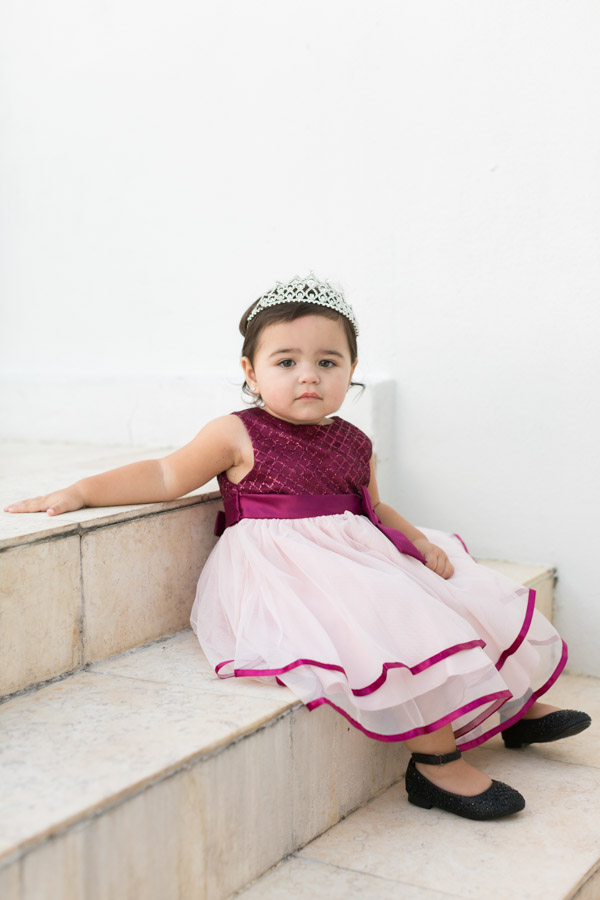 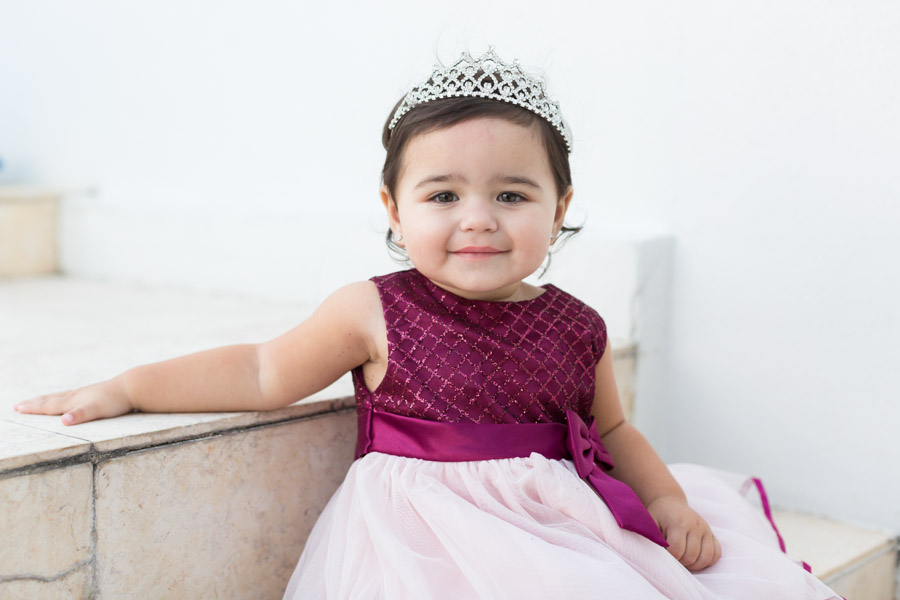 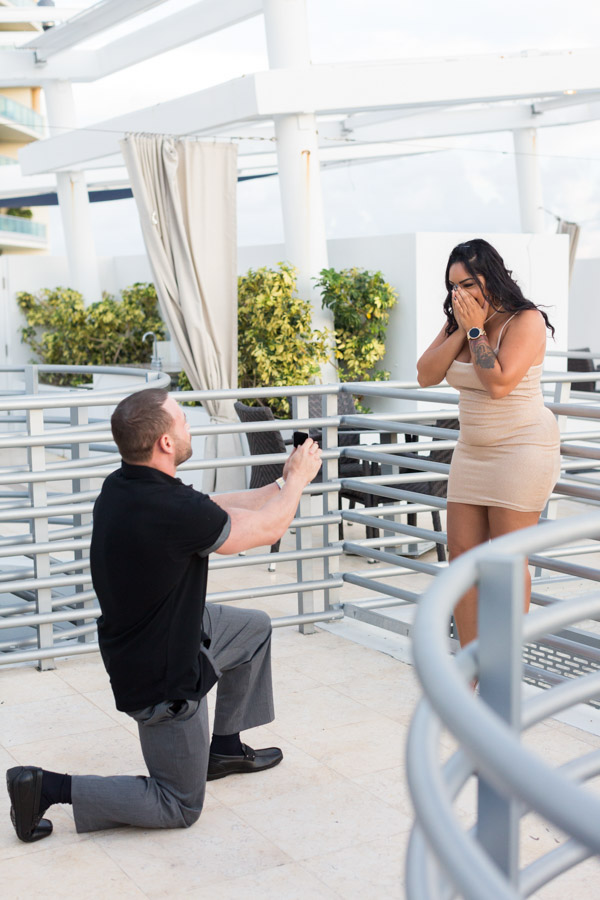 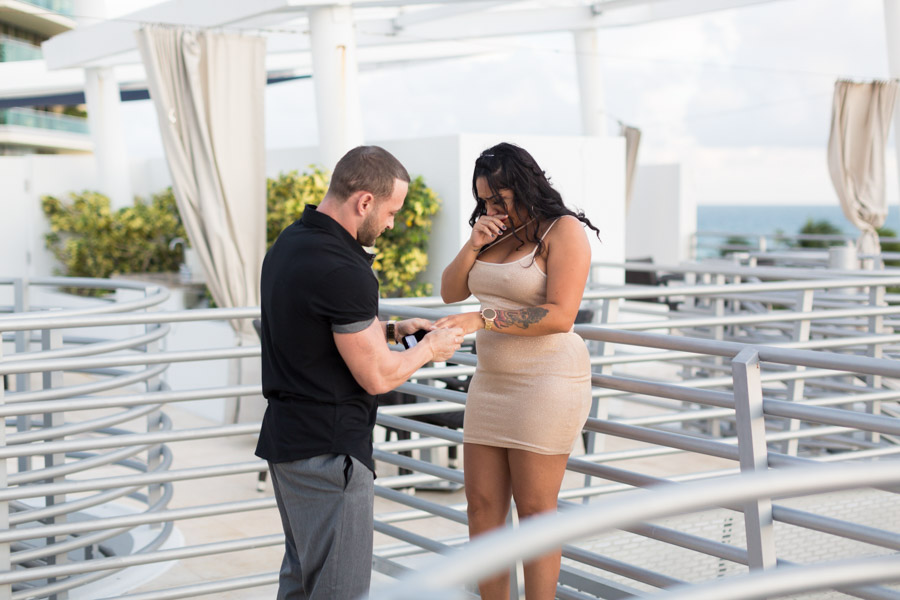 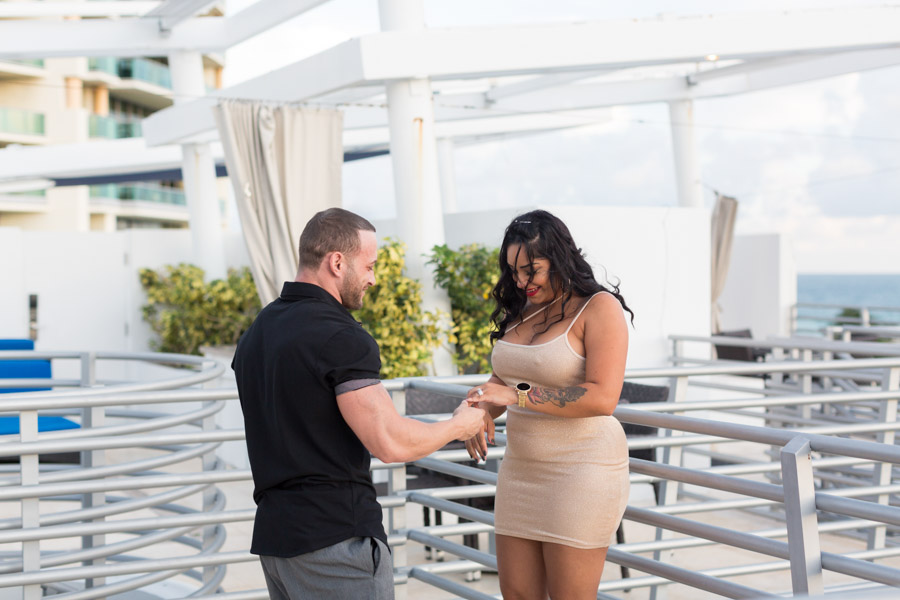 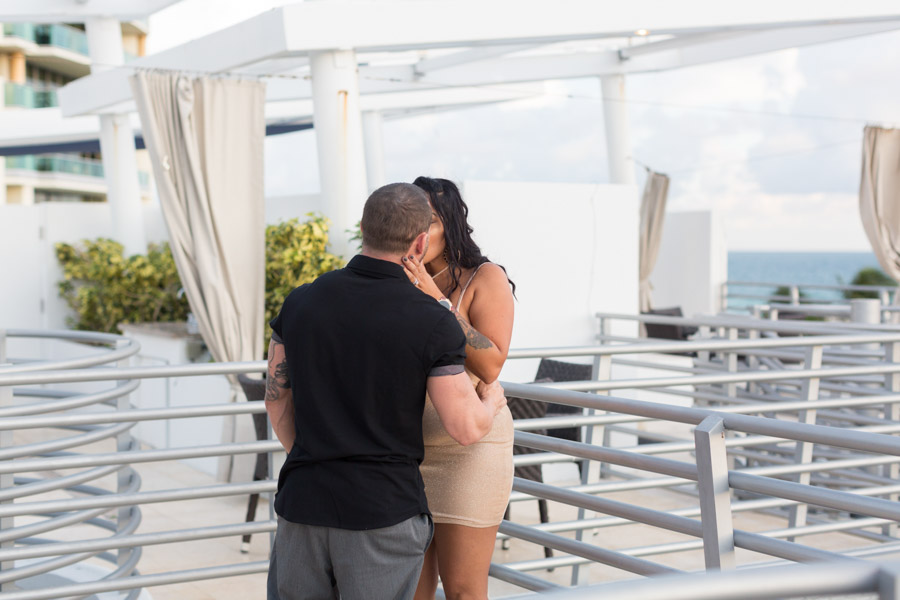 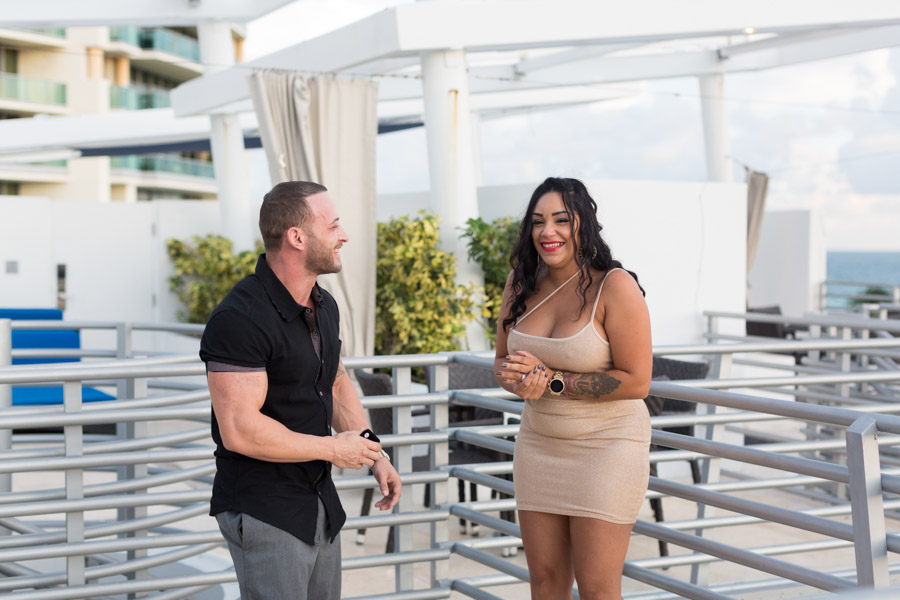 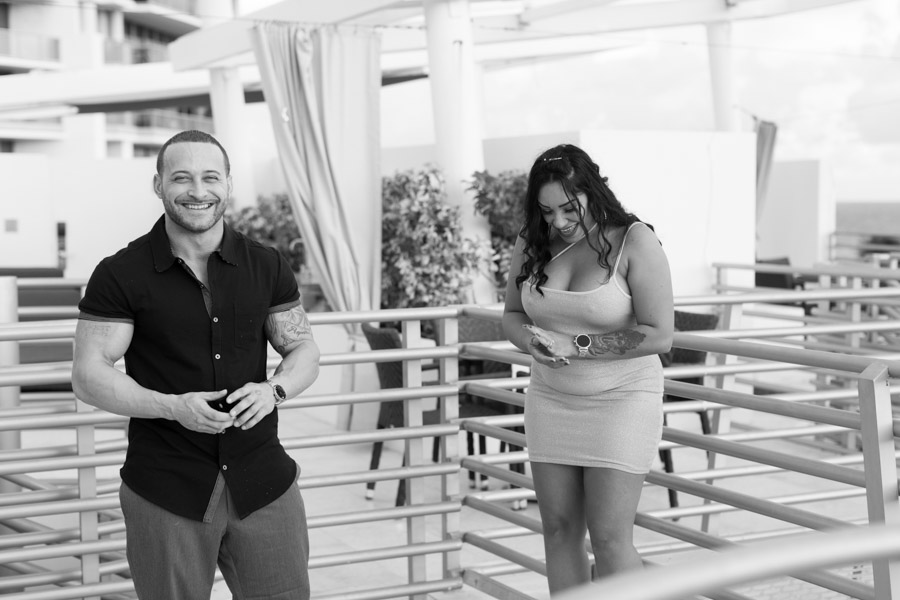 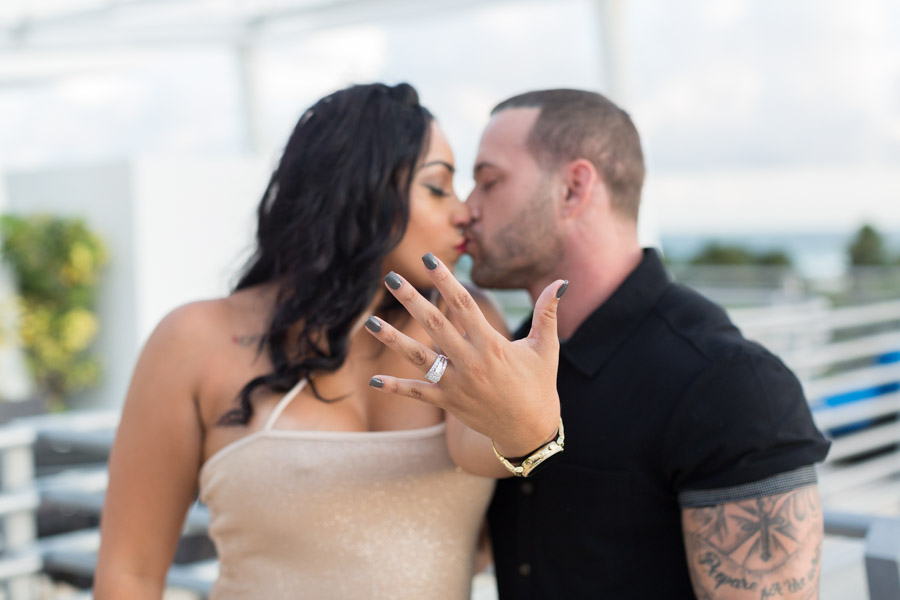 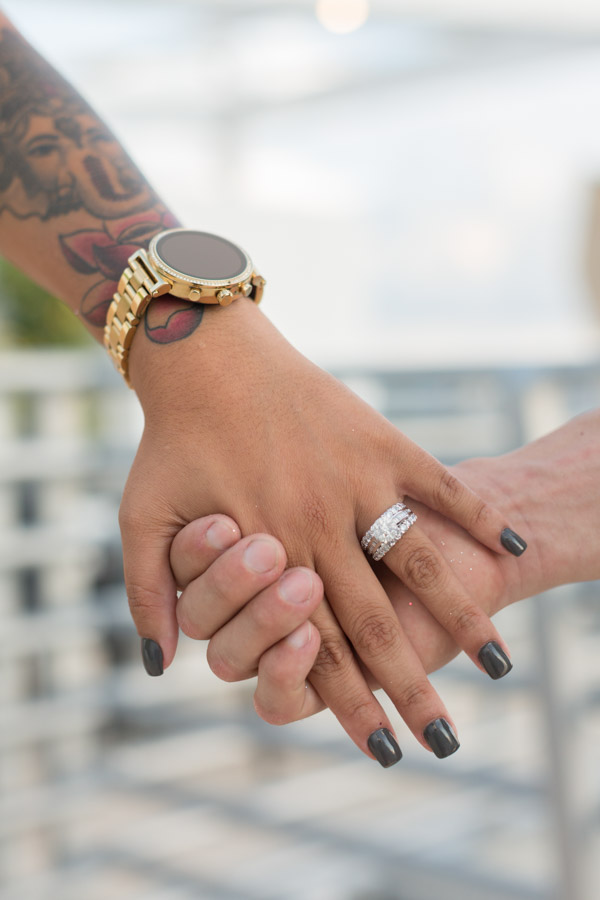 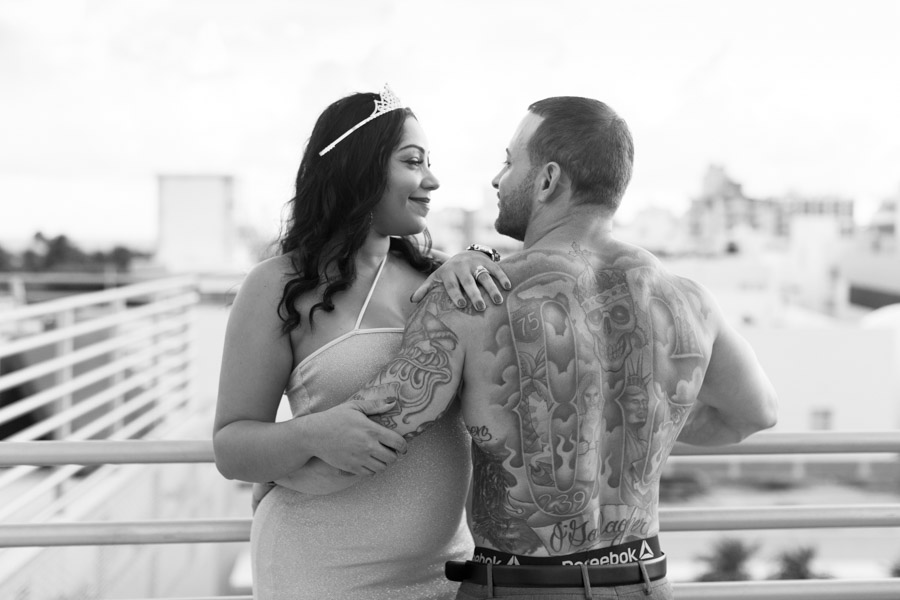 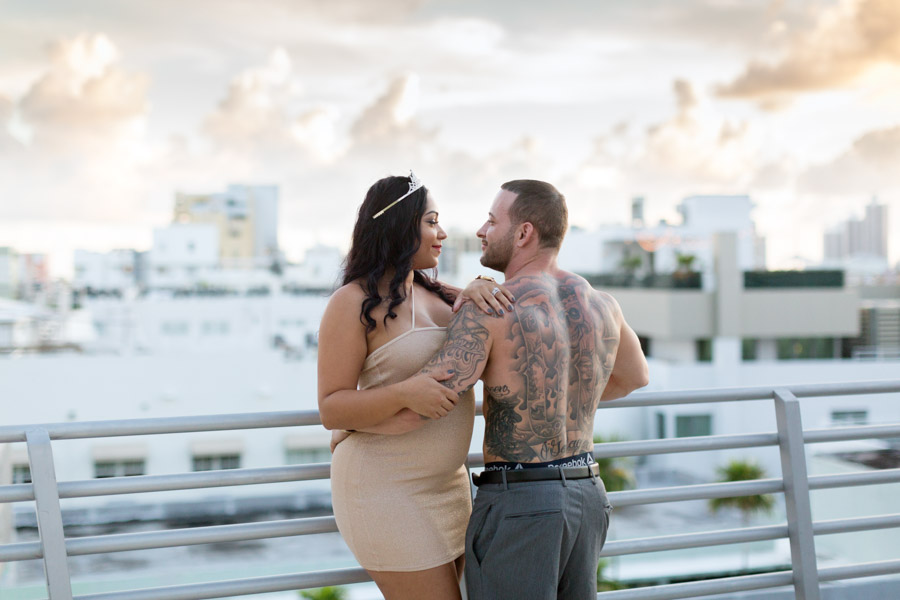 The Plan: Ryan wanted to propose to his girlfriend on the rooftop of the Z Ocean Hotel South Beach. His idea was to for me to start out photographing the entire family, take some individual photos of his 1 year old daughter, and then some of just him and his girlfriend. I would then take some solo shots of his girlfriend. For one photo, I would tell her to look out over the balcony which would be his cue to get into place on one knee behind her. I would then tell her to turn around and he’d pop the question.

How it went down: The rooms at the Z Ocean Hotel have their own rooftop space. So I met them in their suite and we walked out directly to the rooftop. I photographed them and their very adorable little girl. They put her in a crib with a toy and she watched as I photographed her parents together. I told Sam to face the water and Ryan got down on one knee behind her, with his hands holding the open ring box in front of him. When I told her to turn around, she saw Ryan and was in complete shock. She covered her mouth with her hands, getting emotional as Ryan asked her to marry him. She said yes!! He put the ring on her, they embraced and we took a few more photos as the sun was setting.

Sam said she usually knows exactly what Ryan is up to, but she literally had no idea! He built up this idea of getting family photos taken, so she really had no idea he was actually planning a surprise proposal. He left me this review after the session:

“Tova did an amazing job helping me surprise my fiancée with a proposal photo shoot, she was also great with my 1 year old daughter & was able to keep her smiling for pictures which is no easy task.”

Check out all of the surprise proposals on the blog. To book a session, fill out the contact form or email me directly at [email protected] 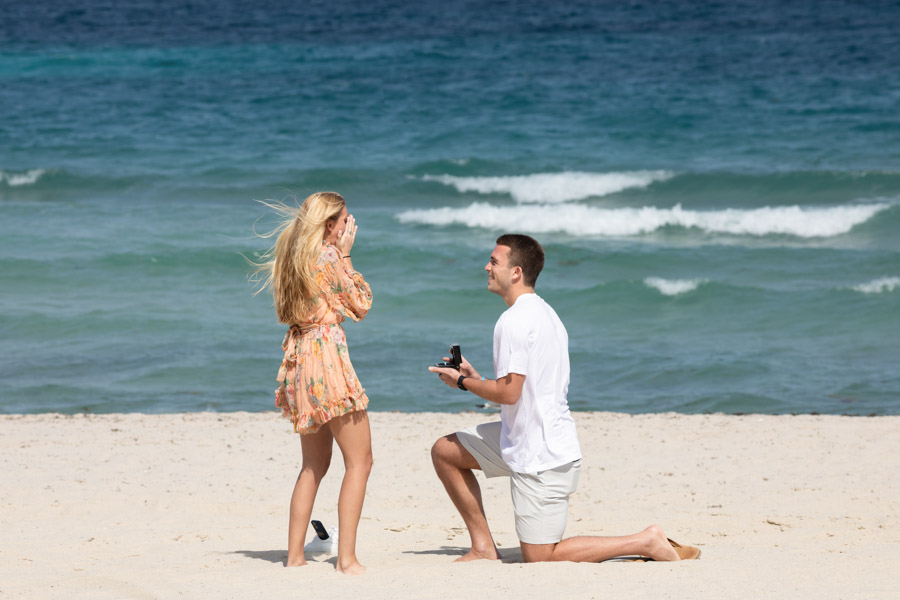