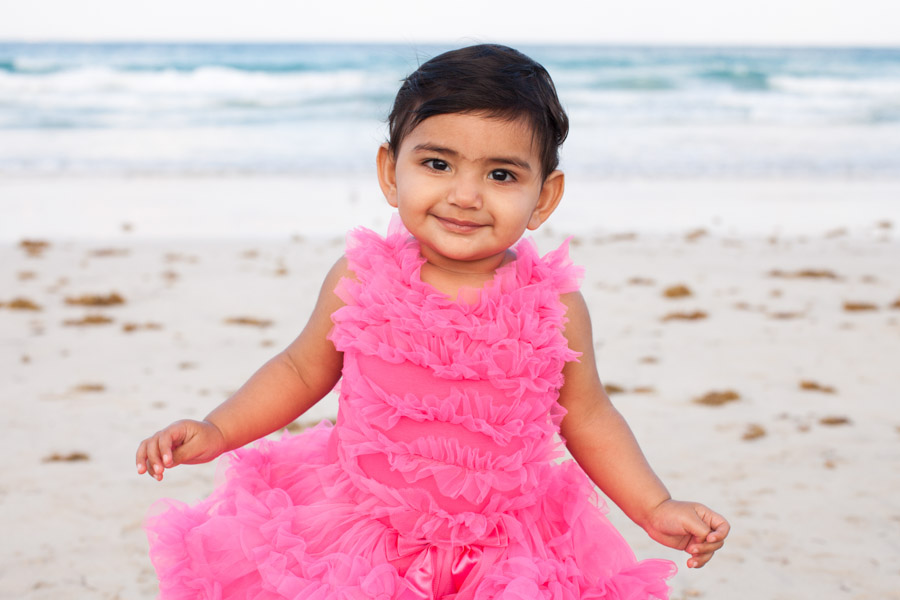 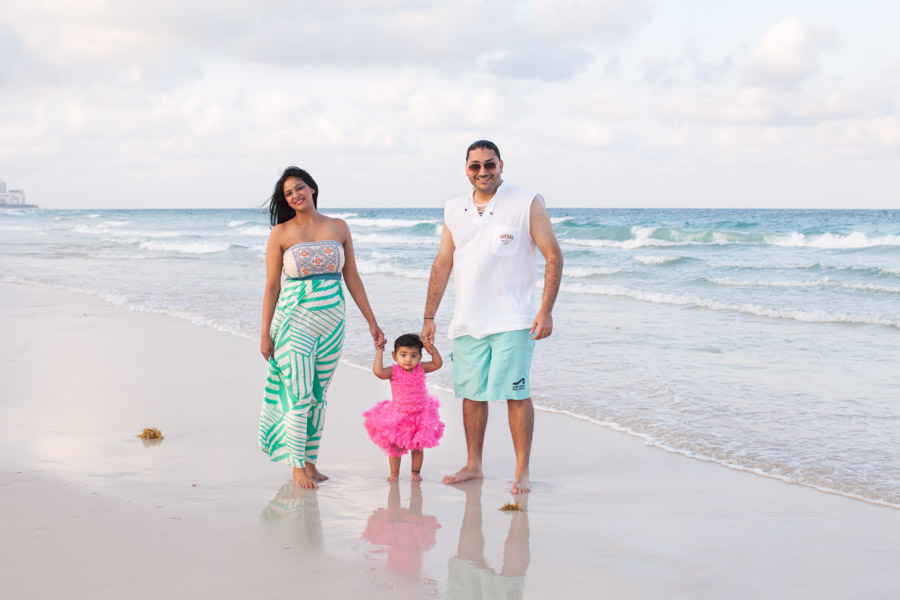 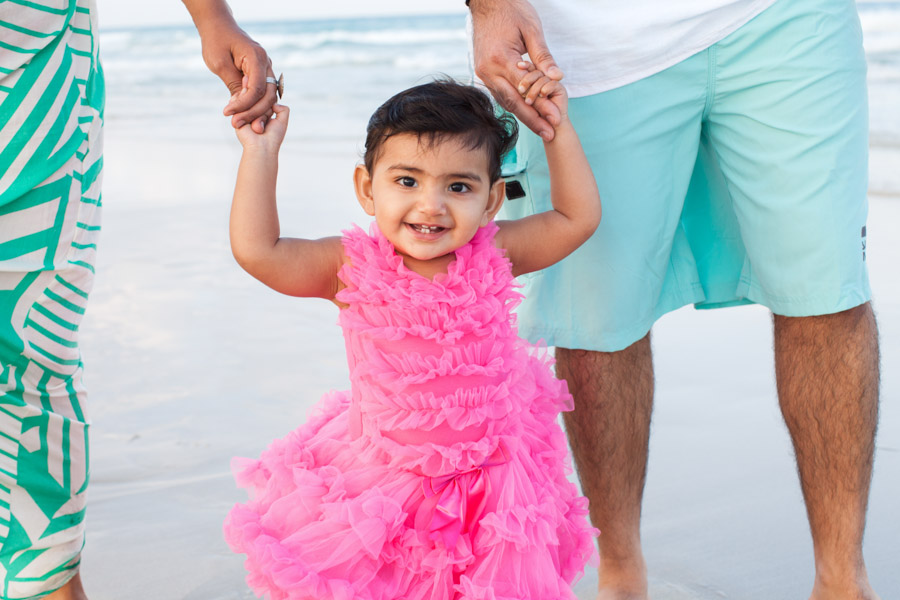 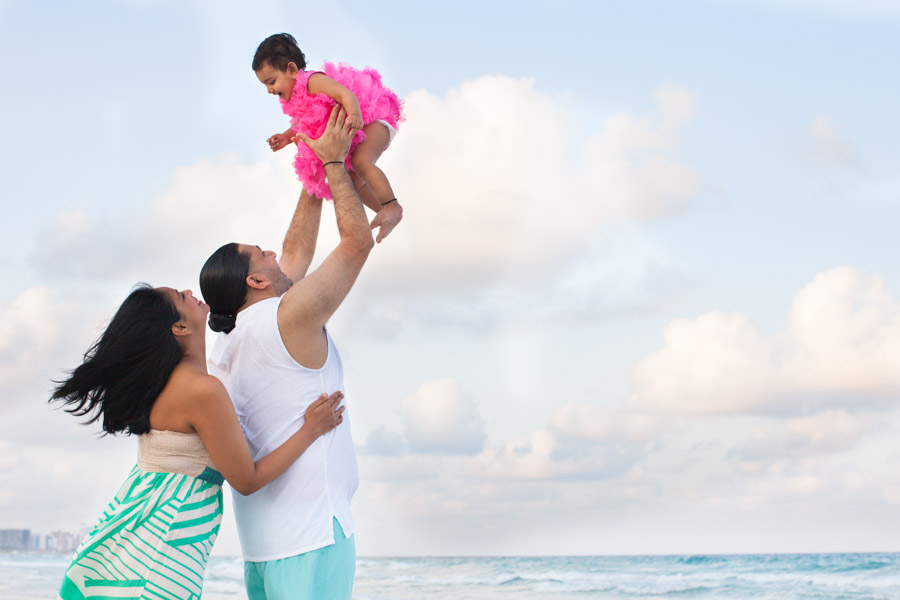 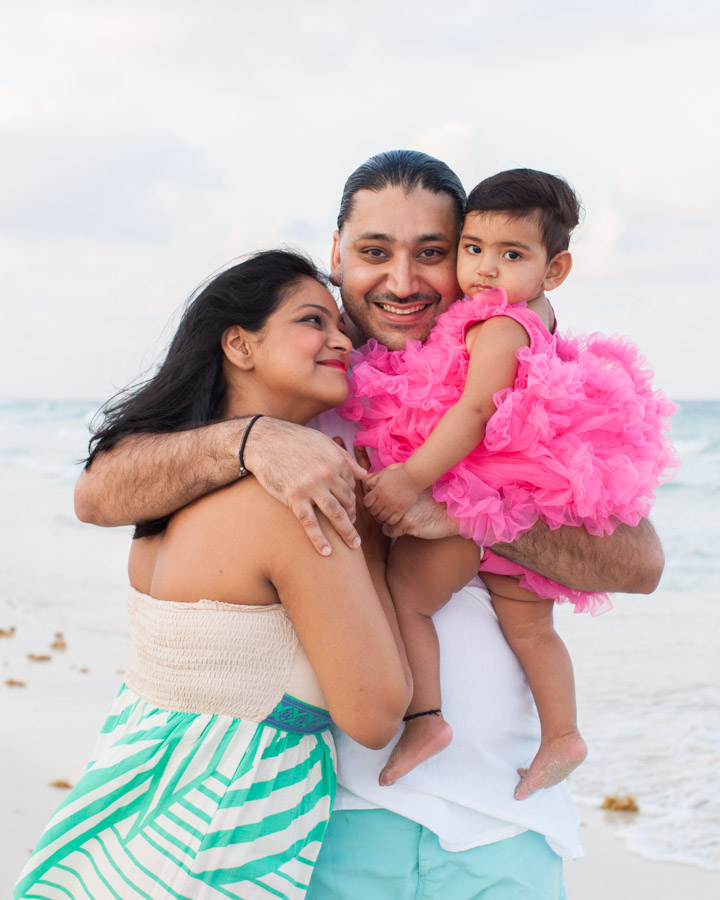 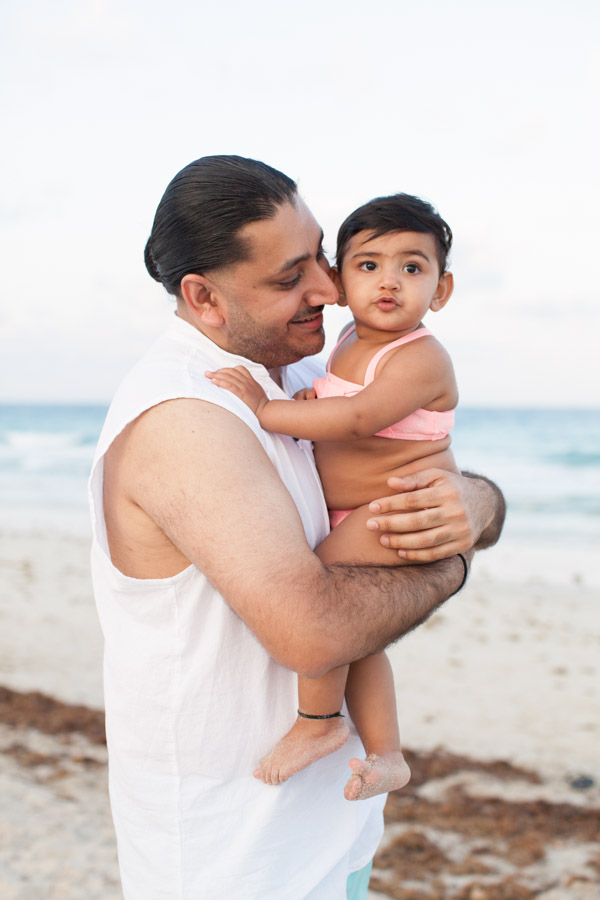 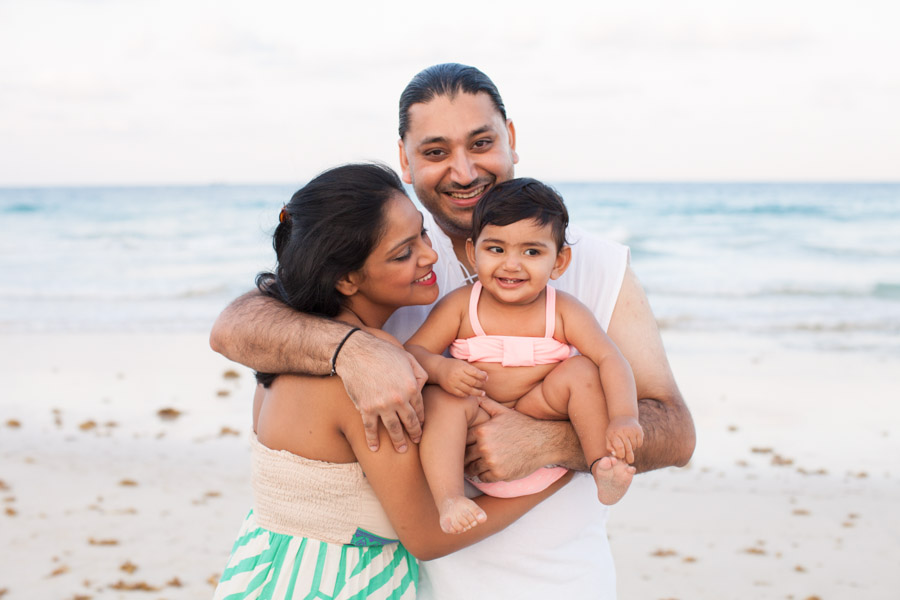 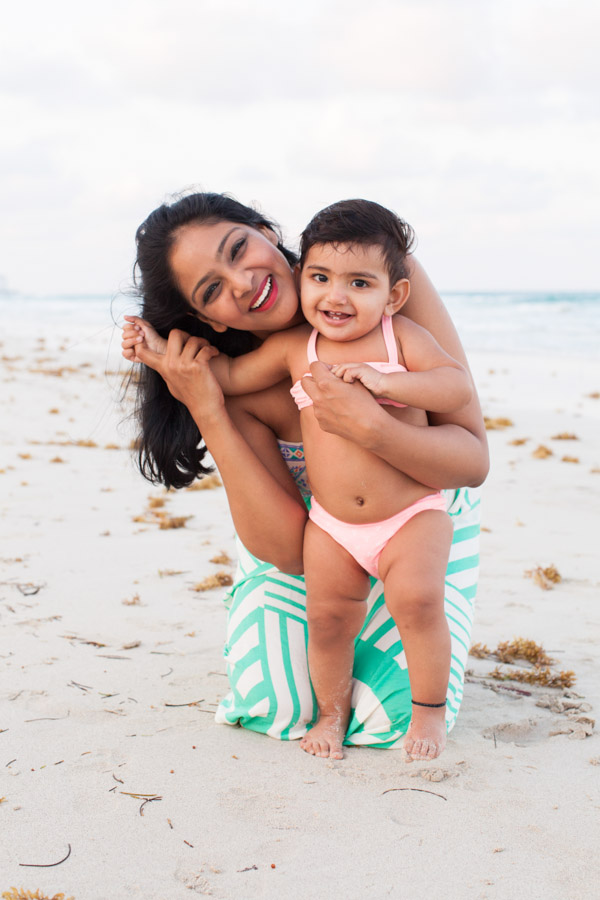 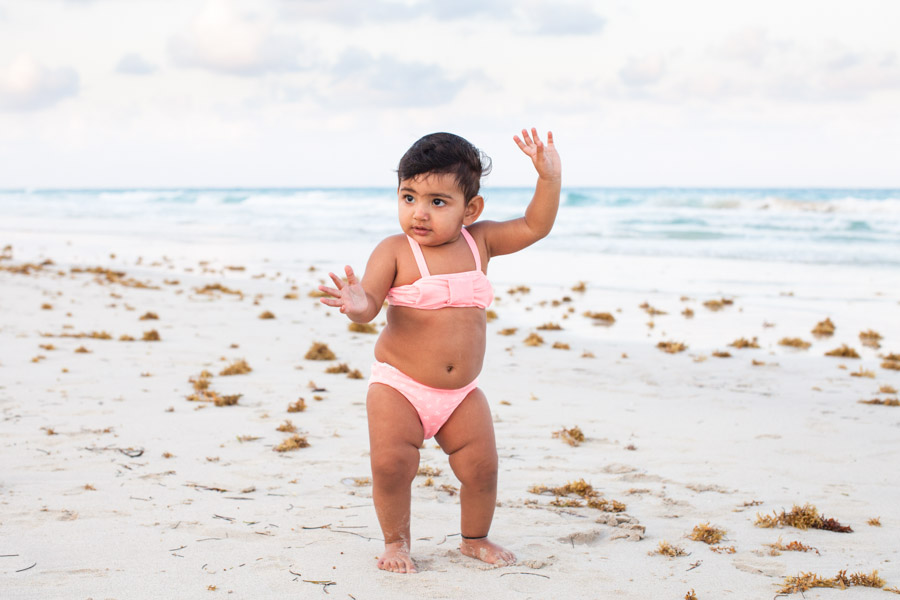 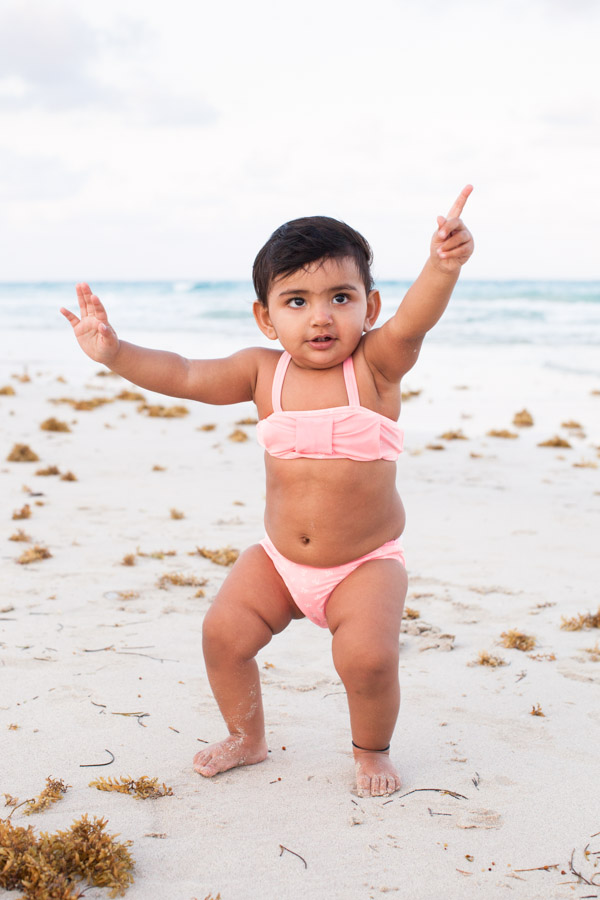 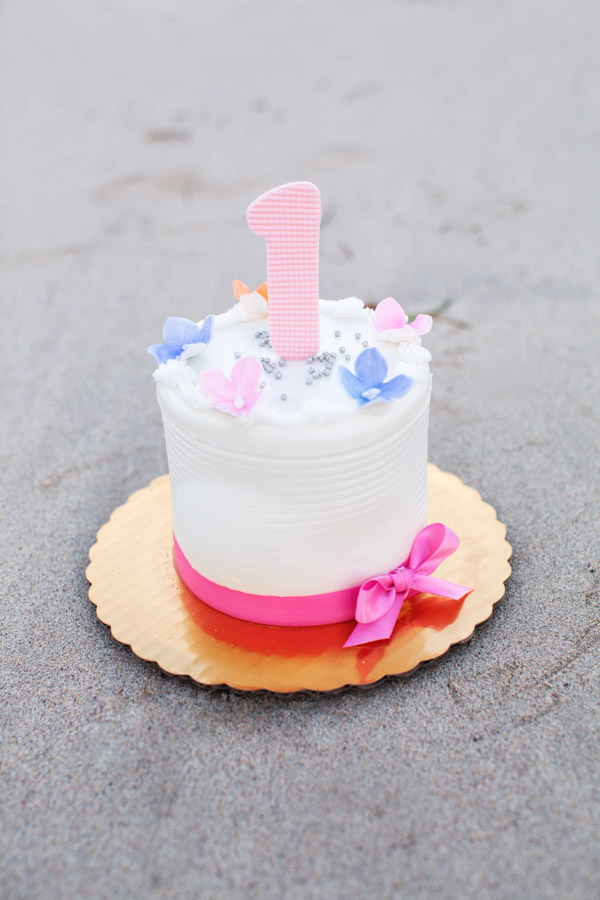 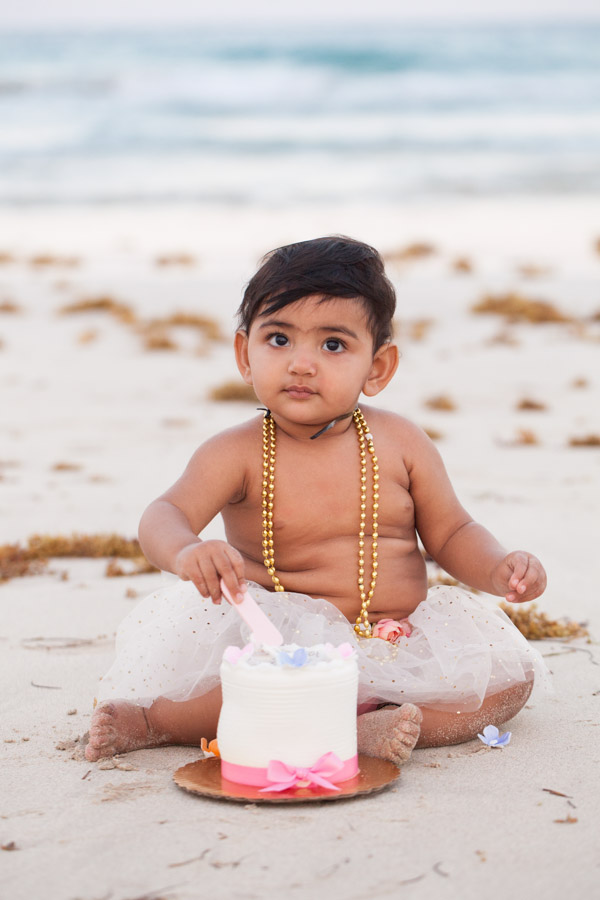 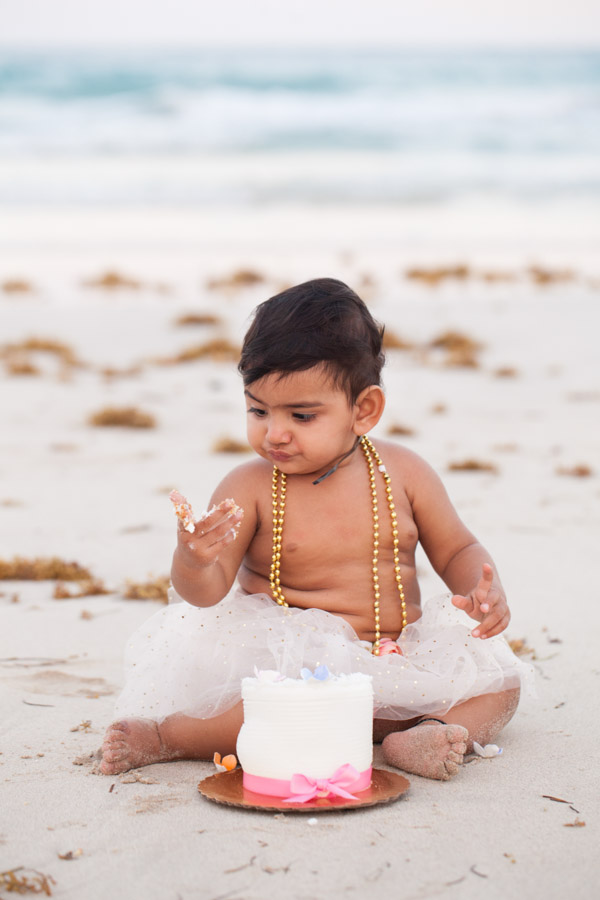 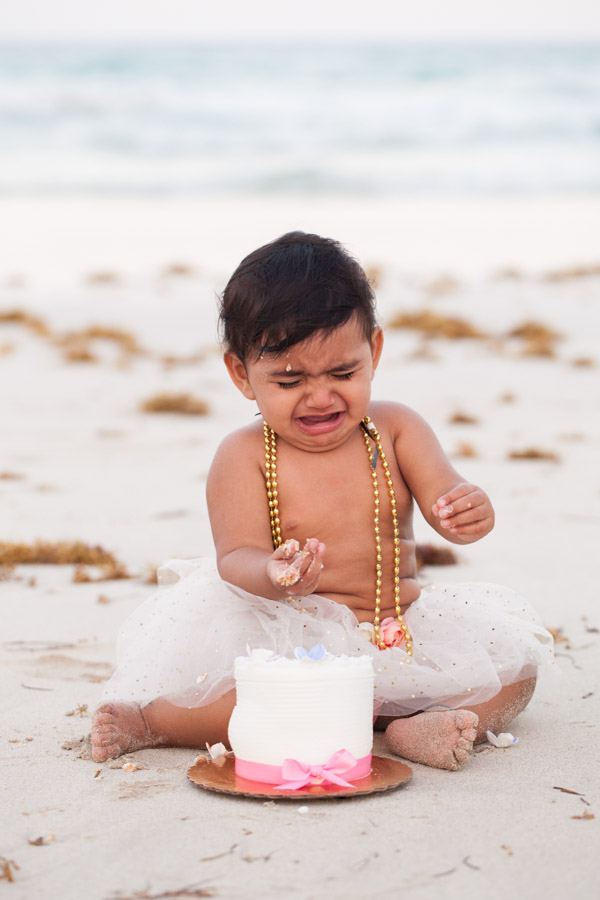 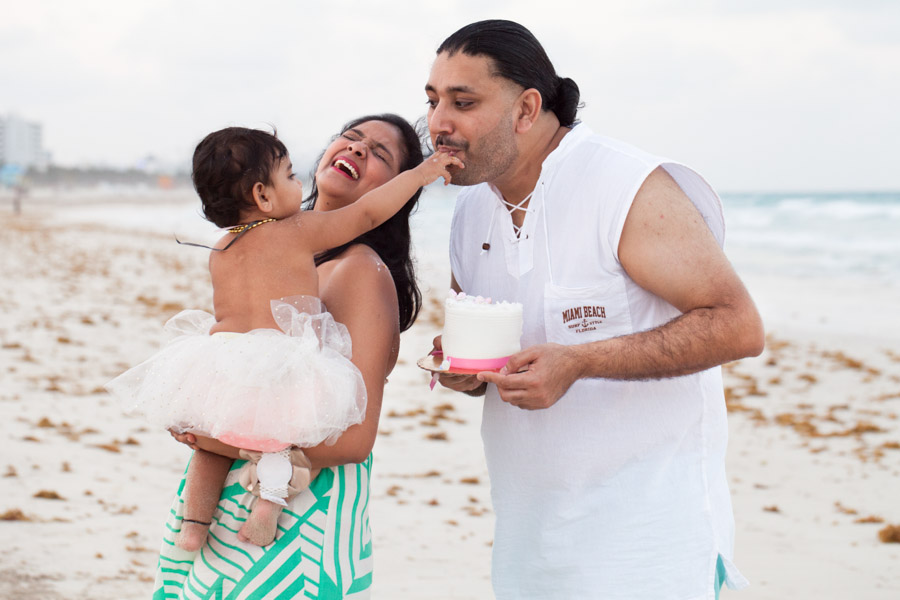 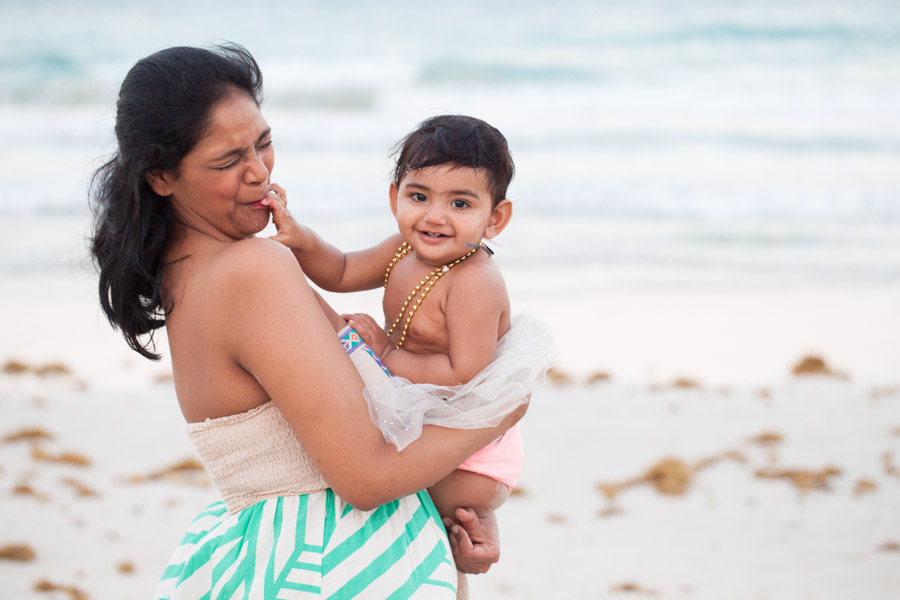 She wanted to make sure she documented her daughter’s first birthday milestone. Life is too short, and before we know it, kids are 5, 10, 20 years old. You know that feeling when you stumble upon an old photo and you completely forgot that they ever looked like that?! The photos that show the relationship we had with a loved one are the ones I treasure most. And so I adore the photos from this session that show some hilarious moments with her mom and dad.

Her parents brought along a few outfit changes, balloons (that sadly flew away), and a gorgeous cake from Cake Lounge in Coral Gables. We started off with some family photos until their daughter began to warm up (she was shy in the beginning but that didn’t last too long!). They changed her into an adorable bikini and her dad began to play some music on his phone. She had us laughing so hard with her crazy-cute dance moves.

As the sun began to set, it was time for the cake smash. They had a crown for her that she quickly took off (all too common :), and then they placed the cake in front of her. What was so funny is that we were all expecting her to dive right in and begin devouring it…. but noooo instead she was wondering what is this?!

She took off the decorative “One” and then dipped her fingers in. Her parents were cheering her on to eat it! But the dirty, sticky fingers were just too much. She began crying so her parents went over to console her and show her and delicious it was lol! She instead she began to happily feed it to her parents instead 🙂

This First Birthday Cake Smash session in Miami took place at South Pointe Park in South Beach, Florida before sunset. Read Everything you should know about Smash Cakes.

Some Cake Smash Tips to prepare for your session: 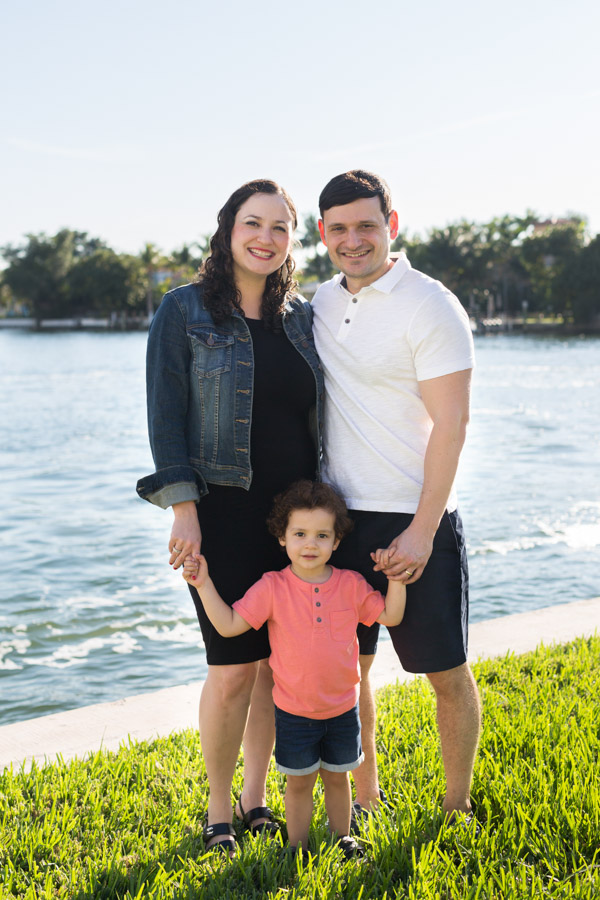 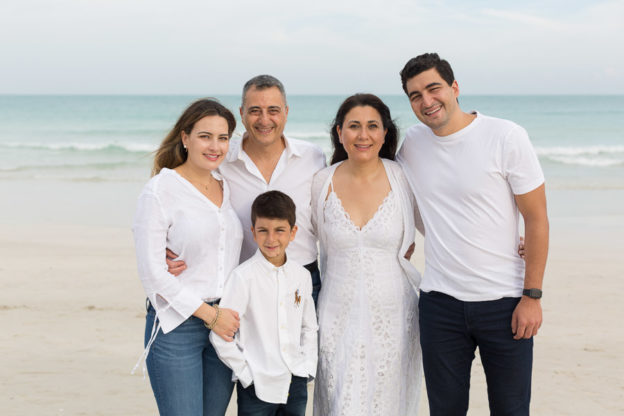 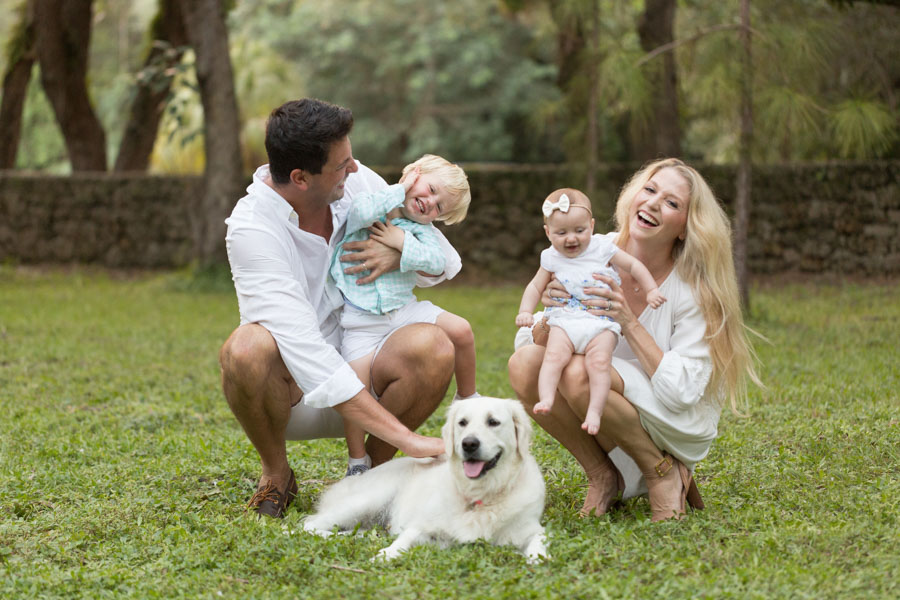